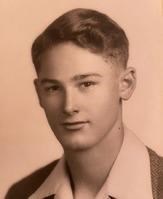 BORN
1925
DIED
2021
FUNERAL HOME
Neptune Society of Northern California - Sacramento
5213 Garfield Avenue
Sacramento, CA
UPCOMING SERVICE
Celebration of Life
Dec, 4 2021
11:00a.m.
Woodland Christian Church (Disciples of Christ)
Send Flowers
Roy Merwin Holmes
November 28, 1925 - October 31, 2021
Woodland, California - Roy Merwin Holmes passed away on October 31, 2021. He was born on November 28, 1925. His parents were Lester J. Holmes and Sarah Elizabeth (Merwin) Holmes of Clarksburg, California. He grew up on his family farm in the Delta with his three siblings, Joseph, Doris, and Leonard. He attended Clarksburg Elementary School and graduated from Clarksburg High School in 1943. Immediately after graduation before he was 18, he enlisted in the Army Air Corps and served until 1945. While he was waiting to be called up he attended Sacramento Junior College. Upon his discharge from the service he attended UC Davis, majoring in agriculture. While there, he became a charter member of the Cal Aggie Flying Farmers.
It was at UC Davis that he met Mary Joanne Leask. They were married in 1948 and began life together in Clarksburg where Roy farmed with his brother, Joe Holmes. All five of their children were born during their years in Clarksburg. They expanded their family in the early 70's when they opened their home and their hearts to a Japanese exchange student who lived with them for a year. Sechiko Suzuki became a well loved member of the family. Animals were always a part of Roy's life, his affection for them was only eclipsed by his love for his grandchildren and great grandchildren.
Between 1968 and 1977, Roy farmed with Newhall Land and Farming Company, River Garden Farms, and Demeter Corporation, moving between Madera, Knights Landing, Merced, and then Woodland. He left farming in 1980 for a second career in real estate until he retired.
While farming and raising his children with Mary Jo in Clarksburg, Roy was very involved with Scouting, Rotary, and Farm Bureau. He was a member of the Courtland Masonic Lodge and Clarksburg Community Church. He served on the board of the Friends of the Clarksburg Library which established the first library in town. As a young man, Roy was part of an entertainment group called The Mix Masters, participating in song and dance skits. He and Mary Jo played bridge with a bridge group which was together for over 50 years.
Serving one's community was an integral part of Roy's character and he spent his life living up to the ideals of Scouting, earning the Silver Beaver Award; and Rotary, where he was a six time Paul Harris Fellow. In addition to his work with Scouts and Rotary, he served on the Woodland Literacy Council Board and enjoyed participating in Toastmasters. He also assisted with Meals on Wheels.
Roy was a beloved member of the Woodland Christian Church, Disciples of Christ. He spent years on the finance committee, acted as board moderator, elder, worship leader, and sang in the choir with Mary Jo. He attended prayer groups and bible classes. Church attendance was important to him and during the lockdown period of the Covid 19 pandemic he enthusiastically adapted to the technology and rarely missed a Zoom church service.
Roy loved flying. He earned his wings while in the Army Air Corps and flew as much as he could as a Cal Aggie Flying Farmer. He continued to fly every chance he got throughout the rest of his life. At the age of 92 he went on his last flight, co-piloting a 1950s-Era flight trainer out of Watts Airport. When the passage of time made flying more difficult, Roy adapted and joined the Woodland Davis Aeromodelers club, building and flying remote control airplanes and teaching others to do the same.
Roy and Mary Jo shared many adventures in their wide flung travels to Alaska, the British Isles, Mexico, and many of the 50 states. But their most special time was spent at their beloved cabin at Echo Lake.
Roy was a quiet, gentle man who never knew he was 'movie star handsome'. He was always courteous and gracious, setting an example of how to live for his children and all who knew him. He and Mary Jo shared a deep and abiding love built on honesty, respect, friendship, and lots of humor. They were an inspiration for many. We are grateful beyond words that we were blessed to have him as our father, and know he is once again flying high with his beloved Mary by his side. We know he rests in peace, but there's a mighty big empty space at the head of the table.
Roy was predeceased by his wife of 71 years, Mary Joanne Leask Holmes, his parents, Lester and Sarah Holmes, his brothers Joseph and Leonard, his sister Doris Reeves, and daughter-in-law, Pam Wolosz. He is survived by his children Lydia (Roger) Morgan of Citrus Heights, CA, Dan (April) Holmes of Ventura, CA, Marjorie (David) Brown of Woodland, CA, Rebecca Holmes of Helena, Montana, Jim (Pam) Holmes of Ashland, OR.; his grandchildren Matt (Rebecca) Holmes, Ben (Naomi) Holmes, Sam (Heather) Morgan, Lydia Holmes and Zeke Holmes; Great grandchildren, Ethan, Ryan and Owen Holmes, Saige, Ivy and Judah Morgan.
A Celebration of his wonderful life will be held Saturday, December 4, at 11:00 am at the Woodland Christian Church (Disciples of Christ). Please know that masks will be required. 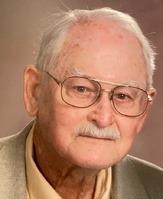 Published by The Sacramento Bee on Nov. 28, 2021.
To plant trees in memory, please visit the Sympathy Store.
MEMORIAL EVENTS
Dec
4
Celebration of Life
11:00a.m.
Woodland Christian Church (Disciples of Christ)
CA
Funeral services provided by:
Neptune Society of Northern California - Sacramento
MAKE A DONATION
MEMORIES & CONDOLENCES
Sponsored by Sacbee.com.
4 Entries
May God bless you and your family in this time of sorrow.
The Mendoza Family
November 28, 2021
Handsome man with a very lovely life, very productive. Rest in Peace in Heaven. Blessings. (I rode horses in Clarksberg, lovely land.)
Theresa Eve
Other
November 28, 2021
Jim, As I said before great memories of your dad at river garden farms, cub scouts, baseball and many more. Just know he is with your mom enjoying watching over you and your family
Jeff Gilbert
Friend
November 27, 2021
Offering our deepest condolences during this difficult time.
Neptune Society of Northern California
November 27, 2021
Showing 1 - 4 of 4 results