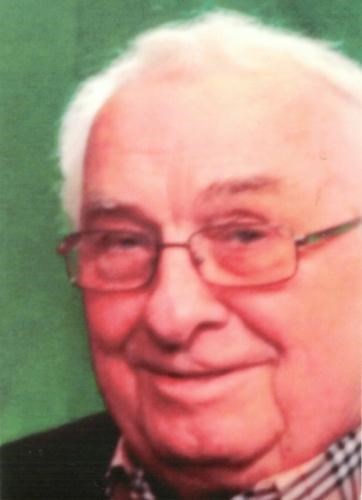 FUNERAL HOME
Wakeman Funeral Home
1218 N Michigan Ave
Saginaw, MI
Kring, Mr. John M. Saginaw, MI Passed away on October 11, 2014, at the Cartwright Hospice Residence. Age 80 years old. The son of the late Merle and Thelma (Headley) Kring was born on March 18, 1934, in Petoskey, MI. John was a graduate of Alma College. While attending Alma College he was a member and co-captain of the football team. He married his college sweetheart Louise Roths on December 22, 1956. She survives him. His career in education began in Greenville, MI teaching and coaching for the public schools. As a recipient of the National Science Foundation Scholarship, John received his Master of Science degree in Mathematics from Southern Illinois University. John then moved to Bay City in 1961, as the Assistant football coach at Bay City Handy. In 1962, he moved to Saginaw where he taught mathematics and coached football at Arthur Hill High School. He started the wrestling program at Arthur Hill High School as well as in Greenville. His career advanced with the Saginaw Public Schools into administration as the Assistant Principal of Arthur Eddy and Central Junior High Schools. He retired in 1991. In 1998, John was inducted into the Bay County Sports Hall of Fame. After retirement, John continued teaching skilled math at Delta College as an adjunct professor. John was a member of the Saginaw Club and most recently the Saginaw Country Club. He enjoyed playing golf and loved sports. He was an avid duplicate bridge player. Surviving besides his wife of 58 years are two daughters, Katharine (Michael Dugan), Rochester, MI and Kristine, Saginaw, MI. Five grandchildren; Christopher, Madeline, Peter, Lauren, and Trevor; his sister, Gloria Hull, Petoskey, MI, and cousin, David Kring, Harbor Springs, MI. He was also predeceased by a brother Wayne Kring. The family would like to express their sincere gratitude for the kindness extended by the caregivers and therapists at HealthSource, Covenant Hospice nurses, and the caregivers at Cartwright Hospice Residence. In accordance with John's wishes cremation has taken place. The Celebration of John's Life will be held at 3:00 p.m. on Friday, October 17, 2014, at the Wakeman Funeral Home, Inc., 1218 N. Michigan Ave., Saginaw. Rev. Fr. Joseph A. Schabel will officiate. Friends are welcome to visit with the family at the Wakeman Funeral Home, on Friday, from 1:00 p.m. 3:00 p.m. Those wishing to express their sympathies are asked to consider memorial contributions, in memory of John, to HealthSource Saginaw, VNA-Covenant Hospice or the Cartwright Hospice Residence. Memories and sympathies of John may be shared with the family on his memorial website at WakemanFuneralHome.com.

Published by Saginaw News on MLive.com from Oct. 13 to Oct. 14, 2014.
To plant trees in memory, please visit the Sympathy Store.
MEMORIAL EVENTS
To offer your sympathy during this difficult time, you can now have memorial trees planted in a National Forest in memory of your loved one.
Funeral services provided by:
Wakeman Funeral Home
MAKE A DONATION
MEMORIES & CONDOLENCES
13 Entries
Great teacher with an excellent sense of humor. Gave me props because I wrestled. Sorry to just read this. RIP.
Jon Grau
September 26, 2015
Coach Kring was my coach in football and wrestling. He was a tough guy with a sly sense of humor. Later on, when I managed a halfway house in Saginaw for adolescent boys with emotional and substance abuse problems, Coach Kring was our major Liaison at AHHS, helping to keep these boys engaged and having successes in school. I greatly value the influence he had on my life.
Michael Head
October 18, 2014
I remember Mr. Kring as a no nonsense Geometry Teacher at Arthur Hill. He used to make anyone caught chewing gum in his class stick the gum on their nose for the rest of the class. Sorry to see you go. My condolences to his family members.
Phil Pfeiffer
October 18, 2014
Sorry to hear of John's passing worked with John at Arthur Hill. Presently in Fla and will not beable to play my respects in person.
Dick Goodman
October 17, 2014
Mr. Kring was a fantastic teacher of math and of life! He taught he how to think mathematically, not just do the work. My brother and I still talk about his class.
I am so sorry to hear of his early passing. He will always be in my fondest of memories.
He liked to call me "Miss Smith" which I got a kick out of. College math and statistics at MSU was a snap after taking his Pre-Calculus class at AHHS.
My thoughts and prayers are with his family and friends.
Mimi Stark - AHHS 1975
Mimi Stark
October 17, 2014
Hugs to you and your family. Thinking of you.
Sue Morley
October 15, 2014
Kris, I'm sorry to hear about your Dad. I spent a lot of time at your house on Hunter and Adams Blvd. many years ago. Prayers to you and your family.
Laurie Beauregard/Ciaramitaro
October 15, 2014
John, you will always be a life master in my thoughts.
JIm Pfromm
October 15, 2014
I loved Mr. Kring for Algebra at AHHS in 1962-63. It was so much easier to understand than geometry probably because of John. I enjoyed his dry sense of humor when I got to know him as a fellow teacher. My sympathies to his family. Rest in peace, John.
karen hoerauf
October 14, 2014
Sorry to hear of Jack's passing he was a great teacher and positive role model for myself and others while coaching the 1961 Valley/myth State Championship team at T.L. Handy high school in Bay City
Bob Morley
October 14, 2014
Great coach, teacher and motivator Deepest regards.
Jay Brooks
October 14, 2014
Mr. Kring was my favorite teacher of all time. He taught me algebra at AHHS in 1962/63. He and his family were members of our church in Saginaw. He asked me several times to just call him John in church, telling me it would be okay with him, but I just couldn't. He'll always be Mr. Kring to me. I respected him so much. I know he will be missed by many of his former students. He was a great teacher.
Kay Meyer Brown
October 13, 2014
Sad to hear of Mr. Krings' passing... my thought and prayers to his family. I had him for Algebra 1 at AHHS...
Kathleen Kennedy Brush
October 13, 2014
Showing 1 - 13 of 13 results