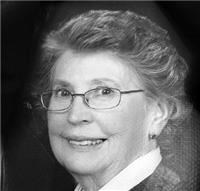 BORN
1937
DIED
2021
FUNERAL HOME
Eddington Funeral Services - King City
429 Bassett Street
King City, CA
The angels came for Arlette Emma Dart, (nee Colnat), on July 12, 2021. She passed away in her home in the loving arms of her family after a long and valiant battle with Alzheimer's disease.
Arlette was born on June 23, 1937 in Ribeauville, France. The daughter of lumberjack, Arlette grew up in a farmhouse high in the picturesque mountains of Alsace overlooking the plains of the Haut Rhin. Being in a remote location, there were no modern amenities such as electricity, telephone or indoor plumbing. The family lived off the land. It was a beautiful life, surrounded by magnificent forests, family and friends.
As a young girl during World War II, Arlette was marked by the war. She had vivid memories of tragedy as well as of kindness, particularly from American soldiers that stayed with her family.
At fourteen, she was sent to a neighboring city, Colmar, to work as a waitress. Several years later, it is at that restaurant that she met a handsome American soldier, Leonard Dart. Len had volunteered to drive the military Chaplin to Colmar to visit his brother, who happened to own the restaurant Arlette worked in. Within a year and a half, they were married and their 62 year adventure began. Immigrating with her new husband to the United States in 1959, they soon began their family having three children: Marie, Denise and Marc.
Arlette was a devoted wife and mother. She excelled at all things to do with homemaking and was a talented seamstress and cook. She spent her Sunday mornings listening to the Hugo Schneider German music radio show, which reminded her of her home, while ironing clothes, pressing and folding them with such precision that rivaled a professional laundry.
She particularly enjoyed spending time with her grandchildren and the grandchildren were fortunate to have been able to spend a lot of time with their "Meme." She showered them with love and affection, as only a grandmother can, indulging their every whim.
Arlette was meticulous and precise with everything she did. She possessed such a sharp, quick mind that she could learn anything she set her mind to. She spoke fluent German, French, English and Spanish, with the last two languages being completely self-taught. She ran two businesses with her husband and managed not only the finances for those businesses, but those of her son's aviation business and Holy Trinity Church as well. When the Diocese of Monterey County modernized their bookkeeping system, Arlette learned to use a computer. Arlette had such a good memory, that family used to joke that there was no need for a phonebook because she knew everyone's number.
Arlette adopted the United States as her home. She was deeply patriotic and was quite proud of the day she became a US Citizen.
Arlette impacted the lives of everyone she knew with her special kindness and grace. She was a devout Catholic and she lived her faith. Arlette was a tireless volunteer. Her hours were spent volunteering for numerous causes close to her heart. She was a member of Holy Trinity alter society, Crisis Pregnancy Hotline, and Life Line. She ministered to the homebound every Friday. For 20 years, her Thursdays were spent at Eden Valley Care Center, where she provided to the spiritual needs of the residents.
She was a Catechist, teaching many youth the foundations of the Catholic faith. Arlette was known as the "church lady" by many, providing clothing, diapers, and formula to those in need. At Christmas, she shopped for hundreds of children in the community. She would don her "Mrs. Claus" outfit, and along with her husband "Santa," they would travel the City of Greenfield, delivering gifts to countless smiling faces.
Arlette was also known for her love of animals, especially cats. She could be found climbing ladders, wood piles, and any other obstacle that an injured or hungry animal could be found. She was known to have the smell of cat food in her car, since she carried bags of food in her trunk.
Arlette is survived by her loving husband of 62 years, Leonard Dart; a brother, Claude Colnat of Schelmenkopf, France; three children, Marie (David) Newell of Carmel, Denise (Robby) Whitlock of Soledad, and Marc (Victoria) of Paso Robles; seven grandchildren, Pamela Bechler, Cassandra (Gabe) Caldera, Philippe Bechler, Clarisse Dart, Emma Dart, Audrey Dart and Kyle Dart; two great-grandchildren, Sienna and Liam Caldera; and numerous nieces and nephews in France and the United States.
The Dart family would especially like to thank the wonderful caregivers that provided for Arlette's every need for the last two years: Judy Franco, Cecelia Martinez, Wendy Romero, Maria Morron, and Jessica Hernandez. Your unconditional love for "Mom" will never be forgotten.
Services will be held at Holy Trinity Catholic Church, Monday, July 19, 2021 at 10 a.m. Rosary will be followed by a Mass. There will be no graveside services. Her final resting place will be in Ribeauville, France. (Masks Required)
Donations in her honor will be appreciated, particularly to any organization supporting the welfare of children and animals.
Arrangements were entrusted to Eddington Funeral Services, 429 Bassett St., King City, (831) 385-5400, www.EFS-Cares.com.
Published by Salinas Valley Tribune from Jul. 14 to Jul. 20, 2021.
To plant trees in memory, please visit the Sympathy Store.
MEMORIAL EVENTS
Jul
19
Service
10:00a.m.
Holy Trinity Catholic Church
CA
Funeral services provided by:
Eddington Funeral Services - King City
MAKE A DONATION
MEMORIES & CONDOLENCES
Sponsored by Eddington Funeral Services - King City.
0 Entries
Be the first to post a memory or condolences.