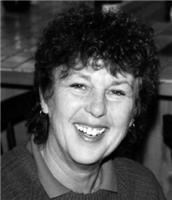 BORN
1938
DIED
2021
Passed away Monday, June 7, 2021 at home with her family by her side. She was born on April 11, 1938 in Gonzales, Calif. Bettie was a 1956 graduate of Gonzales High School.
In 1956, Bettie married Kenneth Emberson of Salinas, Calif., and had a loving marriage for 52 years, raising five daughters and two grandsons. They lived in Salinas for 22 years, then in Arroyo Seco, Greenfield, Calif., for 26 years and in Hemet, Calif., for four years. Bettie and Ken moved back to Monterey County in 2008.
Bettie was a jack of all trades and a master of many. From being a bookkeeper for Mutual of Omaha to becoming a Cosmetology teacher at Wayne's Beauty College, she had many interests. She was a proficient bowler and was on many leagues in Salinas. Bettie was a talented rock mason building rock walls, BBQ pits and much more in Arroyo Seco. She was an avid Genealogist, tracing her family back to the 1500's, placing our family on the Mayflower in 1620, thus becoming a documented member of the Daughter of the Mayflower Society.
Bettie was preceded in death by her father and mother, Thomas Alfred Patterson and Olive (Ollie) Fine Patterson. She was also preceded in death by her brother, Daniel Patterson; and her daughter, Rhonda Jean Emberson-Costa.
Bettie is survived by her sisters, Carldene (Patterson) Rollman and Charlene (Patterson) Day. She is also survived by her daughters, Roberta Emberson (Paul), Alicia (Emberson) Cask (Doug), Wendy (Emberson) Scott, and Myla Emberson (Kevin); thirteen grandchildren: Heidi, Jamie, Jimmy, Robert, Ryan, Richard, Rose, Randy, Aaron, Ashley, Andrew, Dylan, and Tyler. Bettie is also survived by 15 great-grandchildren and three great-great-grandchildren (with a fourth on the way).
She was truly one of a kind and will be dearly missed by family, friends, and anyone who ever had a chance to sit down and talk with her.
A Celebration of Life will be held on July 10, 2021 in Monterey County. Location and times will be given to family and friends when available.
In lieu of flowers, Bettie asked that donations be made to St. Jude Children's Research Hospital.
Published by Salinas Valley Tribune from Jun. 16 to Jun. 22, 2021.
To plant trees in memory, please visit the Sympathy Store.
MEMORIAL EVENTS
Jul
10
Celebration of Life
Monterey County, CA
MAKE A DONATION
Please consider a donation as requested by the family.
MEMORIES & CONDOLENCES
1 Entry
Sincere condolences to all of Bettie’s loved ones. Growing up in Gonzales during our school years was special getting to know her & her siblings. Great family.
Carol Rodoni Yates, Ojai, CA
Carol Rodoni Yates
Classmate
June 13, 2021
Showing 1 - 1 of 1 results