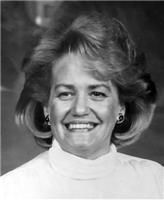 BORN
1931
DIED
2021
Betty Jean Cody of Reno, Nev., passed away on April 9, 2021. Betty was born in January 1931 in Los Altos, Calif. Her parents were Emil C. Meyer and Doris L. Meyer. Betty, along with her four siblings, was raised in King City, where her father was mayor for a number of years.
Betty married her King City High School sweetheart, Tony L. Silveira, late of Greenfield, where they raised five children. She was later married to Melvin Beetle of San Mateo and Buff Cody of Walnut Creek. Betty was preceded in death by both of her parents; two of her husbands (Tony Silveira and Melvin Beetle); her sister, June Gorentz; brother, Donald Meyer; and her oldest daughter, JoAnn Quilty. She is survived by her children, Danny Silveira of Greenfield, Stephen Silveira of Woodland, Calif., Ron Silveira of Los Angeles, Calif., and Pamela Roberts of Reno, Nev.; and by her sisters, Shirley Meyer and Sharon Pursely, both of King City. She is also survived by 12 grandchildren and 13 great-grandchildren.
Over the years, Betty worked in various executive, office management and retail sales positions, including serving as the Office Manager for the Republican Party headquarters in Portland, Ore., in the early 1980's. She also started and operated a catering business while living in Beaverton, Ore. Betty inherited a love for travel from her mother, and traveled extensively throughout her life. In addition to growing up in King City and raising her children in Greenfield, she lived in and traveled to, among other places, Monterey, Pacific Grove, San Mateo, Walnut Creek, Foster City, Reno, Beaverton (Ore.), Hawaii, Thailand, Pakistan, Germany, and the Philippines.
A private celebration of Betty's life is planned by the family for a future date.
Published by Salinas Valley Tribune from May 19 to May 25, 2021.
To plant trees in memory, please visit the Sympathy Store.
MEMORIAL EVENTS
To offer your sympathy during this difficult time, you can now have memorial trees planted in a National Forest in memory of your loved one.
MAKE A DONATION
MEMORIES & CONDOLENCES
0 Entries
Be the first to post a memory or condolences.