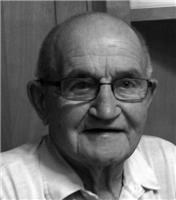 BORN
1930
DIED
2021
FUNERAL HOME
WOODYARD FUNERAL HOME - Soledad
395 East Street
Soledad, CA
Aug. 4, 2021 marked the end of a generation with the passing of Elmer "Hap" Rianda at the age of 91. The third of five sons of Severino (Sam) F. Rianda, and Valentina (Franscioni) Rianda, Elmer, his parents, and brothers Milton, Sammy, Leroy and Emile (Butch), descended from early Swiss-Italian immigrants. And, while maintaining strong roots with their heritage in Ticino, Switzerland, they contributed to the growth of the Salinas Valley agricultural community.
Elmer was born March 31,1930 in Gonzales, and lived on River Road until the family moved to their ranch on Kitzmiller Road in Soledad in the late 1940's. He attended grammar school at the Somavia School, a one room schoolhouse on River Road, and graduated in the Class of 1948 from Gonzales High School, where he was the Junior Class President, the Student Body President as a Senior, was active in FFA, Boys' Block G, band, and was a cheerleader. It was also where he met his best friend, Herman Luchessa.
After high school, Elmer spent several years working on the family farm. He then enlisted in the United States Army in May 1954 and was assigned to Korea. He was awarded the National Defense Service Medal, a Good Conduct Medal, and was the Squad Leader of Company B 31st Infantry Regiment. Transferred to Army Reserve in 1956, he continued his service for a total of eight years.
As he began working at six years of age, it was only natural that Elmer formed his strong work ethic and dedication to the family business by becoming a dairyman, rancher and farmer. He could always be found twice a day at the dairy barn milking his award-winning milk producing cows, until 1979 when Mission Valley Dairy ceased its operations and Rianda Bros. expanded their farming ventures in the Salinas Valley.
As a farmer never truly retires, Elmer actively contributed to the Rianda Bros. partnership until well into his eighth decade of life. His work may have slowed down, but he did not. Whether he traveled to Reno or California alleys and casinos, drove to San Francisco for a sporting event, and visiting family in the Bay Area, Elmer and Herman were always ready for an adventure.
The story of Hap is not complete without recognition of his love for and success at bowling. His many trophies were proudly displayed in his home, including the plaque recognizing the amazing feat of a 687 High Series in 1988, and a trophy acknowledging his 50 years' participation in the California USBC Association Open Champions. The SoMoCo Bowling Association Average books, which he kept since 1968, reflect his accomplishments, as well as listing the many friends he had through participating in the sport.
Beloved son, loyal brother, helpful brother-in-law, faithful caretaker of his step-mother Maria, dairyman, farmer, rancher, bowler, always available uncle, expert sausage maker, and cat lover, Elmer lived a full life.
Elmer is pre-deceased by his parents, Sam and Valentina Rianda' step-mother, Maria Franscioni Rianda; brothers, Milton, Sammy, Leroy and Butch; sister-in-law, JoAnne Franscioni Rianda; niece, Lynn Rianda; and his dear friend Herman Luchessa. He is survived by his sister-in-law, Norma Gaddini Rianda, of Soledad; nieces, Janet Rianda of Greenfield, Anne Rianda of Soledad, Renee Rianda (Thad Transue); nephew, Neal Rianda of Greenfield; and numerous cousins in the Salinas Valley and Ticino, Switzerland.
Eternal gratitude to Diana Binsacca, Lupe Mendoza, and Vanessa Binsacca for the above and beyond care and affection they provided Elmer, allowing him to stay in his home of over 70-years which was his wish. Thank you also to the VNA Hospice, Dr. Mryt Hawkins, Dr. Margaret Simon, Dr. Leslie Foote, Dr. Steven Regwan, and their staffs for all their help and support. And, special thanks to the Argueta Family, especially Jesse and Jose, for all their friendship, help and support to Elmer and the Rianda Family over the years.
Should you wish to make a donation in Elmer's name, please consider the SPCA of Monterey County (one of his favorite charities), https://www.spcamc.org/, P.O. Box 3058, Monterey, CA 93942-3058; South County Animal Rescue (SCAR), https://www.scar.pet/, P.O. Box 491, Soledad, CA 93960; Gonzales Young Farmer's (a memo to the Rianda Bros. Scholarship Fund), P.O. Box 579, Gonzales, CA 93926; or your favorite charity.
A graveside service will be held on Sept. 22, 2021 at 11:00 a.m. at the Gonzales Cemetery. While all who cared for Elmer are welcome, we would like to keep everyone safe and healthy. Only the fully vaccinated should attend and the wearing of a mask is required.
Arrangements by Woodyard Funeral Home, Soledad, California.
Published by Salinas Valley Tribune from Sep. 8 to Sep. 21, 2021.
To plant trees in memory, please visit the Sympathy Store.
MEMORIAL EVENTS
To offer your sympathy during this difficult time, you can now have memorial trees planted in a National Forest in memory of your loved one.
Funeral services provided by:
WOODYARD FUNERAL HOME - Soledad
MAKE A DONATION
Please consider a donation as requested by the family.
MEMORIES & CONDOLENCES
Sponsored by WOODYARD FUNERAL HOME - Soledad.
0 Entries
Be the first to post a memory or condolences.