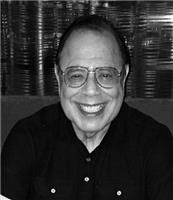 BORN
1942
DIED
2021
Surrounded by family and loved ones, "Richard" entered his everlasting life with the Lord on Aug. 28, 2021, at the age of 79. Richard was born on Dec. 27, 1942 in Gonzales, Calif. The Garcia family then established residency in Soledad, Calif., in 1945.
Richard attended local schools graduating from Gonzales High school in 1961. He continued his education earning his Bachelor's Degree from San Jose State University while playing college football and later earning a Master of Arts Degree in Education from Cal Poly in 1976.
Richard served as a guidance counselor and vice principal throughout Monterey County and Bay Area school districts. He also served as a faculty member at Gavilan College in Gilroy, Calif.
Richard was preceded in death by his parents, Rafael and Angelina Garcia; sister, Irene; brother, Rudy; and great-granddaughter, Alena May. He is survived by his devoted companion Teresa Arbulu; three children: Zinnia, Armando, Nadia (David); eight grandchildren; and two great-grandchildren. He is survived by his sister, Raquel Arroyo; and his former spouse, Lucia Vega Garcia.
Richard lived a very full and active life. His love for travel led him to many different destinations, even landing him in Singapore for a year. After retirement, he became a health and fitness enthusiast. You could catch him at the gym at least two hours a day.
Richard always remained an avid reader, active member of the church, and loved playing chess and sudoku. He also loved to watch football, basketball or baseball games. Most importantly, he thrived on the time he spent with his family and friends.
Richard imparted the importance of family, education, hard work, and love to everyone.
Funeral mass will be celebrated at Our Lady of Solitude Catholic Church on Friday Sept. 10, 2021. Rosary will be held at 10:30 a.m. with Mass following at 11:00 a.m. Private family interment will follow at the Soledad Community Cemetery.
All who knew him will miss Richard's infectious smile, intellect, sense of humor, thoughtfulness, generosity, compassion and love for life and family. His presence will be greatly missed, but his spirit will live on in us forever.
In lieu of flowers, please consider a donation in Richard's name to your favorite charity.
Published by Salinas Valley Tribune from Sep. 8 to Sep. 14, 2021.
To plant trees in memory, please visit the Sympathy Store.
MEMORIAL EVENTS
Sep
10
Rosary
10:30a.m.
Our Lady of Solitude Catholic Church
235 Main St, Soledad, CA
Sep
10
Funeral Mass
11:00a.m.
Our Lady of Solitude Catholic Church
235 Main St, Soledad, CA
MAKE A DONATION
Please consider a donation as requested by the family.
MEMORIES & CONDOLENCES
0 Entries
Be the first to post a memory or condolences.