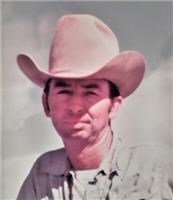 BORN
1943
DIED
2021
FUNERAL HOME
Eddington Funeral Services - King City
429 Bassett Street
King City, CA
Harlan Edward Butler was born in McCrory, Ark., on May 28, 1943 to Pete and Mary Butler (Smith), and moved in 1944 to California, where his mom and dad went to work in Greenfield for Dick Romans and eventually landed jobs on the Wiley Ranch at the mouth of Arroyo Seco.
Harlan attended high school in Gonzales, graduating in 1961. He went on to attend Hartnell, where he ran track and field and excelled in pole vaulting. His name can still be found on the record board there at 14 feet two inches with a bamboo pole and sawdust pit.
As a young man he enjoyed hunting and fishing. He would often times, as a teenager, ride his horse and pack up to the top of the Wiley ranch and camp out for the weekend. He spent a lot of his life somewhere up in the hills looking for that big buck. The coast range was one of his favorites. Plaskett Ridge, Jade Beach, Lottie Potrero, Willow Creek and Lion's Den were some of his favorite destinations. He was known to lead a pack train into the wilderness to go trout fishing with Bill Houston and a group of Boy Scouts a time or two. He also loved to fish on the ponds at Fort Hunter Liggett, Nacimiento and San Antonio Lakes and took an annual house boat trip to Shasta with his buddies in the Conatser family.
His best friend, Larry Conatser, would accompany him on many hunting weekends out in Lockwood and was pretty much a staple at his house. They would hang out in the garage drinking beer. Conatser's Welding became a daily stop for Harlan for a cup of coffee and to catch up on the latest news.
Harlan started his working life as a cowboy working for John Smart in Thompson Canyon while also serving in the Army National Guard. He had a few other odd jobs and eventually landed a job with the City of King as a maintenance worker and climbed the ladder all the way to Public Works Director where he retired in 2001.
Harlan married Dalene Modena and had three children, Shay, Daniel and John. He remarried to Candy Turner in 1982 and adopted her son David. They would be married until her untimely death in 2001. He would lose David only two years later in a motorcycle accident. From David, Harlan was given a wonderful daughter-in-law, Crystal.
In retirement, Harlan loved shooting squirrels. When he finally retired from that, he had tallied over 10,000 confirmed kills. He was also a partner in the Hoop and Holler Cattle Co. with his buddies Steve Rianda and Corky Richardson. This brought him so much joy as it was a full circle back to being a cowboy. He could often be found at his favorite watering hole, Pozzi's Stampede, where you would surely find him shaking dice with his pals and buying drinks for all the gals. He was a jolly guy that always had a firm hand shake for you or a big smooch. He loved visiting his sister, Peggy Walker (Jim), in Paso Robles and always attended family gatherings.
Harlan is survived by his sister, Peggy Walker; his daughter, Shay Bennet (Troy); and his sons, Daniel Butler (Leigh) and John Butler (Tracie). He was a grandfather (Pops) to Mackenzie and Tucker (Shay), Ryan, Cameron, and Aidan (Daniel), Josh, Meggan, William and Morgan (John), and Maddie (David); and had numerous nieces, nephews and great-grandchildren.
Harlan died peacefully at home surrounded by loved ones. He is up in heaven swinging Candy around the dance floor once again.
A remembrance and celebration of life will be announced at a later date.
Arrangements were entrusted to Eddington Funeral Services, 429 Bassett St., King City, (831) 385-5400, www.EFS-Cares.com.
Published by Salinas Valley Tribune from Mar. 31 to Apr. 6, 2021.
To plant trees in memory, please visit the Sympathy Store.
MEMORIAL EVENTS
May
25
Celebration of Life
11:00a.m.
Private Residence
43755 Via Canada, King, CA
Funeral services provided by:
Eddington Funeral Services - King City
MAKE A DONATION
MEMORIES & CONDOLENCES
Sponsored by Eddington Funeral Services - King City.
3 Entries
I just heard of Harlan's passing. My thoughts, best wishes, and comfort are extended to his family. Harlan is a treasured friend - we spent a great deal of time together working on city projects - taking care of the community's needs and providing public services for King City residents. Harlan was such a practical problem solver - so capable and dedicated to a job well done. He was so very good to work with - always willing to help - always wanting to do things right. He had an extra dose of common sense that he used in everything he was involved in. I am grateful our paths crossed - I enjoyed our time together. I feel a lifelong connection and friendship with him. Thank you Harlan. Comfort to your family, friends, and all who knew you.
Blaine Michaelis
Friend
June 17, 2021
Harlan's sons and daughter, your dad was one heck of a guy! He and I were high school classmates as well as prom dates. I would run into Harlan here and there and we always shared a laugh or two. I have moved away from Monterey County and now live in northern California. People die, love does not. Whoever wrote his obituary did one hell of a good job!! You definitely captured the essence of the man Harlan was.

Andie Johnson
Friend
April 6, 2021
So very sorry to hear about Harlan passing . My prayers go out to his family at this time. He will truly be missed.
God Bless
George Becker
George Becker
Coworker
April 4, 2021
Showing 1 - 3 of 3 results