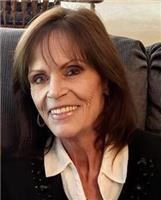 BORN
1953
DIED
2021
Laura Ann Vosti passed away on April 20, 2021, surrounded by her family. Laura was born on Nov. 7, 1953, to Shirley and Robert Busby in Pasadena, Calif. Her family soon moved north to the Sacramento area where she spent the majority of her childhood. Laura attended Casa Robles High School in Orangevale and later received a beautician certificate.
Laura relocated to the Salinas Valley, which she called home for the next 45-years. Shortly after moving to Gonzales, she met the love of her life, Roger. They were married on July 11, 1981, and would have celebrated their 40th anniversary this summer. Together they raised their three children and built a life of love, commitment, and laughter.
One of Laura's proudest accomplishments was obtaining her GED and, at the encouragement of her teacher, continued her education and earned a certificate in accounting. She spent the next decade working as a bookkeeper for various local ag businesses before retiring due to declining health.
Laura's greatest joy in life was spending time with her grandchildren, who she adored and spoiled relentlessly. Hosting family dinners, afternoon tea parties with her grandchildren, and weekend getaways with her husband were some of her favorite activities. If you liked watching Dr. Phil or Judge Judy while drinking Cherry Pepsi, Laura's living room was the place to be. She had a heart of gold and was always willing to help those in need. She showed her love and appreciation with small, thoughtful gestures and made everyone around her feel welcomed.
Laura was preceded in death by her parents, Shirley and Robert; her step-mother, Joann Busby; her brothers, Bruce Busby and Joe Busby; and her uncles, Tommie Roberts and William Busby. She is survived by her loving husband, Roger; her three children, Danny Bechtel, Kristina Morales, and Lacy (Matthew) Brown; her four grandchildren, Destinee, Danyelle, Audrey, and Zachary; her siblings, Michael Caron, Michelle Zanetta, and Cathy Crader; her sister-in-law, Julie Methner; her uncle, Jerry Roberts; her aunt, Sarah Elder; nine nieces and nephews; many dear friends who she considered family; and her beloved companion, BooBoo Puppy.
Private family services will be held.
A celebration of life will be planned later this year.
In lieu of flowers, donations can be made in memory of Laura to the Disabled American Veterans (PO Box 14301, Cincinnati, OH 45250-0301).
Published by Salinas Valley Tribune from Apr. 28 to May 4, 2021.
To plant trees in memory, please visit the Sympathy Store.
MEMORIAL EVENTS
To offer your sympathy during this difficult time, you can now have memorial trees planted in a National Forest in memory of your loved one.
MAKE A DONATION
Please consider a donation as requested by the family.
MEMORIES & CONDOLENCES
2 Entries
A wonderful woman, whose every word and deed conveyed support and love. She will be deeply missed.
Stephen Vosti
Friend
April 27, 2021
She will always be a part of us and terribly missed.
Carol and Lee
CAROL J. BROWN
Family
April 25, 2021
Showing 1 - 2 of 2 results