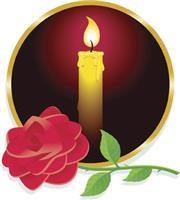 BORN
1926
DIED
2021
Robert Edward Botill passed away peacefully on March 29, 2021, at home in Chico, Calif., at the age of 94. He was born in Santa Clara, Calif., to Edward and Inez (Corda) Botill.
Bob was a graduate of Gonzales Elementary and Gonzales High School. He was a veteran having served in the Navy during World War II. He was married to his high school sweetheart, Irene Peverini. Bob worked for Standard Oil Co. delivering gas and oil to the farmers and ranchers of the Salinas Valley. He then worked alongside his father at Botill's Men's and Boy's store which was in business for over three decades. He retired in 1987.
Bob was active in many civic activities, big and small, from sponsoring "Botill's Tigers" in the Gonzales Midget League Baseball program, serving on the Monterey County Grand Jury, the Chamber of Commerce, the American Legion, and the Gonzales Fire Department (as Chief for many years). He, along with Irene, enjoyed traveling with the Kings and Queens and their traveling trailer group. He loved cars of all types. He especially loved spending time with his family.
He was preceded in death by his wife, Irene; his parents, Ed and Inez Botill; and his sister, Joann Rodrigues. Bob is survived by his children, Jim (Liz), Kathy (Chris), and Don (Janet); six grandchildren, Vanessa, Mark, Michelle, Kelly, Kristen, Mathew; and eight great-grandchildren, Jakob, Julia, Natalie, AJ, Ethan, Olivia, Chela,and Miles.
At his request, no services are planned.
Donations can be made to Hospice or your favorite charity.
Published by Salinas Valley Tribune from Apr. 7 to Apr. 13, 2021.
To plant trees in memory, please visit the Sympathy Store.
MEMORIAL EVENTS
To offer your sympathy during this difficult time, you can now have memorial trees planted in a National Forest in memory of your loved one.
MAKE A DONATION
Please consider a donation as requested by the family.
MEMORIES & CONDOLENCES
0 Entries
Be the first to post a memory or condolences.