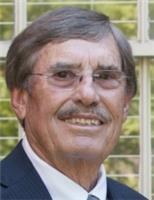 BORN
1929
DIED
2021
FUNERAL HOME
Struve and Laporte Funeral Chapel
41 West San Luis
Salinas, CA
Walter Sam Daoro of Gonzales, Calif., passed away peacefully on June 9, 2021 at the age of 91 years old.
Walt was born in Fortuna, Calif., on Dec. 9, 1929, the third child of six to Samuele & Lucina Daoro. The family moved to the Salinas Valley in the early 1930's and started a small dairy farm in Gonzales. Walt joined the Army in 1951 and was stationed in Lakenheath England for two years and was honorably discharged as a Corporal in 1953.
Walt returned to Gonzales and worked for Vosti's Hardware & Auto Parts and eventually became a partner. In 1958, he married Betty Redfern and they had two children. He opened Valley Auto Parts & Machine Shop in Gonzales in 1966 and went on to become a valuable member of the community. He ultimately sold the business and retired in 2010. Walt was known for his great sense of humor and his favorite saying was, "Walt's my name and parts are my game".
He and his wife Betty enjoyed many years of travel to places like the Caribbean, Europe, Mexico and they enjoyed many summers at their home in Tahoe. Walt was an avid 49ers fan. He was a season ticket holder for 50+ years and enjoyed tailgating with many other fans and friends. He was fortunate to attend five of the six 49ers Super Bowl games. Hunting was also a favorite annual excursion with his close friends. They traveled to Utah, South Dakota, Wyoming, and Colorado. Although Walt had many hobbies he never lost his love for farming. He continued to grow hay and help manage his family's farm even after retirement.
As an active member of his community, Walt was a Salinas Valley Fair Director, a supporter of 4-H and FFA programs, and a member of the American Legion, Gonzales Young Farmers, Gonzales Booster Club, Salinas Elks Lodge #614 and the Sons of Italy.
Walt was proceeded in death by his parents, Samuele & Lucina; his brothers, John, Louie and Eddie. He is survived by his wife, Betty; daughter, Tamara (Jef) Kidwell; son, Samuel (Shelley) Daoro; his sister, Annie (Elmer) Canevascini; brother, Robert (Joan) Daoro; grandchildren, Amanda Kidwell (Mike) Forry, Matthew Kidwell, Wesley Daoro, Bradley Daoro; and great-grandchildren Natalie and Jackson Forry.
Visitation will be held 4:00 p.m. to 6:00 p.m. on Tuesday, June 15, 2021 at Struve and Laporte Chapel on 41 W. San Luis Street in Salinas, Calif.
Rosary will be held at 6:00 p.m. on Tuesday, June 15, 2021 at Struve and Laporte Chapel.
Mass will be 10:00 a.m. on Wednesday, June 16, 2021 at St. Theodore's Church on 116 S. Belden Street in Gonzales.
Burial to follow at Queen of Heaven Cemetery at 18200 Damian Way in Salinas.
In lieu of flowers, donations can be made to St. Theodore Church, P.O. Box B, Gonzales, CA 93926.
Funeral Arrangements by Struve and Laporte Funeral Home.
Published by Salinas Valley Tribune from Jun. 16 to Jun. 22, 2021.
To plant trees in memory, please visit the Sympathy Store.
MEMORIAL EVENTS
Jun
15
Visitation
4:00p.m. - 6:00p.m.
Struve and Laporte Funeral Chapel
41 West San Luis, Salinas, CA
Jun
15
Rosary
6:00p.m.
Struve and Laporte Funeral Chapel
41 West San Luis, Salinas, CA
Jun
16
Funeral Mass
10:00a.m.
St. Theodore's Church
116 S. Belden Street, Gonzales, CA
Funeral services provided by:
Struve and Laporte Funeral Chapel
MAKE A DONATION
MEMORIES & CONDOLENCES
Sponsored by Struve and Laporte Funeral Chapel.
0 Entries
Be the first to post a memory or condolences.