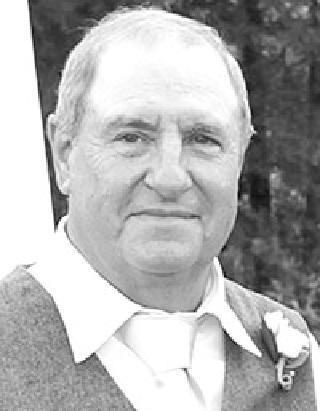 BORN
1955
DIED
2019
FUNERAL HOME
Powles Funeral Home, Inc.
913 West Main Street
Rockwell, NC
Teddy “Ted” Wayne Deal, 63, of Millbridge, passed away peacefully at his home on Friday October 11, 2019 surrounded by his family and friends. He was born on December 15, 1955 in Iredell County to Mary Null Deal and the late Frank Osborne Deal. Ted owned and operated Deals Land Surveying for 42 years. He was a graduate of South Rowan High School and graduated from Gaston College with a degree in Engineering. He was a life long member of Thyatira Presbyterian Church, a active member of the Millbridge Ruritan Club,and the Order of the Arrow. Ted was an avid outdoorsman and active in scouting as a Junior Scout Master and a Eagle Scout himself. He loved woodworking and could fix anything. Ted was a Loving Son, Father, Grandfather, Brother, and Friend. In addition to his mother, Ted is survived by his Son, Jeremy Evan Deal and with Klancy Burney Deal and daughter Abigail “Abby” Grace Deal of Millbridge, a daughter, Danielle Lindsay Deal of Salisbury; a brother, Jerry “Bo” Deal and wife Sharon of Mt. Ulla; a half brother, Donald Fink of Salisbury. The family would like to extend a special thanks to the entire staff at Carolina Oncology and Dr. William Brinkley and Doraine Spencer NP. A Visitation will be held on Wednesday October 16, 2019 from 1:00 to 2:45 PM at Thyatira Presbyterian Church (220 White Rd, Salisbury, NC 28147). A Celebration of Life will be held following the visitation at 3:00 PM at the church, conducted by Pastor, Stacey Steck. A private burial will be held at a later date. In lieu of flowers, memorials may be made to Millbridge Ruritan Club (3060 Millbridge Rd., China Grove, NC 28023). Powles Staton Funeral Home is assisting the Deal family. Online condolences may be made at www.powlesfuneralhome.com
Published by Salisbury Post from Oct. 13 to Oct. 15, 2019.
To plant trees in memory, please visit the Sympathy Store.
MEMORIAL EVENTS
Oct
16
Visitation
1:00p.m. - 2:45p.m.
Thyatira Presbyterian Church
220 White Rd, Salisbury, NC
Oct
16
Celebration of Life
3:00p.m.
Thyatira Presbyterian Church
220 White Rd, Salisbury,, NC
Funeral services provided by:
Powles Funeral Home, Inc.
MAKE A DONATION
MEMORIES & CONDOLENCES
11 Entries
My deepest sympathies to the family and friends of Teddy. May you be comforted by our loving God during this very sad time, John 3:16.
October 19, 2019
So sorry to hear of Ted's passing, prayers for the family.
Melody and Mark Hartsell
October 18, 2019
Ted and i met in 1989 in Cleveland he was lost looking for our park.As a result of that meeting we became special friends.I remember the day he told me he had.cancer it touched me because i loved him dearly.Rest in heaven my friend.
Bertidean Alexander
October 18, 2019
Ted was such a good man with a light that will shine in the hearts of those who loved him forever.
Nothing more entertaining than when Ted, Bo and Frank got together to work on something!
While it may have been a bit difficult for Ted to express his feelings, it was very obvious just how deeply he loved his family and friends.
Ted's star will always shine down on the community that was his life.
My love, thoughts, support and prayers are with his entire family.
Peggy Quinn
October 16, 2019
So sorry for your loss, he is now at peace with the good lord above. May God keep, help and guide you thru this difficult time. My prayers are with you all.
October 16, 2019
Ted was like a big brother in the neighborhood to me over the years I grew up at Thyatira. My deepest sympathies and condolences go out to his family. Ted and Mr. Wilson helped make Boy Scouting a mainstay at Thyatira. Ted was a big contributor in the Millbridge community .He will be missed! My prayers go out to his family and friends.
David Calhoun
October 16, 2019
My prayers & kind thoughts are with all of your family. Tim Walton & Sandra Smith
Tim Walton
October 14, 2019
Deal Family,

I'm so sorry for your loss of your son & dad. Ted will be missed by many. My God bless each of you.