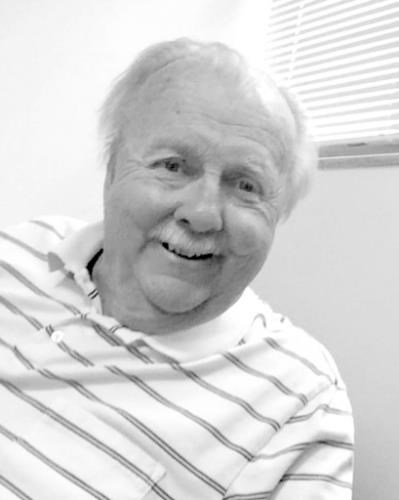 BORN
1939
DIED
2020
FUNERAL HOME
Jenkins-Soffe Funeral Homes & Cremation Center - Murray Location
4760 South State
Murray, UT
1939 ~ 2020
Albert Ernest Peterson passed away on Saturday, December 5 at St. Marks Hospital. He struggled for several years from the effects of two strokes and dementia the last two years. Then, as he would have said, "Covid 19 kicked my ass!"
Albert was born on May 18, 1939 to Holger and Dorothea Tapfield Peterson. He lived most of his life in Murray, UT graduating from Murray High in 1958. He attended University of Uah where he was a member of the Air Force ROTC. His great love was flying and took flying lessons while in high school and later. He obtained his private pilot's license. Eventually he received his commercial license and multi-engine rating and began work on getting his instrument rating. He met Connie Simmons in 1957 and they were married on April 6, 1962. He teased that he only got married because all his friends were married and their wives' wouldn't let them hang out with him because he was single. Three weeks before their wedding, Albert got his draft notice to go on a vacation with the US Army. He completed his basic training at Ft. Leonard Wood, and Ft. Gordon, GA for training. Connie was able to join him for two months in Augusta, GA. He was then stationed at Ft. Riley, KS for the remainder of his service and they lived in Manhatten, KS for 16 months. During that time their first daughter was born . After their return home they added two more daughters. Albert worked at Kennecott Copper for 13 years. He then went to work for Generator Exchange and flew their company twin- engine plane on business trips; also worked at A&E Generator until he retired in 2001
Albert is survived by his wife, Connie, daughters Janalee (David) Benson, Cedar City, Peggi (Sam) Hibbert, Murrray and Leslie (Brent Maynes), Bear River, WY; sister LeNay Russell; grandchildren Colton (Sara) Benson, Jarica Benson (Jace) Hunt, Emmalee (David) Benson Rush, Dallin Benson, Morgan and Cody Maynes, Samantha Hibbert; great grandchildren Braylee and Cambrie, William and Charlotte; and many neices and nephews.
Albert was proceeded in death by his parents; brothers William (Bill) and wife Mary, Kenneth Peterson, sister Carol Lafollette and husband Tom, brother-in-law George L. Russell, Sr.; parents-in-law Alex and Edna Simmons.
The family would like to thank the staff at St. Marks Hospital for their kindness and concern in caring for Albert during his illness. We were all treated with extraordinary respect and kindness. Due to Covid19 restrictions, there will be no memorial service at this time. A memorial service will be scheduled at a later date. At his request, he will be cremated, services provided by Jenkins-Soff Mortuary, Murray, UT.
Published by The Salt Lake Tribune on Dec. 6, 2020.
To plant trees in memory, please visit the Sympathy Store.
MEMORIAL EVENTS
To offer your sympathy during this difficult time, you can now have memorial trees planted in a National Forest in memory of your loved one.
Funeral services provided by:
Jenkins-Soffe Funeral Homes & Cremation Center - Murray Location
MAKE A DONATION
MEMORIES & CONDOLENCES
Sponsored by Jenkins-Soffe Funeral Homes & Cremation Center - Murray Location.
1 Entry
I remember Albert well. He had a very upbeat and energetic personality - one of those type of individuals that could change the atmosphere in a room of people. Heck, he was just a teenager and he had an old Ford model A that I remember we all dressed up like the 1920's and rode in the Midvale parade. I would run into him occasionally thru the years at the gym, stores, etc. and he was always the same guy.
Sorry to hear he had health issues for several years - may he now rest in peace and my condolences to his family.