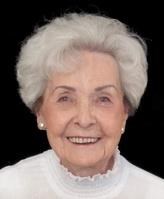 Kaysville, UT—Wonderful Barbara Lois Sperry Newbold went to take her place as one of the magnificent queens in heaven on October 9th, 2021. The "magnificent queen" title is well earned, but she would say "blah" if you mentioned it to her. Her entry visa into the celestial realm was granted based on a 30-year combat tour in the cancer wars and 89 years of magnificent service to me, our eight children, Heavenly Father, the Savior, and thousands of Heavenly Father's other children. Special transportation home was provided – a brilliant chariot of light.

I'm Dale, her husband. It's my privilege to provide you a glimpse of her magnificence. I've had the privilege and blessing of being married to her for over 70 years. They have been unbelievably great years because of who she is, her great talents, what she was able to accomplish, and the great love she had for me, our eight children, and so, so many others.

The adventure started in 1951, when Draft Board policy stopped all young men of The Church of Jesus Christ of Latter-day Saints in the Salt Lake area from serving missions. Thus, two very mature teenagers, Dale George Newbold and Barbara Lois Sperry, one 19 and the other almost 19, decided that since a mission was not possible, they would get married. This they did on June 8th, 1951.

That led to life in an "elegant" two-room apartment with a pull-down bed on 13th East, in Salt Lake City, near the University of Utah campus, at the cost of $37.50 per month.

This bright, beautiful, talented woman – already a proven leader from elected positions, and possessing outstanding executive capabilities, plus extraordinary artistic skills – decided she would put all her talents to work as a wife, mother, and servant of the Lord. This she did throughout her life! Those efforts blessed me, our eight children, and thousands of Heavenly Father's other children, for she was a continuously great, positive influence on society, and an individual loved by all who knew her. She and the children she brought into the world have lifted thousands.

Her progression into motherhood began early in her marriage with a great desire for a baby. So, 12 months and four days after marriage, Heavenly Father sent her (us) our first son, David. Another son, Paul, followed 13 months later. Shortly thereafter, she began the life of an Air Force officer's wife, living in California and Alaska. During that time, she served valiantly in Air Force and Church activities, delivered another son, Bruce, in California, and a daughter, Cynthia (born 15 minutes after arrival at the hospital after traveling miles on icy Alaskan roads with temperatures at 25 below zero).

She then moved with her family to Niagara Falls, New York, and Norman, Oklahoma, where her outstanding capabilities rescued many Church organizations. She also blessed us by delivering three more boys, Michael, Russell, and Alan. Her service in those locations was indispensable and her influence broad. She even found time to teach a very humble mother and her teenage daughters the basics of how to care for their hair and other personal needs.

Bountiful, Utah was then home for five years. Her great capabilities had an amazing lifting influence on our family and children and teens throughout the community. She also brought another baby girl into the world, Jana.

She then spent eight years in Dayton, Ohio, where she became the first president of the Dayton Stake Relief Society and taught and oversaw thousands of women, again being loved by all. She returned to Bountiful, Utah, where she produced and directed several drama productions, specifically "Fiddler on the Roof", "Guys and Dolls" and "Sound of Music," which played to several days of sellout crowds in the old "Valley Music Hall." In addition, she served as the President of the North Canyon Stake Relief Society, her second time serving as a Stake Relief Society President. Plus, she continued her service as a docent in the Church History Museum, where her knowledge and love of pioneer history was rarely matched.

She followed that assignment with three years as Assistant Matron in the Bountiful Utah Temple. Again, she lifted and blessed thousands of lives and was greatly loved by all the temple workers, especially the women serving with her. In addition, she continued her service as a docent in the Church History Museum.

Following that, she spoke frequently to youth groups and transcribed more than 450 Patriarchal Blessings, all while fighting a 30-year battle with breast cancer. Along the way, she painted over 90 beautiful paintings of scenery in Utah, Australia, England, and of the Pioneer Trail from Nauvoo to Salt Lake City, as well as many sketches of her children and others.

In addition to all that, she was the most magnificent mother any child could ever have. She molded each one to become an outstanding asset to society. They love and honor her. "Do your best, be good, work hard" was her motto that molded and enhanced every growing minute for them. Her great love made her the most wonderful wife a man could ever have.

Her life has been full! Never a wasted moment!

Now, she has been taken home to be a much-deserved heavenly queen. Her husband, her children and their wives and husbands, her grandchildren and their wives and husbands, her great grandchildren, and thousands of others, love her and stand in awe of her goodness and accomplishments. Our task is to live worthily so we will be able to join her in those celestial realms. Magnificent woman!!

For those that are not able to attend you may view services at the following link: https://zoom.us/j/98751029258?pwd=YWFhdFZxL2xsbnF1ZUlpU0N4Zm1mZz09

In lieu of flowers please donate to the General Missionary Fund of The Church of Jesus Christ of Latter-day Saints. Online guestbook at www.russonmortuary.com. 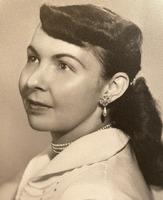 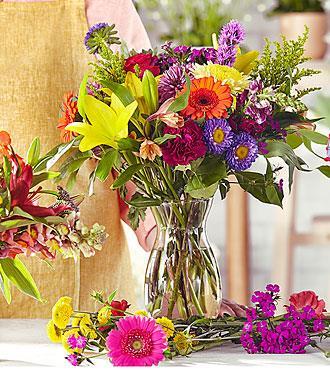 Steve and Kalleen Lund
October 16, 2021
President Newbold! I have wonderful memories of my mission and of Sister Newbold. Thanks for sharing your memories of her with us. Loyd Young Mesa AZ AMM 1988 - 1990.
Loyd Young
Friend
October 16, 2021
Oh President. My heart is hurting for you. It has been so sad to hear of Sis Newbold's passing. How I love her. She is so beautiful! Will always remember her loving nature and her sense of humour. She has always been an example to me of elegance, love and faithfulness. You are both a love-story made in heaven. Knowing you both has blessed my life. May you feel Heavenly Father's encircling arms at this time of great loss. I'm sure the veil is very thin and you are being comforted on both sides of it. Love you President! Until we meet again x (Sister Subritzky)
Debbie Solomon
Family
October 16, 2021
How we have loved you both and been so grateful that our paths crossed! Barbara was exemplary in every way and we were the beneficiaries. May the Lord encircle you in the Arms of His Love as you go forward, waiting for your joyous reunion. We send our love.
Errol and Hollie Bevan
October 15, 2021
Love and hugs to you, President. Sister Newbold was the best Mission mom! I always felt loved and welcome at the mission home from my first night, firesides, transfer days, to my last night in the mission. She is remembered fondly. Sister Sharon Davies (now Deschamps) ZAMM 1989-1990
Sharon Deschamps
Other
October 13, 2021
Dear President, No words could ever adequately describe the impact and influence both you and Sister Newbold have had on our lives. Sister Newbold's legacy will continue in our hearts and home. She will forever been known as an exemplary women of faith.Thank you for sharing her with us, not just for those 3 years. I love her personality, talents, great ability to love, wit, and many skills, which have been a great legacy any blessing in my life and our home. We adore and love you. May you receive comfort and the warm embrace of the Saviors love at this time of separation. We are praying for you and thinking of you and your family, President. Big hugs. Sal & Ant Wilson Adelaide-Australia We love her still. xx
Sally & Anthony Wilson [Sister Smith & Elder Wilson]
October 12, 2021
Showing 1 - 6 of 6 results