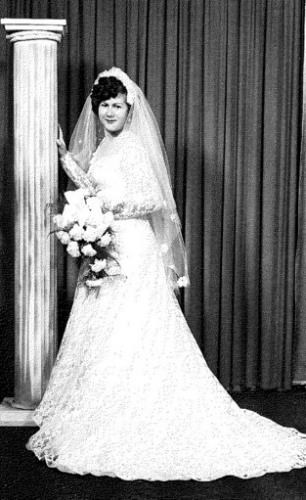 BORN
1934
DIED
2019
ABOUT
Cottonwood High School
Betty Santoro
1934 ~ 2019
Betty Santoro, beloved daughter, wife, mother, sister and grandmother passed away unexpectedly on 07/02/2019 at her home in Midvale Utah. She was born 06/02/1934, in Murray, Utah and named Aureila Bettine Joanne Scolari, later changed her name to Betty Scolari. Her parents Luigi (Louie) and Delina (Idele) Scolari were Italian immigrant farmers who supplied fresh farm produce for the Army and the community of Murray during World War II. She graduated from Granite High School in 1952. Betty had several admirers who wanted her hand in marriage but keeping with family tradition she had an arranged marriage. From July of 1952 until the day of her wedding, she received weekly love letters from her future husband who was in Canada. They met for the first time the day they wed on November 12, 1953 in Montreal, Canada. After the wedding Betty and her husband Oreste moved to Utah to start their life together. Betty continued to work on the farm, getting up at 3:00 am and working with her brother's business, Ben's House of Bonsai. She was never taught the art of Bonsai, but she learned from her brother. Betty would turn an ordinary tree into beautiful bonsai. In 1954 she became a mother and had a son, Ricci Santoro. He passed away after graduating from Cottonwood High School. Since Betty could no longer have children, a close family friend suggested adoption. Her daughter, Nichole officially became part of the family May of 1977. Betty had several different health issues that she never let stop her. She was one of the strongest ladies that never gave up hope to find a cure for her conditions. In 2005, the farm and business were closed and a new chapter began, being a grandmother. She loved her grandchildren with all her heart and would spoil them. Occasionally she would sneak money in their pockets and say- "Don't tell your mom, go get yourself a new toy, I'm your grandmother and I can spoil you if I want to". On July 2nd, 2019, her daughter had planned a special day for her to see her grandkids and spend time at her home. They were going to have lunch, grab a coffee, and spend time at her home. Betty had other plans, and passed away before she could enjoy the day. Her passing has been a shock to all that knew her. For the last year and a half her heart ached longing to be with her husband of 65 years. Her Husband always said that they shared one heart and though the cause of death says heart attack, the truth is she passed of a broken heart.
A very special THANK YOU to the team of doctors that cared for her over the years, Dr Wanda Updyke, Dr. Gwen Huitt, Dr. Serena Hu, Dr. Michael Killpack, and Dr. Nathan Dean, and her nurse, Cloe Wilson. Each of you played a critical role in extending my mom's life, and for that I will be forever grateful.
Betty is survived by her daughter, Nichole (James) Stanbrough; 3 grandkids, Zxander Oliver, and Chloe Bettina; her nieces Linda, Gina, and Anita; and her sister-in-law and lifelong best friend Mildred Scolari. Preceded in death by her sister Dina, son Ricci Vincent, a brother Ben, her husband Oreste ,and her niece Nancy (which they shared a special bond and 07/02 was Nancy's birthday). Services will be held on Tuesday, July 9th, 2019 at the Larkin Sunset Gardens (1950 E Dimple Dell Road, Sandy, Ut) at 11am. Visitation will be held prior to the services from 9am-11am. Interment at the Murray City Cemetery. Online condolences, www.larkincares.com 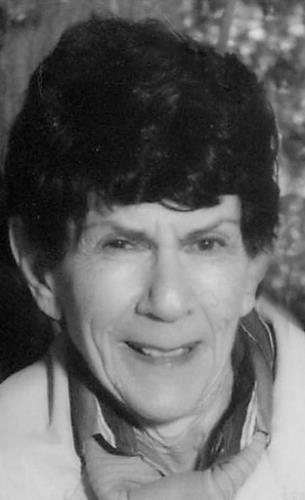