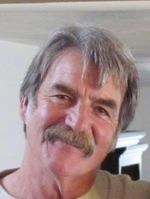 After graduation Chris and his best friend Wade Sorenson started a speaker building company called CW Funk. After that Chris became an apprentice concrete finisher for David Valerio Construction where he became a true artisan with a trowel. His concrete work will continue to be enjoyed for many years to come. Chris spent most of his working years in Nevada and eventually retired to Spring Valley, NV.

Chris was loved by many people. He was kind, generous and loved his family. Funeral services will be held July 17, 2021 @ 11:00 am, Salina Pioneer Cemetery with a luncheon after.
Published by The Salt Lake Tribune from Jul. 1 to Jul. 6, 2021.
To plant trees in memory, please visit the Sympathy Store.
MEMORIAL EVENTS
Jul
17
Funeral service
11:00a.m.
Salina Pioneer Cemetery
UT
MAKE A DONATION
MEMORIES & CONDOLENCES
1 Entry
Sending prayers for the families of Chris Andersen. He was a wonderful man. And even more as a father in law. We will his both him and Kaye greatly..
Carmen Ficklin
Family
July 8, 2021
Showing 1 - 1 of 1 results