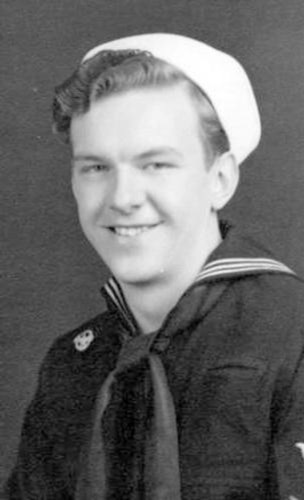 BORN
1927
DIED
2015
ABOUT
Davis High School
Don R. Mabey
3/29/1927~10/10/2015
SLC, UT -Don R. Mabey, beloved and respected scientist, father, grandfather, spouse and friend died at home, Saturday October 10, 2015 from the effects of prostate cancer.
Born March 29, 1927 in Bountiful, Utah. Son of Judson A. and Ruby Pickett Mabey. Raised near Bancroft, Idaho on the family's sheep ranch. Graduate of Davis High School and the University of Utah (Physics). Served as an Electronic Technician, US Navy, WWII. Married Janice Wynn, 1954, divorced. Married Wendy Romney Hassibe, 1980, divorced. Survived by his three children: Deanna (Chris) Jeffrey, Danette (Art) Hantla, and Matthew (Kaylyn) Mabey; 8 grandchildren, 4 great-grandchildren, and beloved spouse and colleague, Genevieve Atwood.
Don contributed to the understanding of Earth's structure while working as a geophysicist for the United States Geological Survey (1951-1980) and the Utah Geological Survey (1982-1986). He received the U.S. Department of the Interior's Superior Performance Award in 1958 and 1961, Meritorious Service Award in 1970, and the Department's highest honor, the Distinguished Service Award in 1979 "in recognition of his outstanding contributions to solid-Earth geophysics and the exceptional leadership he provided scientific research programs." At the Utah Geological Survey he led the Applied Geology Program, making the state safer from flooding, landslides, and earthquake hazards. In retirement he provided technical expertise and inspiration to Earth Science Education, a small not-for-profit that teaches Utah teachers about local Earth science.
In addition to many technical and professional papers relating to geophysics, Don authored two books: The Bend of Bear River (a study of the geology and history of southeastern Idaho before 1860) and The Canyon (a cherished tribute to his father, his family and Monroe Canyon in Caribou County, Idaho and how place ultimately shaped their lives and his life). He beautifully and skillfully intertwined geology, history and a sense of place in diverse writings, including family histories and articles published in The Journal of Mormon History and The Caribou County Sun.
Reception: Friday, October 16, 5:30-7 p.m. followed at 7 p.m. by a non-technical explanation of what geophysicists study. Location: Geology and Geophysics, 2nd floor, University of Utah, FASutton Building. Parking available, turn south from the light at Wolcott St. (1455 East) and 100 South. Funeral service: Saturday, October 17, 11 a.m., 27th East Ward, 4th Avenue and P Street, 84103.
Don's family thanks Drs. Chris Jensen, Barry Stults, and Blake Hamilton for supporting Don's decades' long decision to accept, not fight his prostate cancer. In lieu of flowers, please consider a donation to High Country News, PO Box 1090, Paonia, CO 84128 or to Friends of Great Salt Lake, PO Box 2655, SLC, UT 84110 in Don's name. 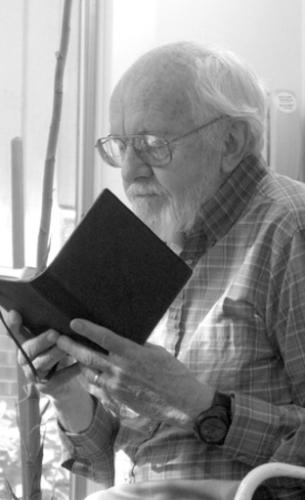 I first met Don in the Federal Building in the late 70's when I was in pursuit of a particular 7.5 minute quad. Upon learning that I shared a class or two with his son, i remember that he encouraged me to study hard and have fun!

We are thinking of you and are sorry for your loss.

Randy
Randy White
October 30, 2015
Genevieve,
Don was one of my heros. I loved talking with him and he listened and spoke well. He explained geophysics with ease to me, a USGS geologist.
Ken Pierce
Ken Pierce
October 20, 2015
Genevieve and family,
We are thinking of you and are truly sorry for your loss. What an amazing man.
Shirley and family
Shirley Steinmacher
October 14, 2015
Genevieve & family,
We send our deep sympathies at your loss. We hope the reception will revive many fond memories to celebrate the rich life Don led, and his many contributions.
Margie Chan
October 14, 2015
Don was a true gentleman and an outstanding contributor to the geological and geophysical sciences during a long career. He was certainly an inspiration to me. Sincere condolences to Genevieve and the rest of the family.
Mike Wright
October 14, 2015
Dear Genevieve and Mabey Family,

I am so sorry to hear of your loss. I know Don was great man who has left a wonderful legacy behind. Now that he is gone may all the beautiful memories you have of him remain with you forever.

Sending love,
Nanette Richard
Nanette Richard
October 12, 2015
Our love, thoughts and prayer are with you,dearest Genevieve, and all of the Mabey family. We loved Don and will miss him. Don has served others and contributed so much in the field of Geophysics. Our family will always be grateful for Don and treasure the many memories and time we shared with him.
Carla Rae Cook
October 11, 2015
I am very grieved to hear that Don has passed. I admired and appreciated my great-uncle for so many reasons. My love to Genevieve and all the family. -Jennifer
Jennifer Dix
October 11, 2015
Showing 1 - 8 of 8 results