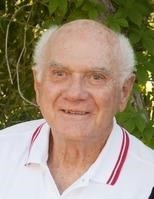 Bountiful, UT—Earl Page Spencer passed away February 22, 2021, in Bountiful, Utah. Born October 10, 1933 in Wenatchee, WA, Earl was the son of Lee Page Spencer and Edith Rifenbery. He was raised in various places including Washington, Kentucky, and California. Eventually he moved to Paragonah, UT, with his father and stepmother, Lillis McBride Spencer. He graduated from Parowan High School where he was the student body president. After graduation, he enlisted in the United States Navy where he served four years as an aviation electrician, being stationed in Florida, Hawaii, and Japan. On August 4, 1956, he married his sweetheart, Susanne Halterman. Together they settled in Bountiful, UT, where they raised three children: Michael, LeeAnne, and Karalynn.

After working several different jobs during his college years, Earl graduated from the University of Utah with a Bachelor's Degree in Science in 1960. In 1972, he earned a Master's Degree in Mathematics from Utah State University. Earl was a lifelong teacher. He began his teaching career at Davis High School. He taught math and science classes there for over 20 years. He also taught at Centerville Junior High and Woods Cross High School. He taught night classes and summer science classes for many years as well. His lifelong passion was education – whether it be teaching math and science to students, tutoring grandkids, or reading history books to increase his own knowledge. In a final effort to enable others' education, he donated his body to the University of Utah School of Medicine.

Earl and Sue loved to travel. He always liked to remind Sue that it had been a long time since they had been anywhere. They loved fishing at Panguitch Lake and Flaming Gorge, following their beloved Utes to football bowl games and basketball tournaments, and traveling the country and world with friends and family.

A committed and caring husband, father, grandfather, and great-grandfather, "Pa" is survived by his children Mike (Kristi) Spencer, LeeAnne (Jim) Rushforth, and Karalynn (Anthony) Kirkham. He is also survived by 12 grandchildren and 16 great-grandchildren. He was preceded in death by his wife, Sue. He looked forward to being with her again.

The family would like to thank the amazing staff at Heritage Place and hospice nurses from Tender Care Hospice for their care during his final days. A family memorial service will be held at a later date. In lieu of flowers, the family suggests a donation to the Huntsman Cancer Institute. 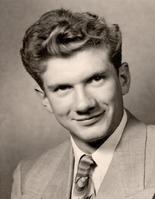 Published by The Salt Lake Tribune from Mar. 1 to Mar. 8, 2021.
To plant trees in memory, please visit the Sympathy Store.
MEMORIAL EVENTS
To offer your sympathy during this difficult time, you can now have memorial trees planted in a National Forest in memory of your loved one.
MAKE A DONATION
MEMORIES & CONDOLENCES
2 Entries
Mr. Spencer was a good Math teacher at Davis High School (1965)
He taught with truthful and positive life humor as well!
Rest Well Mr. Spencer!
Dale Rigby
Student
March 12, 2021
Karalynn, I am sorry to hear of your father's passing. I loved learning here about his passion for education, and wish he could have been our chemistry teacher! I wish you and all of your family well.
Jenni Kohler Hatch
March 7, 2021
Showing 1 - 2 of 2 results