1978 ~ 2012
Elizabeth Diana Van Gesen Roberts passed away on October 20, 2012, due to complications from childbirth, surrounded by family and friends. She was born on October 3, 1978 in Grand Junction, CO to Daniel and Paula Van Gesen.
Growing up she was a gifted singer and musician and spent time developing and blessing others with those talents. She was a bright young woman and spent 2 years pursuing a college degree at Northern Arizona University. She was a very faithful woman. At the age of 21 she served the Lord by preaching His word as a missionary for The Church of Jesus Christ of Latter-day Saints in Little Rock, Arkansas. Soon after, on June 15, 2002, she married her best friend, Michael Steven Roberts, in the Snowflake Arizona Temple. She was a very smart and ambitious woman and spent many years building her career with UPS in Salt Lake City, UT. Together Elizabeth and Michael built their home and family in Eagle Mountain, UT. They welcomed two daughters into the world, Abigail Rachael and Lilyanne Elizabeth. Her children were everything to her. She loved them more than life itself. Liz was the best wife, mother, daughter, sister, and friend anyone could have known. She leaves behind a legacy of hard work, love, and dedication to her family and friends.
She was preceded in death by her father, Daniel Van Gesen. She is survived by her husband, Michael Roberts; daughters, Abigail Rachael (3) and Lilyanne Elizabeth (1 week); mother, Paula Van Gesen; and siblings, Daniel Van Gesen and Amanda Bailey.
If you wish to help her young family, donations can be sent to the Elizabeth Van Gesen Roberts fund, set up at Wells Fargo.
Funeral services will be held Thursday, October 25, 2012 at 11 a.m. in the Eagle Mountain LDS Chapel, 7944 N. Smith Ranch Road Ward. Family friends may call Wednesday evening from 6-8 p.m. at Wing Mortuary, 118 East Main, Lehi and one hour prior to services on Thursday at the church. Interment, American Fork Cemetery. Online guest book at wingmortuary.com.

Published by The Salt Lake Tribune on Oct. 23, 2012.
To plant trees in memory, please visit the Sympathy Store.
MEMORIAL EVENTS
To offer your sympathy during this difficult time, you can now have memorial trees planted in a National Forest in memory of your loved one.
MAKE A DONATION
MEMORIES & CONDOLENCES
Sponsored by Anonymous Friends.
29 Entries 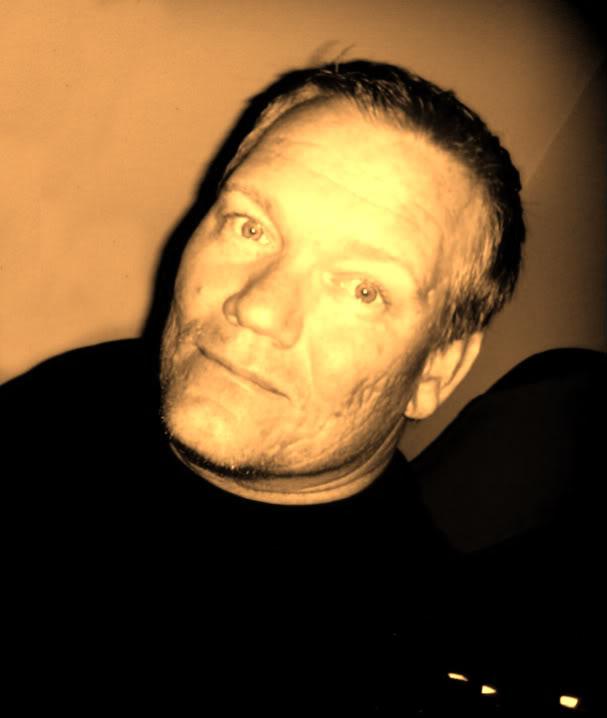 Thank you Elizabeth! You have such a wonderful family! You have touched so many of us and I promise to take Michael fishing! Hope to meet you someday!
Clif Gallagher
October 28, 2012
Liz was my sounding board and side kick in many of my high school memories. We could share our school dramas, teacher frustrations, and hopes as we walked from class to class. We sang together all the time. Her voice was mellow, mature, and beautiful. Her humor dry, witty, refreshing. Her mind insightful, quick, and bright. She could laugh at herself and find good where it was hard to find. Many happy memories with Liz.
Leslie Leonard
October 26, 2012
I am so sorry for the loss of Elizabeth. My prayers and love go out to family and friends and especially her husband and girls.
Jessica Green
October 26, 2012 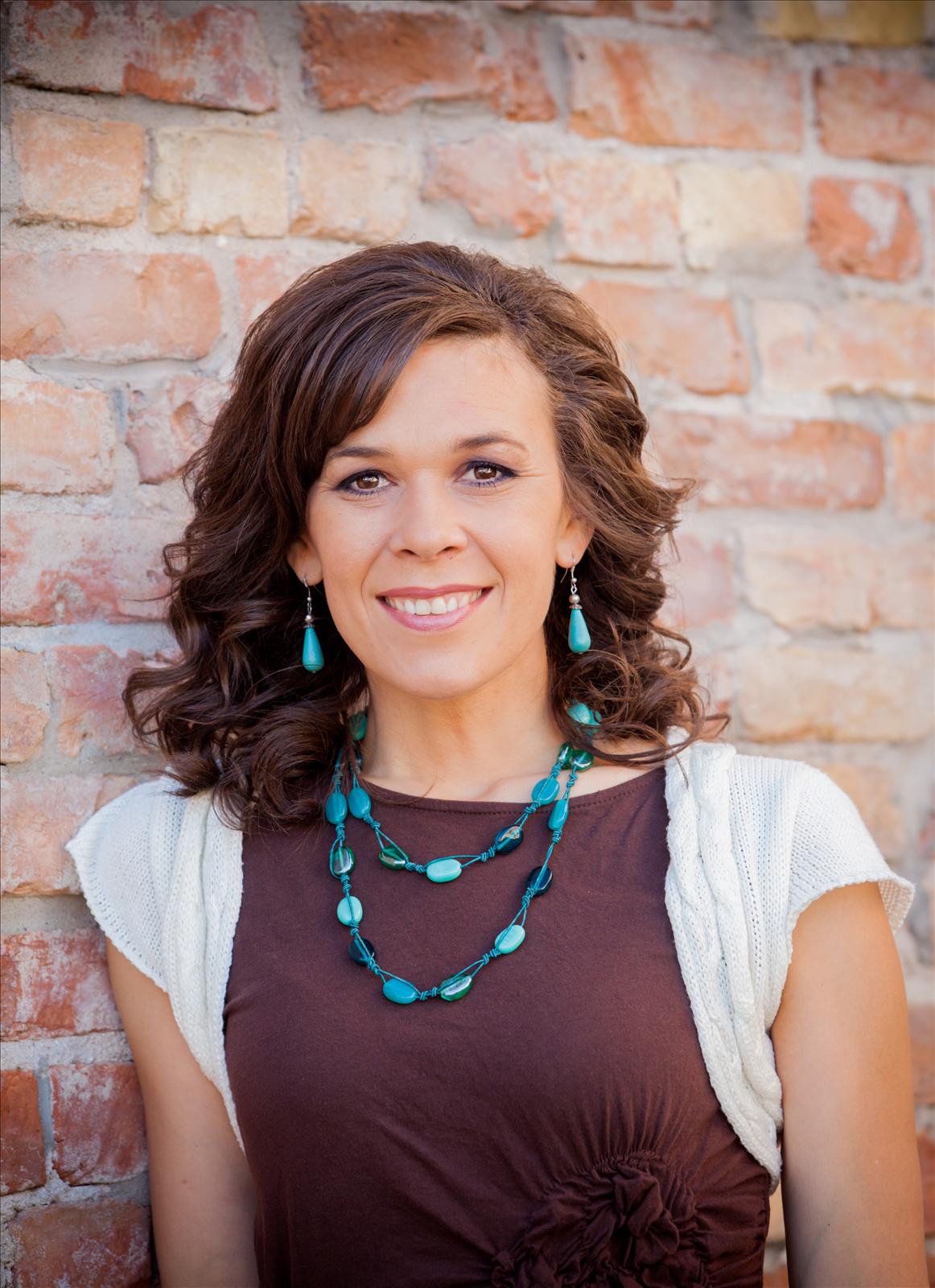 Dear VanGesen Family, I just wanted to let you know how sad I was to hear of this news. I didn't know Liz very well, because she was quite a bit younger than me, but I remember seeing her and thinking that she was the sweetest and prettiest girl I had ever seen. My best memory of her is that I was getting a ride home with your family from a football game in Mesa. Liz mentioned that she loved to play with hair, and I loved to have people play with my hair. I reclined my seat back, and she sat behind me and stroked my hair gently for a good two hours. It was the most relaxing trip from the valley I had ever had. I just bring it up, because I think that that one experience tells so much about Liz and her willingness to serve and her calming presence and sweet personality. Love to you all, Amanda Waterman Flake
Amanda Flake
October 25, 2012
Paula and family, my prayers are with you this day as you celebrate the life of your precious Liz. You are a wonderful family.I know you are all pulling together to help Michael with his two beautiful daughters.
Patricia Newsom
October 25, 2012
To the Roberts family, our prayers go out to you at this very trying time. We can only hope that Elizabeth will now forever be watching over and protecting her beautiful daughters from the other side. No words can express how sad we feel. May Heavenly Fathaer bless your family abundantly as your sweet daughters grow up.We love you!
Love, The Brimhalls
October 25, 2012
Liz was a very good friend to me years ago... life moved us in different directions and we lost touch. I will forever cherish the memories and the "lessons of our lives", that we shared. She was always so genuine. Just a honest, good person that that I adored.

I am so sorry for your loss.
Destiny Quarnberg
October 25, 2012
May her memory be eternal.
M Bean
October 25, 2012
So Sorry for your loss. My prayers are with you in this difficult time.
October 24, 2012
I am so very sorry for this families tragic loss of their beautiful wife, mother, daughter and sister. I work at Riverton hospital and had the opportunity to take care of their beautiful baby daughter, Lily. My thoughts and prayers are with your family.
October 24, 2012
MY PRAYERS GOES OUT TO THE FAMILY.
ANADEE EGBERT
October 24, 2012
Ther is only one word that comes to mind when I think of this tragic loss...heartbreaking.
Aunt Glenda
October 24, 2012
Mike We are so sorry for your family's loss!She was a very smart very loving woman!Take comfort in all the precious memories you shared together!
Brenda Bach
October 24, 2012
My deepest sympaties with your loss. Please accegt that you are in our prayers and loved. Virginia Kaiser
October 24, 2012
We express our condolences to Michael, Abby & Lily as they mourn the loss of his wife and their mother. Liz loved them all so much and wanted the best for them. May the memories of good times together sustain you in the days ahead.
Jim & Nancy Bailey
October 23, 2012
Michael I am so sorry for you and your family's loss. I will keep you in my prayers, please take comfort in knowing she is watching over her little family. (You don't know me but I worked with Liz for a few years when she first came over to the Quality department at UPS). I will never forget her and that beautiful infectious smile she was an absolute doll to work with. Her friends will never forget her, and I will keep her and her family in my heart forever. We are all truly blessed to know her. Love to you all.
Tammy Fluehe
October 23, 2012
sherra taylor
October 23, 2012
I light this candle with a prayer that God will look over Liz and her family that she was taken from suddenly. I know she will be watching over her daughters and family from above. Liz you will be greatly missed by your friends and family.
Becky B
October 23, 2012
I don't know Liz but I work with her. I never had the chance to have her as a supervisor. I do know that she has so many people that will miss her at work. I use to see her every day. My heart goes out to her family and her precious little girls. They are angels that have to grow up without one of the people that loved them most. Loosing a mom is the hardest thing to do. I wish their hearts peace and know that she will be watching them from heaven as they grow.
Misty Hamilton
October 23, 2012
Liz was a one in a million niece! Her smile and love of life warmed everyone around her. I know without a doubt that Michael will keep Liz's joy alive for my loving grand nieces.
Uncle David Van Gesen
October 23, 2012
So sad and sorry thinking about your painful loss. I too am a stranger to you, but please know I am holding your family in my prayerful thoughts. Your family now has a Guardian Angel that is with you. Peace and love to you all.
October 23, 2012
I will miss Liz's beautiful smile and great sense of humor. And that giggle that she had was unmistakable. I remember when she was a kid, she would run around the house just giggling while teasing her dad, mom, brother, her aunt and me, her uncle. Always happy and delightful, the giggling kid grew to be a happy, honest and reverent adult, wife and mother. She will be missed by everyone she has touched, loved or knew her.
John Poen
October 23, 2012
Michael I am a stranger to you but my heart is broken for the loss of your beautiful little wife. May God's protection be over you and your two daughters. Please know that a total stranger is praying for you and your family.

Kay Wells
October 23, 2012
I'll always remember Liz as one of those people who not only was razor-sharp in terms of intelligence, but was fantastic with understanding people too.

We will miss her dearly. My thoughts are with your family.
Scott Chase
October 23, 2012
Michael, you don't know me, but I read this obituary with deep sadness for you and your children. I do hope you will be blessed with the presence of comforting angels to help you through this sad time.

My deepest and sincere condolences to you and your family.
Beverly Kennedy
October 23, 2012
I can't express how sorry I am to hear of Liz's passing. She was such a great woman who made everyone feel accepted. She was fun to talk and laugh with. She always had a positive attitude. The world is less bright without her.
Liz Larsen
October 23, 2012
Liz was my co-worker at UPS for many years. But what I cherish most is that she was MY friend. Liz was an amazing person who would listen to you when you needed a friend, or make you laugh when you needed to be cheered up. I will miss Liz greatly, but I do know that her two daughters now have their own special guardian angel to watch over them as they grow up. My heart breaks for her family and friends. May God bless you and your family in this time of sorrow.
Sherry Castillo
October 23, 2012
My thoughts and prayers are with the entire family at this time. May the Lord bless and comfort you at this trying time...
monica warren
October 23, 2012
Elizabeth was my supervisor at UPS. She always made me feel special and wanted as an employee. I considered her my friend because of that. Please accept my deepest condolences.
Pauline Vitkauskas
October 22, 2012
Showing 1 - 29 of 29 results