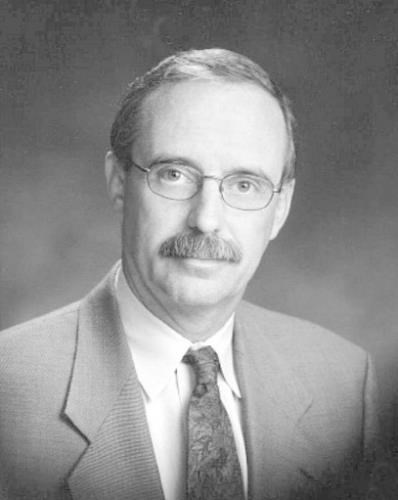 BORN
1951
DIED
2017
FUNERAL HOME
Mosdell Mortuary
676 S Hwy 89A
Kanab, UT
1951 ~ 2017
Gary William Ott, former Salt lake County Recorder, died from Alzheimer's Disease on the morning of October 19, 2017 while surrounded by is loved ones in Saint George, Utah.
Gary is survived by his brother Martin C. Ott (Ilene), and his sister, Kathy Chamberlain (Brent) and Kristine Williams (Danny) and many nieces and nephews.
Gary was born in Panguitch, Utah on April 11th, 1951 to McCune Charter Ott and Mary Faye Palmer Ott. As a child, Gary lived in Colorado, Texas, Utah and Nevada following his father's career with the National Park Service.
Gary graduated from high school in Cedar City, Utah. After graduation, Gary enlisted with the Utah National Guard and then the regular army where he was stationed in Germany and served until 1976. While in the service, he traveled extensively throughout Europe. He was proud of his time spent in the military serving our country.
Utah State University was his next stop. He graduated from USU with a degree in photography & art.
Later, Gary was a part owner and operator of Apple Lab a commercial photo lab in Slat lake City. The digital age spelled the end of film processing, but fortunately Gary quickly became very involved in adventure travel and went on to lead several photo safaris to Africa and the Arctic. He also worked in advertising and for the U.S. Department of Agriculture.
Politics was Gary's true love; nothing made him happier than campaigning for his friends and himself. He spent countless hours driving his blue campaign van around the county putting signs up. Gary was devoted to his office and took great pride in running it well.
Gary will be remembered for his quick wit and contagious laugh, beautiful photography, devotion to service to his office and love for "his people". He loved animals, especially dogs, and had a magnetic attraction to classic cars. He and his former wife and special friend Mary Corporon enjoyed many road trips in their Corvette convertible.
He was a devoted public servant and made a positive difference in many lives. He was deeply loved by his family and friends and will be missed.
Services will be held at the Cannonville, Utah chapel at 1 p.m., October 28th, 2017. Visitation will be from 11:30 to 12:45, prior to the service. In lieu of flowers, donations can be made to the Cure Alzheimer's Fund, 34 Washington Street, Suite 200, Wellesley Hills, MA 02481. Burial in the Tropic cemetery under the direction of Mosdell Mortuary.
Published by The Salt Lake Tribune on Oct. 22, 2017.
To plant trees in memory, please visit the Sympathy Store.
MEMORIAL EVENTS
Oct
28
Visitation
11:30a.m. - 12:45p.m.
Cannonville, Utah chapel
UT
Oct
28
Service
1:00p.m.
Cannonville, Utah chapel
UT
Funeral services provided by:
Mosdell Mortuary
MAKE A DONATION
MEMORIES & CONDOLENCES
Sponsored by Mosdell Mortuary.
10 Entries
I was very saddened to hear of Gary's passing. I loved him once. Sincerest condolences to his family.
Babe
Friend
November 5, 2017
Gary and I graduated from Cedar City High School the same year and since we had several classes together during high school I knew him fairly well. What a great guy! He always had a smile on his face and something funny to tell you. We were in band together; Gary was a fine saxophone player. He was always fun to be around.
My heart goes out to all those he has left behind.
Steve Matheson
October 27, 2017
I am sorry to see Gary leave us but I am more sorry for the way he had to leave. We will miss his previous great personality and friendship.
Bill Barton
October 26, 2017
I Remember Gary as a Fun Loving outgoing guy I went to Church with as well as CHS. Gary was always up for a good time. Gary was always smiling and enjoying life to the fullest. Proud to call him friend. May his siblings find Peace at this difficult time.
Richard Bratton
October 25, 2017
Gary was a part of our lives and he accepted my children as his own grandchildren (his only grandchildren). He will be sorely missed at birthday parties, Christmas and other family gatherings. They enjoyed having him as Grandpa Gary.
Krystal Bates
October 24, 2017
Gary was a very kind man he did a great job running the Recorders Office I always enjoyed talking with him in the halls. He will be missed My deepest condolences to the family.
Debby Bonacci
October 23, 2017
Oh, the memories I have of Gary! He was always a true friend. He will be missed
Rick Pruitt
October 23, 2017
Love ya Gary and thank you so much for what you did helping my career as a commercial photog. Your family is the best, as were you kind friend. Take care, Michael Romney.
michael romney
October 22, 2017
May The Perpetual Light Shine Upon Him
October 22, 2017
I remember Gary from our Ward in Cedar City, as well as a Classmate at CHS. Gary was always very Congenial and Friendly. I remember his old Chevy that was quite a "Tank" but Gary enjoyed the heck out of that Car. So, so, sorry for your loss, I am also sorry that Gary suffered with the Debilitating Disease Alzheimers. It is such a vicious Disease.May you all find Peace and Comfort at this difficult time, and find peace and comfort knowing that Gary is now"Home"........
Richard Bratton formerly of Cedar City.
Richard Bratton
October 21, 2017
Showing 1 - 10 of 10 results