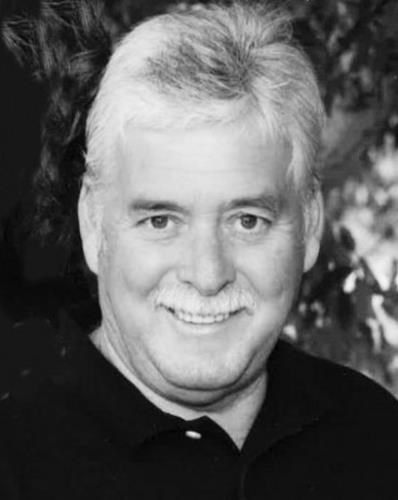 BORN
1949
DIED
2017
ABOUT
Hillcrest High School
FUNERAL HOME
Anderson & Goff Mortuary
11859 S 700 E
Draper, UT
Gilbert Fred Lopez
1949 ~ 2017
Our beloved Husband, Father, Son, Brother, and Grandfather, Gilbert Fred Lopez, 68, passed away on October 31, 2017. He was born on April 5, 1949 in Bingham Canyon, Utah to William "Wee" Lopez and Mary Jane Nichols. During his childhood he enjoyed playing baseball, riding bikes, golfing, and hiking in the Bingham Canyon Hills. He graduated from Hillcrest High School in 1967. He was married to Janet Lee Hunt on September 12, 1980; later solemnized in the Jordan River Temple on December 11, 2001. They were married for 37 years. Gilbert was a member of The Church of Jesus Christ of Latter-day Saints and served in many callings. He and Janet served as Guest Service missionaries from May 2013 to May 2016. He enjoyed serving the public during his time as a missionary. He worked at Kennecott Copper for 20 years and then Salt Lake City Corporation for 26 years until he retired in 2012. Gilbert was passionate about golfing and loved working at the golf course during his retirement. He loved sports and devotedly cheered for the Utah Jazz, the Utah Utes, and loved baseball. Gilbert's kindness and enthusiasm was contagious and he never met a person that he didn't try and befriend and genuinely care about. Gilbert was happiest when he was serving and spending quality time with his family.
Survivors: wife; children, Chris (Kimberly) Lopez, Lindsey (Tali) May, Michael Lopez; grandchildren, Kaleigh and Payton Lopez, Brooklyn, Cayden and Hudson May; father; sisters: Susan Wood, Billie Hewitt, Tammie (Martin) Iverson. Preceded in death: mother; brother, Al Lopez; sister, Diane Lopez.
Funeral services will be held at 11:00 a.m. on Tuesday, November 7, 2017 at the Country Park 8th Ward LDS Chapel, 1988 West 11400 South, South Jordan, Utah. Viewing will be held at Anderson & Goff Mortuary, 11859 South 700 East, Draper, on Monday evening from 6-8 p.m., and on Tuesday from 9:30-10:30 a.m. at the church prior to the service. Interment, Bluffdale City Cemetery.
www.goffmortuary.com
Published by The Salt Lake Tribune on Nov. 5, 2017.
To plant trees in memory, please visit the Sympathy Store.
MEMORIAL EVENTS
Nov
6
Viewing
6:00p.m. - 8:00p.m.
Anderson & Goff Mortuary
11859 S 700 E, Draper, UT
Nov
7
Viewing
9:30a.m. - 10:30a.m.
Country Park 8th Ward LDS Chapel
1988 West 11400 South, South Jordan, UT
Nov
7
Funeral service
11:00a.m.
Country Park 8th Ward LDS Chapel
1988 West 11400 South, South Jordan, UT
Funeral services provided by:
Anderson & Goff Mortuary
MAKE A DONATION
MEMORIES & CONDOLENCES
Sponsored by Anderson & Goff Mortuary.
22 Entries
Janet and Family,
It was an honor to be his supervisor for so many years, at Parking Enforcement. He will be greatly missed. Janet , I know your pain and I can not tell you enough how sorry I am. Please know that Gilbert really was proud of you and the kids! We always heard all his stories when he came back from outings or holidays. I remember when he told me the story how he met you at the car wash, he thought you was the prettiest girl he had ever seen. He told me that day he knew that you would be his bride. Gilbert brought laughter to our office through all the tough times, and yet was one of the best officers and devoted human beings you could ever know. He took pride and joy in everything he did, always doing his best. I will deeply miss him. But you will see him again and I truly believe that, I know he had a lot of friends here on earth as well as on the other side waiting for him to laugh and cry and watch over us! I believe Gilbert will see Ernie and my husband and all our dear friends that passed before him. Janet if you ever need someone please call me! Goodbye my dear friend, until we meet again!
Colleen Nichols
November 11, 2017
Lopez Family, Sorry we were unable to attend the viewing and funeral for your Husband and Father Gilbert. We still want to express our sympathy and love for you and your family during this difficult time. Cal and Ann Newbold and family
Cal Newbold
November 10, 2017
Janet and Family-

I was saddened to hear of the loss of your dearest Gilbert. I wish I had words to say to make things easier. I will say My heart goes out to you all have my deepest sympathies at this most difficult time. Know you are all in my prayers. Take care of yourselves and each other. God Bless.

All my Love,
Danette Markus
Daentte Markus
November 8, 2017
Our hearts are broken! Gilbert was a kind man and we are grateful for the friendship and example he was to our son!!
Clint & Camille Jones
November 7, 2017
Janet, my prayers go out to you and the entire Lopez family on the loss of Gilbert. I grew up with Gilbert from the time he moved to Midvale. My younger brother Tommy and Gilbert were best of friends throughout our childhood. I was lucky enough to play Pony League baseball with Gilbert. Of course, we were coached by his father, Wee. My parents were good friends with Wee and Mary Jane. My father and Wee worked for many, many years on the Number 9 Tool Car (The Big Hook) at Kennecott. The memories are only good. God Bless you and Your family. God bless Gilbert.
Kenny Davis
November 7, 2017
Janet and Lopez family,
I am so saddened by the loss of Gilbert, I still cannot believe it.
Christopher, your Dad shared memories of you with me. He loved you more than word can express.
Lindsey and Michael, he was very proud of your accomplishment and loved you both.
You all need to continue his legacy of compassion, generosity and service towards others.
I will miss his laughter and goofy personality, especially after having a little bit too much caffine OMG!.
Gilbert always looked out for me, and I will treasure all the good times that we shared.
Until we meet again Gilbert " Wax on Wax off"
RIP P-22

Christine
chrissy rice
November 6, 2017
I am so sorry to hear that Gilbert is no longer with us. We grew up in Midvale and had so many adventures at Midvale Jr and Hillcrest High. I am so thankful that I was able to find him and had the opportunity to talk for hours last summer. I had not talked to him for 50 years. We talked about growing up and all the crazy things we did and the people we knew. I think it made us feel young again. I am so sorry for your loss. Henry
Henry Dumas
November 6, 2017
Janet,
I am so sorry for your loss. I attended high school and graduated with Gilbert. He was a very nice person then. What a wonderful legacy he has left you and your family. God bless you at this difficult time. Rhea Smith
Rhea Smith
November 6, 2017
Janet, my love and prayers are with you and your family at this time of Heartache. Enjoy the memories and wonderful times you spent together, the great memories will keep you going. You are in my prayers, I'm sorry at this time I can't attend Gilbert's funeral. I think I'm a little afraid it being the week of Mikee's passing last year. If you need to talk I am always here. Love you, Terri Burdette
November 6, 2017
Janet: So sorry to learn of Gil's passing, our thoughts and prayers are with you and your family at this time, we Loved getting acquainted with you at the Conference Center, may you feel our Heavenly Father's Love at this tender time.
Ken and Janet Fredrickson
Ken & Janet Fredrickson
November 6, 2017
Dear Janet, I knew Gilbert most of my life, our parents were the best of friends and I have fond memories of good food and laughter! We played a lot of baseball at the pony league park then go to
Vincent Drug for a shake, Good Times for sure! Gil was a better than average hitter, but also humble. He would smile and say I got lucky! I figure we were lucky to know Gil. Sincerely Frank and Laura Montoya and Fam.
Frank Montoya
November 6, 2017
Dear Janet: I am so sorry to learn of Gil's passing. Just know that I am thinking of you and what a wonderful person Gil was.
Stephanie Merrill
November 6, 2017
I will always consider Gil one of my closest friends. I will never forget the wonderful times our group had together at our 2pm standing tee time that we held for years and the hours of conversations we had together. Gil had a awesome way of bringing people together. Gil was a friend of all the staff, members and guests at Riverbend golf course we will miss his happy upbeat personality and smile. We offer our prayers and condolences to the Lopez family. God bless you
Miguel Chapela
Friend
November 6, 2017
I am glad that I had the opportunity to play golf with Gil on October 30. We played many times over the years.
Bob Drennan
November 6, 2017
Chris and Kim so sorry for your loss my prayers go out to you and your family.
Amanda Taylor
November 6, 2017
Gilbert
You were always so much fun to be around-such a fun, caring man! Years could go by and you were always the same fun loving guy. We are really going to miss you and your great smile/laugh. Our deepest condolences to Janet and family.
Love Lisa & Gary Mulcock (Ana & Cheyanne)
November 6, 2017
So sorry to hear about Gilbert's passing. Gilbert and I were childhood friends growing up together in Bingham Canyon. We lost track of one another throughout the years but I would often reminisce about the good times we had while growing up as kids in Bingham. Condolences to his family.
Ernie Rodriguez
Friend
November 6, 2017
Gil was such a warm, funny and friendly guy. I so loved talking with him and Janet. Condolences to the family I know he will be missed by many.
Jenny Mahoney
November 6, 2017
You were the best neighbor, always there when asked for help and interested in lives around you. I enjoyed sharing stories, rumors and tales with you. I believe your family and many friends will miss you dearly. I'm lucky to have known you.
Mike VanVoorhis
November 5, 2017
Condolences to the family, Jim & Katie Koos
Jim Koos
November 5, 2017 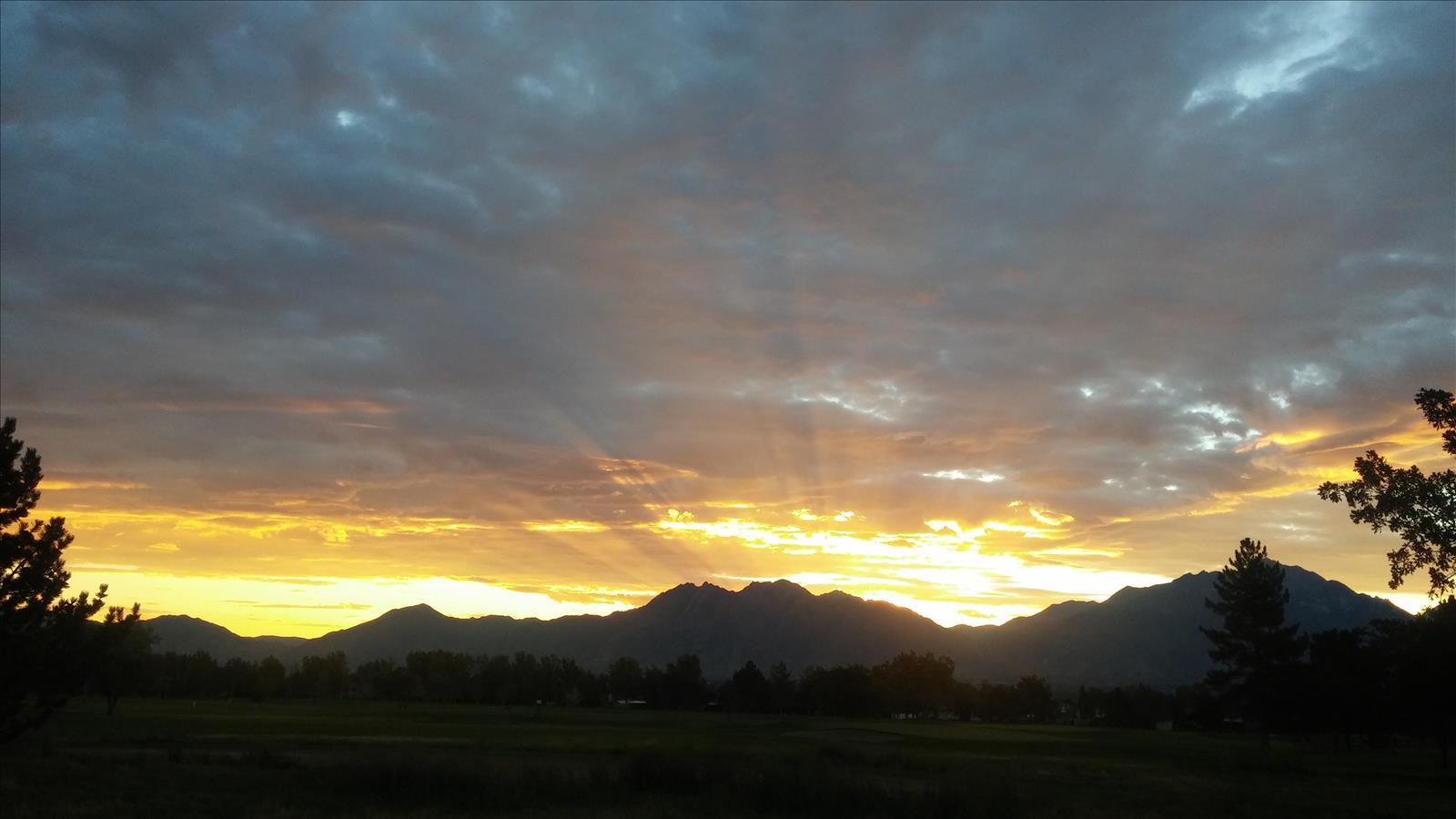