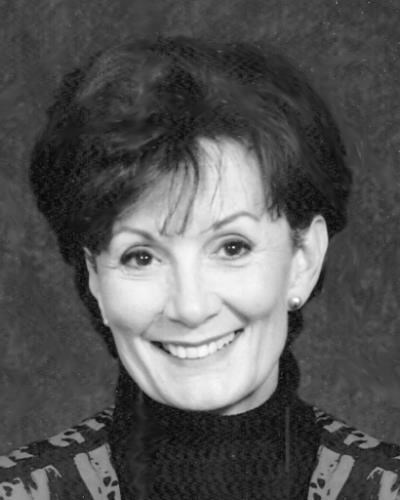 BORN
1938
DIED
2016
1938 ~ 2016
Gwen Cowley peacefully passed away January 18, 2016 in Salt Lake City, UT at the age of 77. She was blessed to have her loving family surrounding her during the time of her passing.
Gwen was born July 22, 1938 in Tucson, Arizona to parents Elijah and Isaura Abegg. She attended Brigham Young High School and then Brigham Young University in Provo, UT. Later she married James (Jim) W. Webster, Jr. July 2, 1959 in the Salt Lake Temple, while he was attending medical school in Philadelphia, PA. His training would take them to other cities such as Seattle, WA and Houston, TX where he completed his cardiothoracic surgical training. After which, they settled in Salt Lake City, UT, as Dr. Webster began his medical practice, and Gwen continued to raise their six children.
Following Jim's untimely death in 1982, Gwen married Joseph F. Cowley September 12, 1997 in St. George, UT. They were able to enjoy 18 wonderful years together as they spent time with their 30 grandchildren, traveling, and serving as mission presidents for the Church of Jesus Christ of Latter-day Saints in the West Virginia Charleston Mission from 2005-2008.
She is preceded in death by her first husband, James W. Webster, Jr. M.D., her parents, and 6 older siblings. She is survived by her husband, Joseph F. Cowley, Jr., and six children: Chari (Bill) Moreton, Robb (Michelle) Webster, Chris (Jeff) Christensen, Richard C. (Heather) Webster, Gary S. (Shawna) Webster, Bryan J. (Holly) Webster, and 17 grandchildren.
Funeral services will be conducted Saturday, January 23rd at 11:00 a.m. at the L.D.S. Cottonwood 12th Ward building, 1750 E. Spring Lane (5240 S.) Holladay, UT. A viewing will be held Friday, January 22nd from 6:00 to 8:00 p.m. at the Spring Lane chapel, and also one hour prior to the funeral services. Interment will take place at Wasatch Lawn Memorial Park (3401 E. Highland Dr. SLC, UT) immediately following the services.
The family is grateful to all of the wonderful care managers at Sunrise Senior Living Center and also Jolene, from Solstice Hospice for their compassionate service.
Published by The Salt Lake Tribune from Jan. 21 to Jan. 23, 2016.
To plant trees in memory, please visit the Sympathy Store.
MEMORIAL EVENTS
Jan
22
Viewing
6:00p.m. - 8:00p.m.
Spring Lane chapel
UT
Jan
23
Viewing
10:00a.m.
L.D.S. Cottonwood 12th Ward building
1750 E. Spring Lane (5240 S.), Holladay, UT
Jan
23
Funeral service
11:00a.m.
L.D.S. Cottonwood 12th Ward building
UT
MAKE A DONATION
MEMORIES & CONDOLENCES
23 Entries
We are very sad to hear about your mother's passing. We have many fond memories of her and your family when we were neighbors. She was a great lady.

We were out of town for the past two weeks and I was informed by my children of Gwen's passing. She was a dear friend of mine from the time we were debate partners at BY High and through the years. The only reason we did so well in debating, according to George Lewis, our debate coach, was that Gwen carried us both. She has always been a beautiful, sincere friend and every time we meet she would give me a big hug. She was truly a beautiful, gracious women.

Gretel and I send our love at this time.

Thanks for always being a constant and good friend. Mark and Linda Loosli
January 22, 2016
Webster Family, Your mom will be missed. She was so kind to me as a new Young Woman in the ward and was inclusive and loving. I was telling someone just the other day about an act of service she did for me when I was young that has impacted me my whole life. I have used her positive example to help try to impact others as she did. She always had such a beautiful smile and a kind word for everyone. Prayers for your family. Love, Michelle Richards Lund
Michelle Richards Lund
January 22, 2016
Hello Joe, So sorry for your loss, again
Nancy Hollingworth
January 22, 2016
So sorry to hear of this. Our sincere condolences to the family of a dignified lady.
Bart and Joanne Webster
Rexburg, ID
January 22, 2016
I am so sorry for your lose. I remember the first time I met Gwen and Joe. They came to our area to meet with the parents of the missionaries that they were going be serving with. They drove up in a cool car, with the hood down. Both of them wanted to know about our son so when they got to the mission home they would feel closer to him. I was so impressed that they made such a sacrifice to meet us. My son loved them as much as I did. The motherly love that Gwen gave to my son Elder Andrew Horting was priceless. Thanks to both of you for your service and love to everyone.
Luanne Horting
January 22, 2016
Dear Joe,
WE were sorry to hear of your wife's passing. May the Lord Bless and comfort you at this tender time.
Rebecca Carr Lewis and the Carr Family
Rebecca Carr Lewis
January 22, 2016
What a lovely lady. I did not know her butI do know three of her six children and they are all amazing!! To raise such wonderful children says it all. She is truly an elect lady.
Rick Glauser
January 21, 2016
Dear Webster Siblings & Families,

I am sorry to read about the loss of your mother & grandmother. I met her over the phone, many years ago. She always made feel welcomed when I would come over to visit. She will always hold a special place in my heart, for the wisdom that she shared with me while serving my mission.
I am thankful for the plan of salvation, and the peace it brings at this time.
My prayers & love to all.
Elizabeth (Peery) O'Leary
January 21, 2016
Joe and family,

I grew up with you on Michigan Ave. in Salt Lake City. I am so sorry you have lost your wife.
I send my sympathy to you and your families.

Remember that time and good thoughts are great healers. Remember to thank our Heavenly Father for the Plan of Salvation. May you find comfort and love through the Gospel.

I would love to hear from you.
Norma (Strang) Larsen
Norma (Strang) Larsen
January 21, 2016
It's been many years since I've been in contact with your mom but I always treasured our friendship when you guys were growing up. I always admired her cleverness and remember the theme of your dads funeral of the compass. Am sure she was a great missionary mom when on her mission. I am out of town n sorry I can't pay her respect at her funeral. My love to all the wonderful children that she raised. Pam Hopkins
January 21, 2016
My heart is tender today as I think of this strong and beautiful lady, the outstanding life she has lived, and the wonderful family she has raised! I am so grateful for the example of genuine kindness and friendship she always showed me. Growing up in the Mt. Olympus stake, we knew Gwen Webster was always the gold standard in classiness! And her children were too. Sending all my love to each of you, dear Webster family, with thoughts of hope and gratitude for the blessing of eternal families. Sincerely, Kristen (Pinegar) King
Kristen King
January 21, 2016
Dear Gwen, I will miss your sweet personality and beautiful smile. May your family be comforted remembering the happy times with you.
Love, Karen smith
January 21, 2016
Dear Webster Family (my dear friends),
Please know that we are thinking and praying for you at this time. I loved your mom, she had such a beautiful smile and always make me feel like family. It has been years since I've seen her, but she will always have a dear place in my life growing up.
I love you all!
Datus Thorup
January 21, 2016
President Joe and family, What a blessing it was to get to know you and Gwen while you were here in West Virginia. I also had the opportunity to know Jim while I worked at LDS Hospital. my wife loved Gwen and enjoyed sharing their experiences as "mission moms." You have had a great blessing to have two faithful companions and a large and wonderful family. I know you will be comforted in this time of separation because of your absolute testimony in the Savior's plan. Know that my thoughts and prayers are with you and your family. Faithfully yours, President E. Reed Heywood, M.D.
E. Reed Heywood
January 21, 2016
Showing 1 - 23 of 23 results