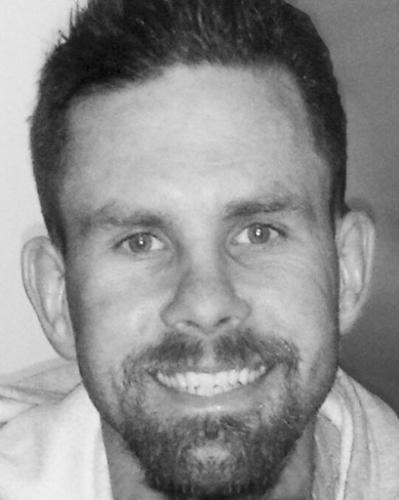 I express my condolences on the loss of Jason. I got to know Jason at the Married Student 9th ward when I was a Bishop. I enjoyed getting to know Jason and my discussions with him. Of course, I remember you, Alahna and Will (I recall that Will was a little bit of a live wire in Sacrament Meeting). I wish you, Alahna, Will and your next child the best.

Tom Christensen
January 22, 2014
Shelly Bird,I am saddened for your loss.You are one of my special angels.Jason and Clark are watching over you and the children.I love you... love you always...Angi Baldwin
angi baldwin
January 22, 2014
May your family find peace during this time of sorrow. You are in God's care.
Tammy Rehart
January 21, 2014
Ron and Melanie, we send our deepest condolences to you. We pray that you will be comforted.
Marv and Jan La Bard
January 21, 2014
To Shelly, Ron, Melanie, Sean, and the rest of the family. It is with sad hearts that we read of Jason's passing. What sorrow we feel for the ones that are left here to carry on. We never knew Jason, but knowing Ron and Melanie, we know that he was a good husband and father. He is with his Mom right now preparing that little soul for its entrance into this world. Know that you all will be together again! Our thoughts and prayers are with you at this time. Lyle, Barbara, Walter, Abra and Trevor
Abra Smith
January 21, 2014
Jason I love you I always have. You touched my heart the first time you walked in
to our home. You were kris' best friend and he has
always talked about you.
I can still hear you walk in the back door hi mom im so hungry. You filled our home with laughter and your smile will be always seen in your
children. You always had amazing idea's and plans and we knew what ever you set out to do it would be accomplished. I know you are in your moms arms. You have the most beautiful family, they will be in our prayers. We will always miss you.
Nancy Casias
January 21, 2014
As you know, Stoker family, Jason was a tender soul and his bright personality was a manifestation of God's love for him. We love your family and you are all in our thoughts and prayers.
Wayne & Lee Ann Freestone
January 21, 2014
Words can't express how saddened I am to hear of this loss.
Katie Lewis Schulthess
January 21, 2014
Additional details not in obituary.

Donations to the Jason Stoker Family Fund can be made at any Wells Fargo branch.

Thank you everyone for your kind words!
Emily Reece
January 21, 2014
Shine on, you crazy diamond
Trevor Marshall
January 21, 2014
A beautiful tribute for a beautiful man. Jason always greeted us with a smile and a hug. I will always remember his deep voice reading the Christmas story as Ray sang "o Holy Night" ( as Debbie Robbins played piano). He practiced long and hard and told me he wanted to do it perfect because it is "the best story ever written". He loved life, family, friends and our Father in Heaven... In true Jason unique way. I am ever grateful for each encounter I had with Jason- from doing his and Shelley's wedding flowers to just watching him interact with his kids. Prayers for your peace, comfort and faith.
Mary Catherine Stock
January 21, 2014
Ron, Melanie, Sean and family; so sorry for your loss. I pray for the comfort of the Lord to surround you all.
Leron Putnam
January 21, 2014
I knew Jason since he was a young boy and watched him grow. I always liked Jason. He really had a good heart and now he will be sorely missed by all who knew him. Now he is in the hands of his loving Father in Heaven. Thank goodness for the gospel perspective of the Savior's life and mission and the comfort of the Holy Ghost. The infinite Atonement can reach all and heal the wounds of the soul. Our hope and prayer is that there may be peace and comfort given to the Stoker and Robbins families.
Paul Ayrton
January 21, 2014
Jeremy Haskell
January 21, 2014 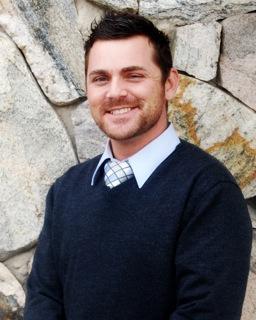 Jason,
I always loved talking with you about "face-to-face" concerts and music. It's hard to believe you're gone. Rest in peace man. I know you will be missed.
Jeremy Haskell
January 21, 2014
Our hearts go out to the entire family in your unexpected your wonderful son, husband, father and son-in-law. Our deepest sympathies and pray for you all.
Jonathan Bradshaw
January 21, 2014
Out hearts ache for the loss of this wonderful man. We have so many wonderful memories of him. One in particular was when John's mother Jane needed some help with her plumbing. I guess a backed up garbage disposal is the worst call a plumber can get. Jason happily dropped everything to run over to her house fix it quickly, and he even went through every sink in the house to make sure it was draining properly. Jason didn't do things half way. What a service to her! What a sweet and kind and loving thing to do. We will miss him. Shelley, we are so sorry for your loss. Praying for comfort and peace for your families. I am sure Jason is loving and preparing you new addition for a wonderful life here on earth. It is such a shame they could not share theirs together. Hugs and love!
John and Kristan Davies
January 21, 2014
I am so sorry to hear this. Shelly, my thoughts and prayers go out to you and your kids.

Love Jason and Mika Fiack
Jason Fiack
January 21, 2014
Stoker family ,Shelley ,Chris ,and Debbie. No words can express our sorrow for your loss !Shelley I hope you know that Jason is up in heaven right now loving that new sweet spirit. May you all find great comfort in knowing that . We love you , and keep you in our prayers .
Rod and Gaby Lowry

.
Gaby Lowry
January 21, 2014
For the short time that we worked together, you was a great teacher and your passion in what you did was contagious and made a lot of us at Zodiac that wanted to learn more about the materials we was working with!! Thank you for being a good friend and a good listener without judgement.. Thank you for sharing your funny stories!! You will be missed dearly and work won't be the same without you, you made it fun and interesting every day!!
Christine Nunez
January 21, 2014
Jason it was a pleasure working with you at Maxtec. We always had great conversations. I love that you love coffee as much as I do. RIP my friend. You may be gone but never forgotten.
Lori Lloyd
January 21, 2014
This has to be the most well written tribute I have EVER read. I didn't know Jason, but his parents are two of my heros. Faith like no other! My condolences to ALL the family for your loss.
Corina Putvin
January 20, 2014
yvonne whiting
January 20, 2014
Our hearts and eyes are so full today. Words cannot express our emotions and love for Jason, Shelly and both of their families. Our hearts hurts but is full of hope and happiness for a bright future for Jason and Shelly and their sweet children. You are both so special to us. You always will be. Sincerely, your friends, neighbors, church leaders and admirers. Tom Mary Wenner
mary wenner
January 20, 2014
Showing 1 - 35 of 35 results