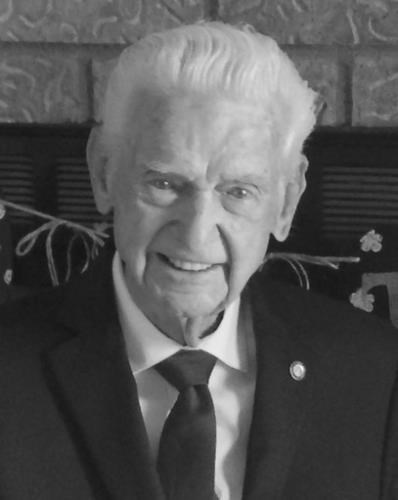 ABOUT
West High School
Jerry Elwin Chidester
1925 ~ 2020
Salt Lake City, UT-Jerry passed away on June 17, 2020. He has reunited with his wife, Toni; and his parents, John E. and Florence Loveland Chidester; as well as his siblings: John Elden, Ida Mary, Orson M., Wesley L., Woodrow W., Florence, and Ray E. Chidester.
Jerry was born on May 18, 1925, the youngest of 8 children. He was always called "My Little Angel" by his mother. He was an Elder of the Church of Jesus Christ of Latter-day Saints in the Rose Park 10th Ward.
Jerry graduated from West High School and shortly afterwards he joined the Navy, serving proudly in WW II. After the war, Jerry continued his military service in the Utah Air National Guard. His unit was activated during the both the Korean and Vietnam wars. He continued to serve in the Air Guard as the Supervisor of the Fabrication Section. He retired after 35 years of service as a CMSGT. After retirement, he served as the Enlisted Advisor of the General of the Air National Guard until 1983. He was always very proud of his military service.
Jerry enjoyed a good game of golf and was a caring compassionate person with a quick wit and a good joke along the way. He was a devoted and loving husband to Toni, father to John (Kathy), Jody (Debbie), Christi (Dan) and Kevin (Renee). Along with his surviving children, he was very proud of his 24 grandchildren and 23 great grandchildren.
He will be missed by all.
The family will receive guests on Monday, June 22, 2020 from 10:00 to 10:45 am at Larkin Sunset Gardens with a graveside to follow at 11:00 am.
Published by The Salt Lake Tribune on Jun. 21, 2020.
To plant trees in memory, please visit the Sympathy Store.
MEMORIAL EVENTS
Jun
22
Visitation
10:00a.m. - 10:45a.m.
Larkin Sunset Gardens
UT
Jun
22
Graveside service
11:00a.m.
Larkin Sunset Gardens
UT
MAKE A DONATION
MEMORIES & CONDOLENCES
10 Entries
Still miss you every day.
Jerry James Chidester
Family
June 15, 2021
Chief chidester was outstanding leader in the Guard. I enjoyed our conversations during our time together serving this great nation.