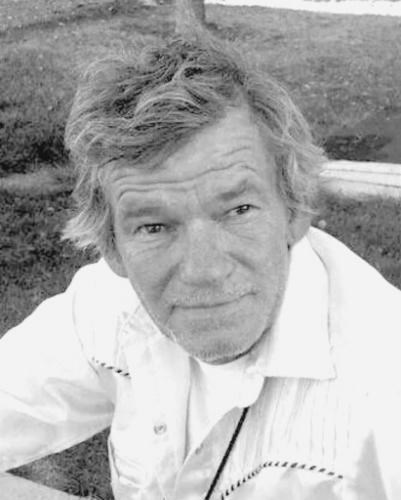 BORN
1958
DIED
2015
FUNERAL HOME
Starks Funeral Parlor
3651 S 900 E
Salt Lake City, UT
"Smokin"
1958 ~ 2015
On February 26th we lost another great man to a sudden illness. Joe Edwards was born on July 2nd, 1958 the son of Helen Marie Cook and June Owen Edwards in Gunnison, UT. At the loss of his parents at the age of only six he moved to the Salt Lake Valley where he was raised by his sister Patricia Marie and her husband Verlynn Jensen. Who sought to it that he graduated from Hillcrest High School in 1976.
After high school Joe started a career as a lineman. He was a proud member of the Union (IBEW57) where he dedicated many years of service to keep things running and bright for all of us. Included in his career where companies like UP&L and Wasatch Electric, just to name a couple. Joe certainly loved his job, especially when he got to fly a helicopters.
Early in life Joe met his former wife Debbie Brian Edwards and her two daughters Justina Paulsen and Wendy Rawlins. Joe and Debbie soon after gave birth to their daughter Jo Marie Edwards. Unfortunately Joe lost his wife to the hands of God in 1992.
In this final chapter Joe reunited with an old childhood friend Cindy Ann and later made her his girlfriend and gladly accepted her six children. Cindy was with him until the day he left us for a better place. He has now found his huge piece of property he always wanted and is sleeping under the stars next to his campfire.
He is survived by his daughter Justina Paulsen, Wendy (Robert) Rawlins, Jo Edwards (Justin) Maynard; grandchildren Leah and Damien Rawlins, and Teagan Sereal; sisters Patricia Marie (Verlynn) Jensen, Penelope (Johnny) Pritchett; brother Michael Edwards. Preceded in death by his parents; wife Debbie Brian Edwards.
A funeral will be held on Wednesday, March 4th at 11:00 a.m. at Starks Funeral Parlor, 3651 South 900 East, Salt Lake City, where a viewing will begin at 10:00 a.m. Graveside to follow at Loa City Cemetery, 125 North 600 West, Loa, UT.
Online condolences may be offered at www.starksfuneral.com
Published by The Salt Lake Tribune on Mar. 3, 2015.
To plant trees in memory, please visit the Sympathy Store.
MEMORIAL EVENTS
Mar
4
Viewing
10:00a.m.
Starks Funeral Parlor
3651 S 900 E, Salt Lake City, UT
Mar
4
Funeral
11:00a.m.
Starks Funeral Parlor
3651 S 900 E, Salt Lake City, UT
Mar
4
Graveside service
Loa City Cemetery
125 N. 600 West, Loa, UT
Funeral services provided by:
Starks Funeral Parlor
MAKE A DONATION
MEMORIES & CONDOLENCES
Sponsored by Starks Funeral Parlor.
7 Entries
will always love you dad
justina poulson
June 8, 2015
Rest in peace dad till we meet again. I will think of you when ever I see a camp fire. Love you!
justina poulson
June 8, 2015
Joe was a cat on a pole. A good Journeyman and a good Brother. Rest in Peacse and may God comfort family and friends.
Ron Anderson
March 4, 2015
I was honored to know and work with one great lineman. Mike Aime
March 3, 2015
Smoking Joe Edwards was a great man and great friend he will be greatly missed and I am proud to say he was my friend
Kevin Rhodes
March 3, 2015
My deepest condolences to you girls, Justina, Wendy, and Jo. So sorry to hear of your loss. Sending love and lots of hugs to you all. Xoxo
Lindsey Kessler
March 3, 2015
Many found memories of my good Freind Joe he will be greatly missed rest in peace my brother And God bless your family Jim Louder
March 3, 2015
Showing 1 - 7 of 7 results