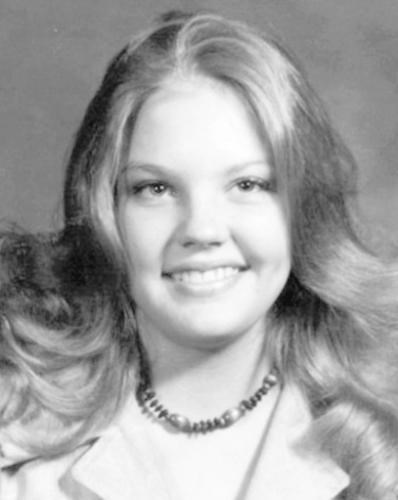 I am proud to say she was a dear friend. Such a sweet soul. We hung out when we were attending Midvale Jr and were debate partners in high school. We didn't do much debating, but we sure had a grand time chatting.

She will be missed. I'm sorry we weren't able to chat one last time.
Debbie Larsen-Jones
February 8, 2018
Herbert Lozano
July 19, 2017
I would like to give my condullence too Jolene S Day.we had classes together and Hillcrest high school. I just found out about her passing. She was a lovely girl.I got to know jo in my classes we used sit right next too each other.Jolene may may you rest on Gods silver tapestry ,with your lovely sister Melissa Smith,and your wonderful father,Louis Smith.
Lozano Herbert aka Pino
July 19, 2017
This breaks my heart, I have been looking for her, she was one of my best friends in high school, I wish I had one last visit before she passed.
Cathy Thornton -Davis
June 25, 2016
Tim, I have just learned of Jo's passing, and I am shocked and saddened. I am happy I had made contact with her a couple of years ago.I know things weren't easy for her the past years dealing with M.S. You were very kind to her and you did the best you could for her.
I pray Jo is at peace and reunited with her father and her sister. I am very sad knowing I won't see her again in this life.
Tim, I have good memories of you and Jo when we lived in Salt Lake. I remember when I visited you in Vegas, and we saw a play Caitlin was in at school and then had dinner at your house. I still have the program from the play!! I have always considered you dear friends. Jo was a very sweet, very pretty lady. I will always remember her.
With my deepest condolences,
Celia Burrows
October 3, 2015
Celia Burrows
October 3, 2015
Robyn Kaufman
January 20, 2015
I am sorry for your loss of Jolene. I grew up with her and her beautiful sister Melissa was in my ward in Midvale, and my best friend. The three of us had some great times,,, we were always laughing. I loved her mom and dad, the neatest people. So sorry Joan, l loved your daughters. Jolene alway's made us laugh, and she was always there. It was alway's a good time. Those were the good ole days!:) So sorry for your families loss.:( Till You meet again...:)
Jackie Barrett
October 26, 2014
Sweet Jo will be missed,she was a peaceful friend I am glad to have met such a kind person!We all go through this life and then someone like Jo leaves us and we are stunned.Patrick Allen HHS 1977
October 24, 2014
Dear Aunt Joan, and Uncle Fred~
So sorry to hear of Jolene's passing. Though I never met her, I know that you loved her a great deal. May the memories you have help through the grief, and knowing she is well and whole, with her sister and her father, bring you comfort and peace. Love you both, very much.
Dianne & Steven Faurschou
October 23, 2014
Tim sorry to have read of Joes passing. It was a fond time in my life when we shared time together.
Kevin Hullinger
October 23, 2014
Tim, I am sorry to read about the passing of your wife. I fondly remember sharing your excitement of your babies birth, while your co-worker at Questar. I hope the fond memories you have of Jo help you through this most difficult time.
ellen skollingsberg
October 22, 2014
I remember going through school with Jolene from elementary through high school. She always had a bright smile and gentle spirit.
Thoughts and prayer to her family at this difficult time. She will be missed.
Zoe (kosovich) Roberts
October 22, 2014
Jo was a great friend from High School and she will be missed by us all that knew her.
Cindy Jolley NEWton
October 22, 2014
Such a wonderful, kind colleague during her time at KUED. She is remembered fondly. We extend our deepest sympathies to the family--Ken Verdoia for the staff of KUED
October 22, 2014
I am so sorry for your loss, may peace find all those left behind. Jo will find joy in hugging her sister and dad again!
Sharon Hunter
October 22, 2014
This message would be to Joan Smith Griffiths. I'm so sorry that she passed Joan. I miss every one in Midvale. My thoughts are with you and her family. She had a nice big family I see. Wonderful. My love to you and her family. Pamela Kemp Bishop
Pam Bishop
October 22, 2014
This breaks my heart, I wish I had known, she was such an awesome friend to me in High school. I loved her so much ! Cathy Thornton Davis
October 22, 2014
Rest in Peace, Jo. We'll all miss you.