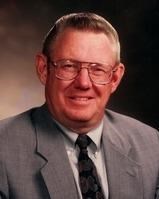 J.Dell Holbrook of West Bountiful, Utah, passed away at the age of seventy-six due to injuries sustained in an automobile accident which occurred on 12 August 2021. Before passing away on September 18, 2021, he spent more than five weeks in the ICU Unit at an Intermountain Health Care Hospital in Salt Lake City.

J.Dell was born 27 June 1945, in Salt Lake City, Utah, to Dell and Marie Holbrook. He had three brothers, Bob, Bert, and Lee—who was ten years younger than J.Dell. Bert was his older brother, and he spent a lot of time with J.Dell as they grew up. Along with the other boys who lived on the street, J.Dell and Bert created new games to play or just got into trouble. Those were the days of building race cars out of old wooden fruit crates and old wagon tires, making flippers for toy guns out of used bike tire tubes, and clipping playing cards with clothes pins to bicycle tires for parades. The cards made their bikes sound like motorcycles, and racing their hand-crafted cars down Center Street above Orchard Drive was scary fun! They played baseball games organized at Stoker School and took hikes up to the Big B on the mountainside. J.Dell's brother Bert liked to light fires so the neighborhood gang could pee them out. One day, the fire got out of control, and a chicken coop went up in flames!

Bountiful was a great place to grow up in. There were Cantaloupe Days in the fall at the Bountiful Park where for ten cents anyone could eat as much cantaloupe as they wanted, or spectators could watch Donkey Basketball where one-half of the team rode donkeys and the other half dressed as the Bloomer Girls. The person at bat would hit a rag ball, get on a donkey, and ride it to first base, etc. It was great fun to watch! American Bandstand and Dick Clark were a big thing at that time, and Utah had its own answer to it called Utah Bandstand with Ray Uilaberry. It was broadcast on Channel 5, in Salt Lake City, and tennagers would pantomime hit songs of the day.

J.Dell started his work career at the age of thirteen manning a road-side fruit stand on the west side of Highway 89 in Bountiful, Utah, just south of Pappas' Steak House. He often spoke of how much he learned about people and about produce. His boss Ernie taught him that poorer people were usually more honest than richer people, and they complained less about the price of produce. J.Dell went from working with produce to learning landscaping skills at Kirkland's Nursery for Gary Burningham.

J.Dell attended Stoker Elementary, Bountiful Junior High, and Bountiful High School. As a Bountiful Brave, he loved his Speech and Industrial Arts classes the best. Mrs. Gill was a favorite teacher to him. He loved to hang out with his friends and work with his dad at night refurbishing a cabin cruiser.

After high school, J.Dell attended Weber State College until he left for missionary service in the British South Mission. His mission president, Don K. Archer, became a life-long friend, and under his tutelage, J.Dell gained a reverence for his Heavenly Father and Jesus Christ as he developed humility, tact, and a love for the British people. Batman was popular at that time, and as President Archer's assistant, J.Dell and his companion used a super hero initiative to motivate their fellow missionaries. Their antics were remembered for years after at Missionary Reunions.

After his mission, J.Dell resumed his studies at Weber State College where he met his wife Jacqueline in a dance class. She thought of him as a reserved young returned missionary, but she was soon to find out differently. About a year later, they were married in the Salt Lake Temple on 19 June 1969, and within ten years they were blessed with five children—three girls and two boys. Recently, they celebrated their fifty-second anniversary.

J.Dell served in the Air National Guard for twenty-four years. He trained at the United States Air Force Crash/Rescue School and became a Fire Protection Specialist. During his training, he had the opportunity to teach the gospel to those he trained with, despite a lot of good-natured ribbing among his squad members. As a Utah guard member, he served at the base adjacent to the Salt Lake Airport. His technical training grew in ground safety and civil engineering, and he was selected to be a member of a Prime Beef Unit whose objective was to establish an Air Force runway anywhere they were deployed in the world within seventy-two hours. As a Master Sergeant, his men gave him the nickname of the "Chaplin" because J.Dell would often try his best to keep his men from wandering too far out of line during their deployment.

J.Dell loved to work with his hands, and he trained to be a licensed General Contractor whose specialty was heavy industrial plant and commercial building construction. He also did residential construction as well. During this time, he served as a volunteer fireman for Bountiful City. His father had been a volunteer fireman and a member of the Bountiful Jeep Posse for many years, which set a high standard for him.

In 1990, J.Dell was elected to the Davis County Commission where he had a variety of responsibilities and experiences. He especially liked working with Sid Smith as they designed and executed plans to rebuild the Antelope Island Causeway for much less than the estimated cost. Another of his responsibilities was overseeing the Senior Citizen Centers within Davis County, and he truly grew to love visiting with the senior citizens and problem-solving within the organization.

J.Dell also served in a variety of church positions, and he gained many friendships through his service. He loved working with the youth early in his life and then with the widows and those in need as he grew older. He liked to make people laugh and he was good at it. He also loved serving at the Bountiful Temple as a faithful ordinance worker and supervisor.

Service was very important to him, and he sought opportunities to be involved in charitable pursuits. He served as the Communities that Care Board Chair and Food Pantry Board Chairman for several years. As a member of the South Davis Kiwanis Club, he met several lifelong friends who brought him joy. He was also politically active and did his best to support what he believed in.

J.Dell was known for his vivacious personality and for his love of family and friends. A day didn't go by that he wasn't chatting about life in general with those he valued, as he brought laughter and sass to their conversations. He spent time each day visiting with his older brother Bert as they wrestled the ups and downs of getting older.

His family is full of gratitude for the fine man he was. Under a somewhat critical personality, laid a tender heart which often kept him awake at night as he worried about a particular family member or friend. He truly loved his family and would have done anything for each of them.

He liked the outdoors, but as he grew older, fishing took the place of hunting as it became more difficult for him to hunt birds just for sport. In his early years, he liked to hunt with Jeff Laub, a childhood friend, and with his sons, Jonathan and Benjamin in the wilds of Wyoming and South Dakota.

Strawberry Reservoir held the mysteries of a good fishing trip, and he shared memorable times on the water with family members and friends—especially with his son Benjamin, son-in-law Spencer, grandson Jonathan, and Bruce and George Fisher. His grandchildren and great-grandchildren loved sitting around a campfire as stories of ghosts and goblins and merry songs were shared by their Grandpa.

A viewing will be held on Friday, September 24, at the Lindquist's Bountiful Mortuary, 727 North 400 East, Bountiful, Utah, from 6:00-8:00 P.M. On Saturday morning, September 25, another viewing will be held at the LDS West Bountiful 1st Ward Building, 311 North 800 West, from 9:30-10:30 A.M. A funeral will follow at 11:00 A.M., in the same building, followed by Interment at the Memorial Lakeview Cemetery at 1640 Lakeview Drive, Bountiful, Utah. A luncheon will follow at the church for family and friends.

Our family would like to express our deepest gratitude to the doctors, nurses, respiratory therapists, and others at the Intermountain Health Care Hospital for their dedicated and compassionate service on J.Dell's behalf. As a family, we grew to greatly appreciate their devoted service.

Memories and condolences can be sent to the family at www.lindquist-mortuary.com, and for those who cannot attend the funeral service, it will be live-streamed and available on Lindquist's website by scrolling to the bottom of J. Dell's obituary. Condolences may be shared at www.lindquistmortuary.com
Published by The Salt Lake Tribune from Sep. 23 to Sep. 26, 2021.
To plant trees in memory, please visit the Sympathy Store.
MEMORIAL EVENTS
Sep
24
Viewing
6:00p.m. - 8:00p.m.
Lindquist Mortuary- Bountiful
727 N. 400 E. (Orchard Drive), Bountiful, UT
Sep
25
Viewing
9:30a.m. - 10:30a.m.
LDS West Bountiful Ist Ward Building
311 North 800 West, UT
Sep
25
Funeral
11:00a.m.
LDS West Bountiful Ist Ward Building
311 North 800 West, UT
Funeral services provided by:
Lindquist Mortuary- Bountiful
MAKE A DONATION
MEMORIES & CONDOLENCES
Sponsored by Lindquist Mortuary- Bountiful.
6 Entries
The world has lost a great soul, but those on the other side of the veil are laughing and enjoying JDels great fun loving spirit again. He was a joy to be with. Once in the late 60's we had an impromptu reunion with a bunch of friends at my parents house. As we congregated in the basement he noticed we had a player piano and then his eyes lit up with a great idea. We would sit and play a duet together and pump the piano with our inside feet and leave the outside ones just stationary. We played with great gusto and soon everyone was gathered around absolutely amazed at our hidden talent. They had been pranked so thoroughly that JDel couldn't contain himself and just burst out laughing at all the stunned amazement coming from our friends. They had really been sucked in. That was JDel. We all loved him and will remember him with great fondness.
Warren Barnhill aka 'Buzz' HS class of '63
School
September 27, 2021
Condolences to the family. We all have great memories of J. Dell and a band of high school kids all remembering the wonderful times we had together. Going to school when it did not get in the way of duck hunting, working with J. Dell and Burt at Greenhagens. Scout trips to the Unitas, all our adventures were better when J. Dell was with us, we will miss him.
Richard Ward
Other
September 26, 2021
Condolences to J Dell's family. J Dell was a lot of fun and was a great County Commissioner. I was fortunate to know him as I served as a Salt Lake County Commissioner.
Brent Overson
Friend
September 26, 2021
To this day many in Davis County remember what a fine Davis commissioner he was. So very sorry to hear of his passing.
Lew Elton Jeppson
September 24, 2021
RIP J Dell, I always respected you and enjoyed your company. You made the world a better place. You will be missed.
Alan Rohlfing
September 24, 2021
Dear Holbrook family: What a beautiful obituary. I read it because if he is related to Joseph Holbrook or Sarah Holbrook Tolman, then he is a relative. I am tied to Holbrook, Tolman and Hatch in the Bountiful and Woods Cross area. I just wanted to send my sympathy and let you know that I smiled as I read his adventures through the years. My love and prayers go out to each of his special family. Wish I had known him. Sincerely: Esther Smith Kinder
Esther Kinder
September 24, 2021
Showing 1 - 6 of 6 results