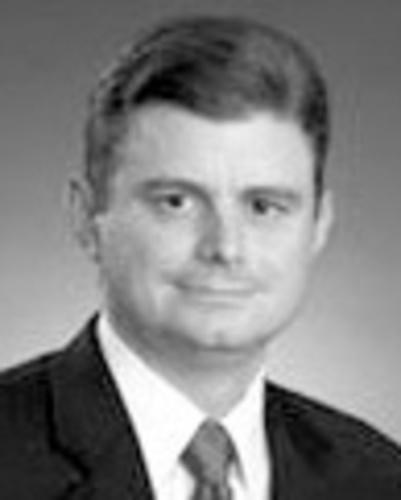 BORN
1975
DIED
2014
January 25, 1975 - July 9, 2014
Jordan Fowles of San Jose, California tragically died in a single vehicle car accident on July 9, 2014.
He leaves behind six children whom he adored, Peter, Leah, Hannah, Matthew, Emmeline and Elizabeth, and their mother Andrea Clavin Fowles. He is also survived by parents Carl Steven and Martha Fellows Fowles, younger siblings and their spouses John and Allison Fowles, Jenna and Corey King, Aaron and Kaori Fowles, Adam and Eve Fowles, and Austin and Paige Fowles, as well as 25 nieces and nephews.
Jordan was born in Mesa, Arizona and grew up primarily in Richardson, Texas. He was studious from an early age, excelling in school and collecting experience and knowledge around the world as he served a two-year LDS mission in Leipzig, Germany, studied at Ricks College in Idaho, Brigham Young University in Utah, the University of Vilnius in Lithuania, and obtained Master's Degrees at both Oxford University in England and the University of Michigan, where he also graduated with his law degree in 2004, and, most recently, as a Pilgrim walking The Way of St. James in Spain. He became a passionate lawyer, practicing as a patent litigator first at Fish & Richardson P.C. in Dallas and Austin, Texas, then at Duane Morris LLP in Houston, Texas. At the time of his death, he was corporate counsel focusing on patent litigation at Google.
Throughout the many stages of his life experiences he became a friend and mentor to many, both professionally and personally. He was a loving and devoted father, thinking constantly of his children. He enthusiastically helped others and loved engaging in social and civic endeavors, including Alumni associations, the J. Reuben Clark Law Society, and serving in his Church. He loved the Gospel of Jesus Christ and provided an example of Christian discipleship to those around him.
Jordan will be buried in the Salt Lake City Cemetery. A Celebration of Life will be held on July 18, 2014 from 6:00 p.m. to 8:00 p.m. at the LDS Church at 700 South 500 East, in Salt Lake City.
To plant trees in memory, please visit our Sympathy Store.
Published by The Salt Lake Tribune from Jul. 16 to Jul. 18, 2014.
MEMORIAL EVENTS
Jul
15
Viewing
9:30a.m.
LDS Church
5700 Comanche Drive, San Jose, CA
Jul
15
Funeral service
11:00a.m.
LDS Church
, CA
MAKE A DONATION
MEMORIES & CONDOLENCES
28 Entries
We will always remember Jordan as one of our wonderful missionaries in the Germany Leipzig Mission some 25 years ago. May his family have peace and wonderful memories. Geschwister Terry and Dixie Johnson
Terry and Dixie johnson
Friend
July 7, 2020
I met Jordan Fowles through a presentation he did for the J. Reuben Clark Law Society in 2012. It left a lasting impression on me and has shaped my focus on the law. I decided today to track him down and follow up on things. I am sad to read of his passing. Prayers from Texas for his children and wife.
Charmaine Wilde
March 31, 2015
I've never met this man or his family, but read the account of his passing from a friend. It moved me and reminded me of the precious gift of life - but even more of the blessed gift of eternal life and eternal families. God bless his family. God bless the angels who remind us that we are never alone. I'm grateful for eternal perspective.
Don L
August 28, 2014
I offer my prayers and condolences for Jordan's family, especially for his children. I did not know him well after all these years, but he was a good friend of my brothers in their childhood and beyond. I treasure our home movies where he frequently appears, showing what a bright and entertaining young man he already was.
Steven Torello
July 20, 2014
I just learned of your loss. Please accept our deepest sympathy and love.
Bryant Norman
July 20, 2014
My prayers and thoughts are with you and your family.Jordan was a great example to everyone. So sorry for your loss.
Tawni Farnsworth
July 18, 2014
Jenna I,m sorry for your loss of your brother please feel free to e-mail me @[email protected] if you ever need to talk or write anytime
Bingham class 95 Ben Schriever
Ben Schriever
July 17, 2014
Carl, So sorry to hear of the tragic accident of your son, Jordan. We send our deepest sympathies. Nora and Glen Olson
July 17, 2014
Carl, Marty, family, we are so sorry to hear of your son's accident. Please know that we are thinking and praying for you at this difficult time. Terry & Vicki Johnson
July 16, 2014
Carl, Marty, and family, we are so sorry to hear of your loss. Please know that we are thinking and praying for you. Terry & Vicki Johnson
July 16, 2014
We are so sorry to hear about your great loss. Greatest sympathy.
Steven and Karla Bench
July 16, 2014
I knew Jordan while we both attended Ricks College. I am so sorry to hear of his death. My thoughts and prayers are with all his family. He was a great man.
Cindi Bradshaw
July 16, 2014
Carl, Marty & family, we are so sorry to hear about your son's tragic accident. May God's blessings and comfort be with you and your family.
--Mark and Paula Bailey Jorgenson
July 16, 2014
On behalf of the Clavin family from Montana, we wish to extend our greatest condolences to the Fowles family in this time of sadness.

Our thoughts and well wishes are with you.

Tim, Kelly and Maureen Clavin
July 15, 2014
Hello Carl & Marty and the Fowles family; We are so sorry to have heard of this accident. Although we didn't know Jordan very well, we knew he was a great father, son, brother, husband and leader. He sure accomplished a great deal in his short time on earth. Our love, prayers and thoughts are with your family.

Bryan & Marlynae Thueson
Bryan Thueson
July 15, 2014
We loved Jordan and appreciated the times we had with him, whether it was coming to dinner in our home or at Singles activities. He was always intelligent, had wonderful insight and wisdom, and especially talked of his love for his children. They were the light of his life! Jordan's immense talent and willingness to help everyone are things that will stand out in our memories. We pray his children will always know of their father's love and concern for them!
Sterling and Judy Hill
July 14, 2014
Mr. and Mrs. Fowles, I am so terribly sorry for the loss of your precious son Jordan and for the tremendous pain that you must be experiencing. May God bless you, comfort you, and give you strength during this painful time. I am grieving too, and the best consolation for me is to know that Jordan is in the presence of our Lord, but as humans, we still struggle with the pain of missing our loved ones.
Much love and prayers from me,
Sylvia McElroy,
Jordan's German teacher for four wonderful years
Sylvia McElroy
July 14, 2014
I am saddened by this tragic loss. My heart goes out to Jordan's family as well as to his band family from J. J. Pearce HS in Richardson, TX. Jordan, we will remember you.
Peter Warshaw
July 14, 2014
We were so shocked and saddened to hear about the loss of Jordan Fowles. He was one of our great missionaries serving in the Germany Leipzig Mission between 1994 and 1997. He served in our office as the financial secretary for several months so we got very well acquainted. He was and is a wonderful and very bright person. We will miss him and send our love, thoughts, and prayers to his family.
Terry and Dixie Johnson, former president and wife of the Germany Leipzig Mission
July 14, 2014
We were so saddened to hear the news of Jordan's passing. Our thoughts and prayers go out to Jordan's family, especially his children.
David and Marta Rock
July 14, 2014
I am shocked and saddened by the loss of my friend Jordan. I grew up he and his great family. The knowledge I have of the plan of salvation allows me the peace to know I will see him again. I pray especially at this time for his children that they may feel peace at this time.
Matthew Grant
July 13, 2014
Please accept our deepest sympathies on the passing of our pilgrim brother Jordan. My wife and I did not meet him on the Camino but the experience creates an incredible bond among all pilgrims, past, present, and future. We will remember him and all of his family in our prayers now and as we walk future caminos.
The Spurgeons Abuelos Aventureros
July 13, 2014
Our deepest thoughts to the children of Jordan Fowles from Ron and Estella Chapman from the Longwood Ward in Houston, Tx.
July 13, 2014
I've known Jordan for over 30 years.I'm not sure if Jordan quite realized the impact he had on peoplpeople's lives. He was one of the most generous people I ever knew. I will truly miss our chats, texts, and our messages....especially sharing stories of each others kids.

Until we meet again......
Allison Smith
July 13, 2014
Jordan you were a wonderful person and will be greatly missed. We love you and will miss your bright smile. Condolences and love to your family.
Aunt Amy & Uncle Larry Langlois
July 13, 2014
We will so miss Jordan and his smile, humor and intelligent comments. We will miss him at our Family Home Evenings. Virginia Swensen
July 13, 2014
I first interacted with Jordan through a page on Facebook, so although we never got to meet, i had a few great discussions with him. He spoke many times of his family and how he was so grateful that he was close to his family. He definitely left a mark as a wonderfully kind and generous soul who was intelligent and loving to all he was in contact with. My deep condolences to all his loved ones and friends that he leaves behind. His testimony of the gospel was so important and he lived it fully. I am so grateful for the plan of salvation. God be with you till we meet again, Jordan.
Tamesin Morrison
July 12, 2014
Offering our deepest condolences during this difficult time.
Darling Fischer Chapel of the Hills
July 13, 2014
Showing 1 - 28 of 28 results