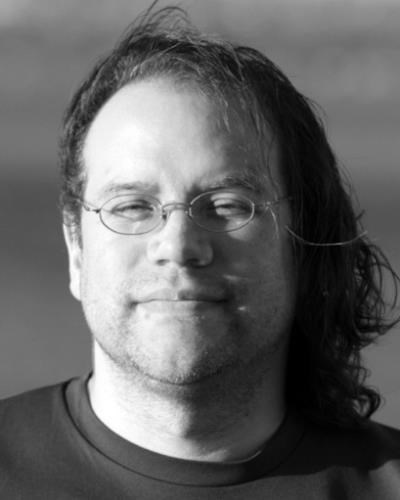 Justin Adam Corwin
1981 ~ 2020
Justin Adam Corwin was born in Arcadia, California on July 30,1981 and spent his early childhood in Orinda, California. At age 9, Justin's family moved to St. Louis, Missouri. and four years later to Cincinnati, Ohio. He graduated from Cincinnati Hills Christian Academy and attended the University of Utah for one year. He was recruited by Adaptive Artificial Intelligence to work in Los Angeles, California. After leaving Adaptive AI, Justin worked in research and design at Disney consumer products designing hardware and software prototypes including Star Wars toys. After leaving Disney, he served as the Manager of Physical Networks at Virgin Hyperloop One. He joined Mattel in 2018 and worked on the development of future toys until his death. Justin died on Oct. 22, 2020 of septic shock following a burst appendix. Fear of COVID-19 contributed to his not receiving timely medical care.
He was preceded in death by his younger sister, Jessica Corwin (1983-2011) and is survived by his brother, Marine Sgt. Aaron Corwin, sister, Andrea Corwin, DPT, mother, Mrs. Catalina King, and father, David Corwin, MD. Justin had a significant impact on the Los Angeles tech community. He was a founder of CRASH Space, a shared workspace where programmers and artists come together to teach and build things. He was a poet and an eclectic artist known as "Outlaw Poet." He was a voracious reader, an excellent writer, teacher and mentor to many. He enjoyed helping others. Justin was defined by his kindness, humility, and gentle nature, along with his sense of humor. He loved watching comedy, creating art, and adored cats despite his allergy to them. His untimely death is a tremendous loss to all who loved him and to the world that will not further benefit from his genius, altruism, and creativity.
Donations in memory of Justin are suggested to your local COVID-19 relief fund.
To plant trees in memory, please visit our Sympathy Store.
Published by The Salt Lake Tribune on Nov. 22, 2020.
MEMORIAL EVENTS
No memorial events are currently scheduled.
To offer your sympathy during this difficult time, you can now have memorial trees planted in a National Forest in memory of your loved one.
MAKE A DONATION
MEMORIES & CONDOLENCES
1 Entry
In memory of Justin, I chose to donate to the Salt Lake Valley COVID-19 Mutual Aid fund. Though I never knew him, his sister is near and dear to me and describes how wonderful a person he was. Hoping this donation helps continue his legacy of kindness. https://www.covid19mutualaidslc.com/donate
Emma
Friend
November 22, 2020
Showing 1 - 1 of 1 results