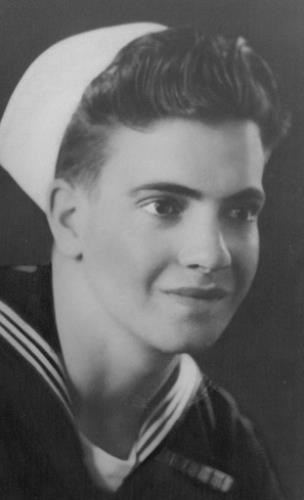 BORN
1927
DIED
2020
Keith R. Marshall
1927-2020
Salt Lake City, Utah-Keith R Marshall was born in Grace, Idaho on January 6, 1927 and he passed away peacefully on April 15, 2020. Keith was the third youngest of twelve children. His father was a Country Dentist and his family moved all around Idaho for his father's career. When Keith was 8 years old, his father passed away in a car accident, and his family moved to Salt Lake City, Utah to be near some of his older siblings.
Keith graduated from West High School of Salt Lake City, and at the age of 17 joined the Navy to serve in World War II. Keith married his sweetheart, Shirley Kellogg, at the age of 19 years old. They had three children together Larry (Mary Lou) Marshall of Oregon, Jerry (Sue) Marshall of both California/Idaho and Carol Williams of Utah. Keith and Shirley enjoyed 57 wonderful years of marriage.
Keith was employed by the US Postal Service for most of his career, and was able to retire at the young age of 58 years old. Keith was a private pilot and also a glider pilot. He was a runner and enjoyed participating in several marathons. Keith enjoyed traveling and spending time in Idaho, the State he was born in, especially soaking at Lava Hot Springs. He was a lifelong fisherman and at the age of 76 years old he caught his first Steelhead; a 32" whopper in Idaho.
Keith also sky dived at the age of 80 years old, by himself, with no tandem jump, in Washington. For the past two years Keith was living at Highland Cove, a Retirement Community. While living here he enjoyed Bingo, movies with root beer floats and area outings.
Keith was preceded in death by his eleven brothers and sisters. Keith has eight grandchildren, eleven great children, and he always remembered his loved ones birthdays, each and every year. He will be remembered as a loving, kind man by family members and friends. Keith was very special to anyone who got to know him!
Please visit www.facebook.com\wasatchlawnmemorial for livestream of Keith Marshall's graveside service at 2:00PM on Tuesday, April 21, 2020. 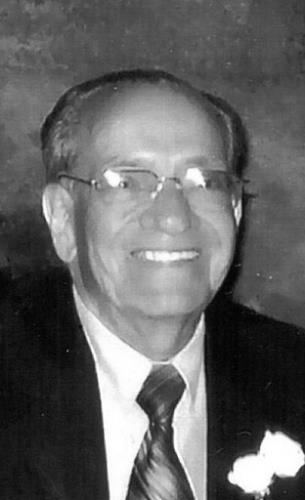 Published by The Salt Lake Tribune on Apr. 21, 2020.
To plant trees in memory, please visit the Sympathy Store.
MEMORIAL EVENTS
Apr
21
Service
2:00p.m.
for livestream please visit www.facebook.com \wasatchlawnmemorial
UT
MAKE A DONATION
MEMORIES & CONDOLENCES
4 Entries
I got to know Keith while he was at Highland Cove with my grandmother Donna. He was so sweet and such a good friend to her. I loved seeing his smiling face when I came to visit daily. We shared many meals together and he loved to tell me about his family. I am thankful for the time getting to know him.
Stacy
Friend
August 10, 2020
Larry, Jerry and Carol, I am so sorry for your loss. I see the wonderful pics on facebook so it's great you were all so close and spent a lot of time with him. hugs, Bette Brindley
Bette Beagles
April 21, 2020
I had the privilege of working for Keith for decades at the USPS. He was a Tour Superintendent and fantastic manager and knew how to recognize his employees in a respectful manner that I modeled the rest of my career after. I was the General Supervisor under Keith and the end of his career and his friendship and direction served me well and earned the respect of all that worked for him. You could set your watch when he would walk into the building for the beginning of his workday. Punctual and professional is how I think of him with a fondness I felt for no other supervisor or manager. The final day of his career we took Keith to the Pine Cone restaurant in Sugarhouse for a celebration. We laughed, swapped work stories and it was great to have seen such a smile on his face that morning. He was a great mentor, friend and boss and I have only love in my heart for this gentleman. My condolences to his family and please know how well he was respected by his co-workers and employees.
Jerry Johnston
April 21, 2020
Keith Marshal was a wonderful wonderful person, he was thoughtful,kind and had charity in his heart for others. Our family loved him so much❤ please accept our deepest sympathies for the lost of your wonderful beloved father he was my mother and father's best friend❤ I know Shirley, Jack,Yonne and Donna and Ken are so excited to see him again!❤❤
DENNIS MADSEN
Friend
April 20, 2020
Showing 1 - 4 of 4 results