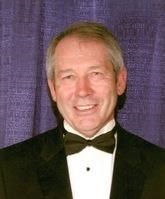 Lance was the oldest of four boys and the family lived in Garfield until 1955 when the town was relocated to Magna. He attended Cyprus High, graduating in 1960, then went on to earn a Bachelors degree from The University of Utah, serve in the Army and Army Reserves and In 1970 he married Glenda Bird settling in Sandy, Ut. Helping to raise three daughters and a son. He became a CPA, earned his MBA and worked for Salt Lake City as finance director under Mayor Ted Wilson.

In 1989 Lance moved to Oakland, Ca. to work for the city of Oakland as finance controller and for the next three decades throughly enjoyed life there. Living aboard his 42' Hershine motor Yacht "Excalibur" in the Jack London Square Marina was a dream come true and he made the most of it. Spending nights at the various bars and restaurants around Jack London, especially Pacific Coast Brewing, he developed a cadre of friends with whom he shared a love of the water, boat life, good food, good wine, good music and of course good beer (he really enjoyed a good IPA). It was during that time he met Sue Rau another kindred spirit. They eventually married living across the estuary in Alameda where they were active members in the Encinal Yacht Club. His boat Excalibur was a fixture at the club hosting many after dinner late night gatherings.

Retiring in 2010 He and Sue continued to live in Alameda until a few years ago when they moved to Rancho Murieta to be closer to family. Still making regular trips to the boat as Lance always loved the outdoors. Wether it was hunting (he was a crack shot), riding motorcycles, skiing, sailing, driving his 64' Corvette or chasing cows at his daughters ranch he always seemed in good spirits. He had a great smile, a big laugh and very happy dancing feet. He made friends easily and was loved by all who knew him.

Lance is survived by his loving wife Sue (to whom we are eternally grateful for taking such good care of him). His children Charlotte (Steve) Timmons , Michelle (Randy) Henderson, Lance Jr. (Emery), Elizabeth (Mike) Vanderhoof, Scott (Christine) Rau, Holly Rau and numerous grandchildren and great grandchildren.

A celebration of life is being held at Encinal Yacht Club the afternoon of November 13. 1-4 PM

and a yet to be determined celebration in Salt Lake City.
Published by The Salt Lake Tribune from Sep. 22 to Sep. 26, 2021.
To plant trees in memory, please visit the Sympathy Store.
MEMORIAL EVENTS
Nov
13
Celebration of Life
1:00p.m. - 4:00p.m.
Encinal Yacht Club
UT
MAKE A DONATION
MEMORIES & CONDOLENCES
2 Entries
Warm wishes to Lance´s family. He was always very kind to me when we worked together in SLC. It was fun to have Magna roots in common. It sounds like he had a very enjoyable life in California. May his family enjoy good memories of a very kind and competent person.
Cindy Gust-Jenson
Work
September 24, 2021
The thing I remember most about Lance was his smile. He didn´t just smile, he beamed. His smile gave a hint of the kind and generous personality inside.
Roberta Allan McCloskey (cousin)
Family
September 24, 2021
Showing 1 - 2 of 2 results