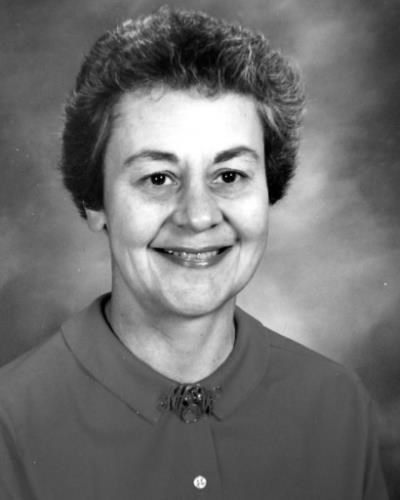 BORN
1938
DIED
2019
Marjorie Jean Williamson Coombs
1938 ~ 2019
Marjorie Jean Williamson Coombs, age 80, of Salt Lake City, died of natural causes incident to age, in an assisted living facility, on Thursday, March 28, 2019. Margie was born on July 3, 1938, to Jack Edwin and Harriet Shellenberger Williamson in St. Louis, Missouri. After her family moved to Kansas, Margie graduated from Hutchinson High School, in 1956, and entered McMurray College (Jacksonville, IL) that fall. A year later she transferred to the University of Kansas where she later met Frank Alan Coombs since her sorority, Delta Delta Delta, was close to his fraternity, Delta Upsilon, where they could walk to class together. She graduated from K.U. with a B.S. in Education in June 1960, taught in the Junior High School in Hutchinson the following year, and, after marrying Alan in July 1961, taught for two years at Azalea Gardens Middle School in Norfolk, Virginia.
Following Alan's service in the Navy, they moved to Urbana, Illinois, where Margie gave birth to their daughter, Carol Lynne Coombs, and subsequently taught for several years at the University (of Illinois) High School. In March 1967, their son, James Alan Coombs, was born in Laramie, Wyoming. When Alan completed his graduate studies, they moved to Salt Lake City, Utah, where Margie completed her M.A. in English at the University of Utah and then taught English at Bryant Intermediate for ten years. The family spent the 1977-78 school year in Hilo, Hawaii, where Alan was on an exchange professorship, and Margie enjoyed an unusual experience on the Big Island's substitute rolls. In 1988, she joined the faculty at Rowland Hall/St. Mark's School as the first Middle School Principal. Over the next fifteen years she served as President of the Utah Council of Teachers of English (1989-90) and was named Utah English/Language Arts Teacher of the Year (1992) as well as receiving the Peggy Roland Award for Outstanding Service to Middle Level Education in Utah (2003) from the Utah Middle Level Association. She was also active in the First Unitarian Church, serving a term on the Board of Trustees, as well as serving on the Board at the Friendship Manor senior living facility including several years as Board President.
Following her retirement in 2003, she and Alan traveled extensively, visiting more than sixty countries on six continents and every state in the United States. She is preceded in death by her parents and one brother, Jim, and is succeeded by her husband, another brother, John, her sister-in-law, Gloria Williamson, and her children, Carol L. Schuster (husband Brian, grandchildren David [Elizabeth], Daniel, and Emily Kaplan, step-grand-children Shoshana Wilks [Cody], and Galya and Raphi Schuster), and James A. Coombs (grandchildren Michelle and James). The family wishes to express special thanks to the staff at Osmond Senior Living Memory Care, ProCare Hospice, and Comfort WoRx Hospice for their loving treatment of Margie. A celebration of her amazing life will be held at the First Unitarian Church on Saturday, June 15, 2019, at 4:00 p.m. In lieu of flowers, donations to the church's Endowment Fund, the Alzheimer's Association, Rowland Hall, or the donor's favorite charity would be appreciated.
Published by The Salt Lake Tribune from Apr. 6 to Apr. 7, 2019.
To plant trees in memory, please visit the Sympathy Store.
MEMORIAL EVENTS
Jun
15
Celebration of Life
4:00p.m.
First Unitarian Church
UT
MAKE A DONATION
Please consider a donation as requested by the family.
MEMORIES & CONDOLENCES
5 Entries
Missing our family anchor already. She always tended to family members with love and care, never hesitating to observe a birthday or special event. Rest in peace, Aunt Marjie.
Jere Downs
April 12, 2019
I am so sorry to hear about your loss. May you gain comfort from your beautiful memories while you pray to God for the strength to endure. Please accept my sincere condolences.
Pat
April 9, 2019
What a lovely remembrance for Margie. She was one of my best friends in Hutchinson High School., so proud to know her.
Kathleen Woods
April 6, 2019
I'm so sorry for the passing away of "Mrs. Coombs". She was my math teacher at Bryant Jr. High when I was in 7th grade. She was very patient, and I was impressed by her soft spokenness. May God hold your family in the palm of His hand.
Wendi (Truswell) Brierley
April 6, 2019
I enjoyed Mrs. Coombs' class very much in 8th grade. She made a positive impact!
Melissa
April 5, 2019
Showing 1 - 5 of 5 results