BORN
1957
DIED
2015
ABOUT
Hillcrest High School
FUNERAL HOME
Cannon Mortuary
2460 E. Bengal Blvd. (7600 S.)
Salt Lake City, UT
Paul Douglas Coleman passed away on May 6, 2015. He was born to Myrlen and Darlene Coleman on September 5, 1957 in Salt Lake City.
He graduated from Hillcrest High School in 1975. Paul loved boating, fishing, golfing and camping. He was a diehard Nascar Fan and always looked forward to spending time with his children and grandchildren, who he adored. He also had a special love for his dogs.
Paul is survived by his wife of 36 years, Gail, his mother Darlene, his children Lynsie, Dustin, Colton, his five grandchildren Addison, Makena, Conley, Madelynn, and Chesney, and his sisters Laurie (Mike) Pless and Merlyn Buchanan. He was also loved by his many nieces and nephews. He was preceded in death by his father Myrlen, sister Kaylyn and brother-in-law, Dany Buchanan.
An open house Celebration of Paul's Life will be held Saturday May 9, 2015 from 2:00 until 5:00 p.m. Jefferson Place Clubhouse. 683 West Jefferson Cove, Sandy Utah. Paul will be greatly missed! Online condolences www.cannonmortuary.com 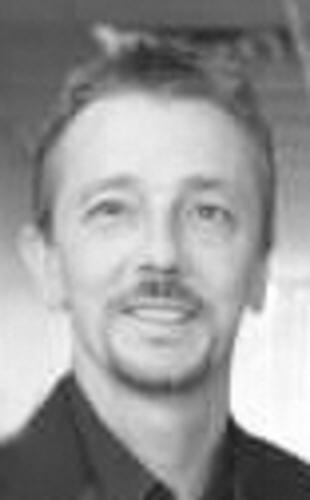 Published by The Salt Lake Tribune from May 7 to May 9, 2015.
To plant trees in memory, please visit the Sympathy Store.
MEMORIAL EVENTS
May
9
Celebration of Life
2:00p.m. - 5:00p.m.
Jefferson Place Clubhouse
683 West Jefferson Cove, Sandy, UT
Funeral services provided by:
Cannon Mortuary
MAKE A DONATION
MEMORIES & CONDOLENCES
Sponsored by Cannon Mortuary.
16 Entries
Paul will be greatly missed. Sorry for your loss Coleman family.
Andrea Terry
May 12, 2015
Dustin,
I have been out of town this week and didn't hear of your Dad's passing until I got to work this morning. I am so saddened. My boys will be sad too when I return home from work tonight and tell them that "nice guy" that would take the time to stop and joke or cheer them as they played his WII, has gone to heaven. No matter how busy he was, he would always stop and talk and make my boys feel noticed. Please give your Mom a hug for me and know that your family is in my thoughts and prayers.
Margret Zitting
May 12, 2015
As the days and weeks pass, and as you return to life's routine, may you continue to feel comforted by the love and support of family and friends.
Barbara Bodell
May 9, 2015
RIP Paul. God bless your family & everyone affected. We love your Mom & sisters dearly!

We are so saddened to hear about the passing of Paul, he was an amazing guy and we all loved him dearly. Always there to help anyone in need, he had such a great personality and a dynamite smile. We as a family truly understand what you are going through, and each and everyone of you are in our hearts. We wish you comfort during this most difficult time. May God bless all of you.

Love Sheila and family
May 8, 2015
To Gail, Lynsie, Dustin, and Colton,
My heart is breaking for you right now! He was such a great husband, father and grandfather! It was always so obvious how much he loved all of you! He was also a wonderful uncle to me! I have so many great memories of him camping, fishing and not to mention the millions of family parties!! He will be so missed! I love you all!!
jacey
May 7, 2015
Paul was a great guy and I am sorry to hear of his passing blessings to all his family
Judy Tueller Okada
May 7, 2015
"Blessed indeed is the man who hears many gentle voices call him father."
Paul was my father for seven years through marriage. He was a soft spoken man who made me feel at ease whenever I was around him. He was always willing to help me with my car or with home repairs and never expected anything in return.
I will never forget the time spent with him fishing, our trip to Maui and watching football in his home, that of course only if NASCAR wasn't on at the same time. He loved his racing!
Paul is one of a few men who has had a positive impact in my life. You are a great grandfather and you took my son into your home as one of your own. For that alone I am eternally grateful!
My condolences to Gail, Dustin, Colton and especially Lynsie. I wish you comfort knowing your father is in Heaven fishing with his dad once again.
Derrick
May 7, 2015
So sad to hear of Paul's passing. My sympathy to his family.
Marrdy Baxter - Goehring
May 7, 2015
What an amazing brother and friend. I'm so sorry that we had to say goodbye so soon, but we know that you are fishing with Dad and Dany and all your other friends and loved ones. Love you so very much. Merlyn and family.
May 7, 2015
I have more memories then there is space to type but one of my favorite memories is the time we held Merlyn down and cut her finger nails - she was not a happy camper. You were the best brother a girl could as for. You looked out for Merlyn and I when we were growing up making sure the guys treated us with respect and I would say helping us stay out of trouble but if my memory is correct you were the source of the trouble - nothing bad just fun. Your memory will live forever in my heart. Mom, Merlyn and I will continue to do the things your loved; fishing, camping, family gatherings, laughing and most of all making sure the people around us know they are loved and respected now matter the circumstances life throws their way and most important we will love unconditional just like you did.

I love you Paul!!

My heart has an empty spot today that will never heal but I will move forwarding knowing you loved me and I loved you unconditional.

Your sister Laurie
May 7, 2015
Gail and family, so sorry to hear of your loss. You are in my thoughts and prayers.
David and Gaylene Roderick
May 7, 2015
He was a mechanical genius and taught me so much. I will truly miss my friend and mentor. My love and prayers go to the family at this time.
George Ott
May 7, 2015
Darlene, Gail, Lynsie, Dustin, Colton, Laura/Mike and Merlyn... We are so sorry to hear of the passing of your dear son, husband, father and brother. Paul was an amazing man with so much unconditional love for everyone. He has always been the best cousin anyone could ever ask for. We love him so much, and we love you all and pray for the Lord's love, comfort and peace to be with each of you at this difficult time. Love, Craig and Leslie
Craig & Leslie Marsing
May 7, 2015
In loving memory of a wonderful person. We will love you and miss you always.