ABOUT
Hillcrest High School
Penny Lee Peterson Mismash
1960 ~ 2011
Penny passed away on September 19, 2011. She was born on May 13, 1960 to Don and Norrine Peterson. She was a member of The Church of Jesus Christ of Latter-day Saints. Penny graduated from Hillcrest High School in 1978. She was married to Robert Madsen for 15 years, later divorced. Married Dan Call, later divorced, and then married Craig Mismash, later divorced.
Penny worked for 25 years at Litton Systems where she was held in high regard with all of those she worked with.
Penny had a big heart and loved everyone. Even though Penny struggled with MS her love of life and sense of humor always shined through. She loved her dogs and driving fast.
Penny is survived by parents Don (Barbara) Peterson and Norrine Johnson. Siblings: Lori (John) Durfee, Don (Kathy) Peterson, Dave (Pati) Peterson, and Wes (Susy) Peterson, step children, grandchildren and many nieces and nephews.
Funeral services will be held on Saturday, September 24, 2011 at 11:00 a.m. at Memorial Mortuary, 5850 South 900 East in Murray. A viewing will be held on Friday, September 23, 2011 from 6 to 8 p.m. at Memorial Mortuary and one hour prior to services on Saturday. Interment will follow at Holladay Memorial Park.
Condolences may be sent to the family online at www.legacy.com.

Published by The Salt Lake Tribune on Sep. 22, 2011.
To plant trees in memory, please visit the Sympathy Store.
MEMORIAL EVENTS
To offer your sympathy during this difficult time, you can now have memorial trees planted in a National Forest in memory of your loved one.
MAKE A DONATION
MEMORIES & CONDOLENCES
20 Entries
I miss you penny hope n prayers to all her family
Dave Keel
October 10, 2011 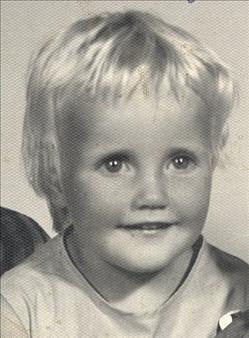 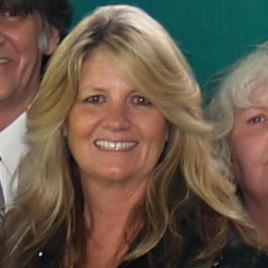 So sorry to hear of your loss. Penny was a good friend to me. She was my first friend I met at Litton in 1984.We had many fun times together with her and Robert picnicing in the mountains and we both started building our homes at the same time. Her and Robert would come over and check on the progress of our home and leave us little messages in the snow and Bill(My ex)and I would do the same to them. She was so sweet to my daughter Jamie. Jamie loved her.She had a heart of gold thats for sure. Larry and I were just thinking of her earlier this week. We will all miss her greatly.
Linda and Larry, Mccool and Larson
September 22, 2011
Martha Moea'i
September 22, 2011
I'm so sorry to hear of your loss. Penny will be greatly missed. I have fond memories of our families growing up together. My prayers are with you. I'm trying to get off work on Saturday so I can be there. Love to all of you. Jeanette Case Fryer
September 22, 2011
Grandma i lite this candle for u and so i can always see ur big smile that i will never forget i love u and wil always miss u
Sarah Ensor
September 22, 2011
We are sorry to hear about your families lose. You are in our prayers.