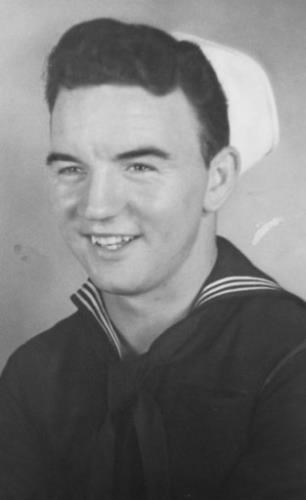 BORN
1926
DIED
2017
FUNERAL HOME
McDougal Funeral Home
4330 South Redwood Road
Taylorsville, UT
Robert A. Hayward
1926 ~ 2017
Robert Allen Hayward, devoted husband, father and beloved grandfather, passed away August 5, 2017, peacefully in his home in West Valley City, Utah. He was born November 18, 1926 in Salt Lake City to Daniel Webster and Hortense Floyd Hayward. He grew up in Salt Lake City.
Bob joined the Navy in November, 1944, to serve in World War II following in his brother Pete's footsteps. He was a fireman 1st class on the USS Casablanca, and was always so proud to have served his country.
Upon returning home from the war and met his eternal sweetheart, Marian Shober. They were married August 18, 1948. He was an active member of The Church of Jesus Christ of Latter-day Saints and was sealed to Marian in the Salt Lake City temple on April 15, 1992. They held hands for 69 years and he thought she was the most beautiful woman he had ever met right up to the day he passed away. His family was his life. He shared his love of hunting and fishing with his family while teasing them incessantly. To many of them, he was more their father than their grandfather. He made holidays and every day they spent with him special.
Bob served on the Utah Highway Patrol for 33 years, retiring as a Captain. He loved his job and the people he worked with. To meet him was to love him. Bob loved to compete with officers in the State of Utah in shooting, holding the title as Utah's best marksman for many years, winning hundreds of trophies and prizes for his accuracy. He taught officers throughout the state gun safety and accuracy.
After retirement, he and Marian had the opportunity to travel and enjoy each other for many years. His favorite past time was hunting, fishing and golfing with family and friends. His grandsons learned many life lessons while sitting in the duck blind with gramps or fishing at the Gorge; he was always someone they could talk to and know he was listening. His brother Pete was his best friend and they did almost everything together.
Bob is survived by his three daughters, Susan Hayward, Sandra Hayward, and Tamra Popelmayer (David), all of West Valley, Utah; 8 grandchildren; 12 great-grandchildren, 2 great-great grandchildren and his youngest sister Bonnie Snodgrass. Bonnie visited her brother every week over the last few months, which he loved. Our special thanks to her. He is preceded in death by his parents, Daniel and Hortense Hayward; sisters Florence "Tootie" Hakes and Shirley Sheridan; brother Norman Daniel "Pete" Hayward; and grandson, Brandon Fabert.
Funeral services will be held on Thursday, August 10th, 11:00 am, at McDougal Funeral Home, 4330 South Redwood Road, Taylorsville, UT. Friends and family are invited to remember and celebrate his life at a viewing from 6-8 pm on August 9th and 10-10:45 am on August 10th also at McDougal Funeral Home. Interment at Valley View Memorial Park. 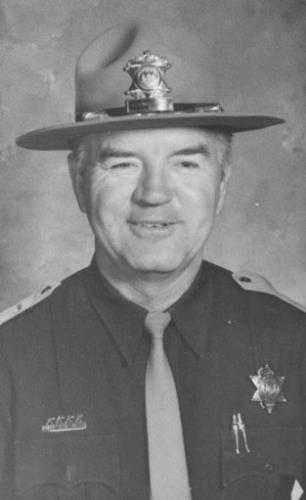 Published by The Salt Lake Tribune from Aug. 8 to Aug. 9, 2017.
To plant trees in memory, please visit the Sympathy Store.
MEMORIAL EVENTS
Aug
9
Viewing
6:00p.m. - 8:00p.m.
McDougal Funeral Home
UT
Aug
10
Viewing
10:00a.m. - 10:45a.m.
McDougal Funeral Home
4330 South Redwood Road, Taylorsville, UT
Aug
10
Funeral service
11:00a.m.
McDougal Funeral Home
4330 South Redwood Road, Taylorsville, UT
Funeral services provided by:
McDougal Funeral Home
MAKE A DONATION
MEMORIES & CONDOLENCES
Sponsored by McDougal Funeral Home.
10 Entries
Sir, I don't know you or your family. I'm not related to you or your country but I'm glad thinking that we both have served our countries through our military. I have been reading and have watched YouTube and have been lucky enough to hear you and it warms my heart understanding how sharp you were! In a time where we are happy to celebrate sportsman, actors etc, I would like to say "Thank-You" for being diligent, intelligent, caring & smart and not accepting the Status Quo that fateful night. We Salute You!
James McGhee
March 28, 2020
Bob was the cop who caught Ted Bundy !!!! He's A REALLY l Hero!!!!
Brian Smuggler Hatchet Cope
May 22, 2019
So sorry to hear of the world's loss. Bob was a good friend and UHP Officer of which I had the pleasure of knowing and working with for 32 years. Our years on the patrol were some of the best years of my life. My condolences to the family for the loss of a great man. ALWAYS HONORABLE and NEVER FORGOTTEN
George Dawson
August 8, 2017
It has been many years sine we lived by the Hayward family in West Valley but I still have many fond memories of that time. Bob was such a good man and so fun to be around. May the Lord's blessings be with you and your family at this time, Marian. Love, Monty Alvord
August 8, 2017
I was lucky enough to live next door to this wonderful man and his loving wife for the past 15 years. He always greeted you with a big smile and a "Hi Hunny". He will be greatly missed. My thoughts and prayers go out to you Marian and your family at this time.
Love always.

Janet Bentley, West Valley City,Ut
August 8, 2017
Bob was truly one of a kind! I will always be grateful for the many things he taught me about life! Such a good and decent man!
Larry Taylor
August 8, 2017
Sorry for your loss may you draw comfort from Hosea 13:14. L Ohio
August 8, 2017
Love and prayers go to Marian and all his beloved family.
Catherine Mc Cann
August 8, 2017
My favorite memory was one year I made a video of my grandpa (pete) and uncle bob for christmas and I brought the video as a gift over to him. He loved it and told me stories of every picture I used in the video. Uncle Bob will be forever in my heart.
Jennifer Foster
August 7, 2017
My heart breaks for all of you! Hope you find peace in all the memories you have shared through the years. Praying for the family.