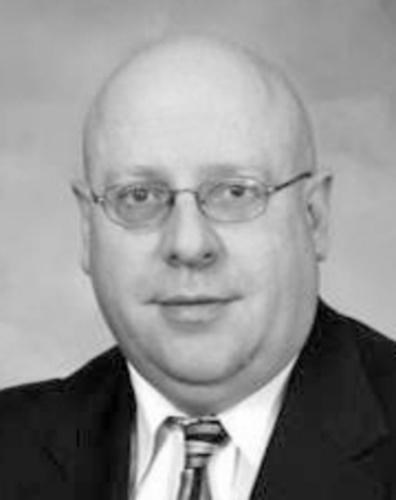 BORN
1954
DIED
2015
ABOUT
Hillcrest High School
Robert Hans Vunder
9/20/1954 ~ 8/18/2015
Robert Hans Vunder was born in Midvale, Utah to Hans Edgar Vunder and Bertha Ann Puchar on September 20, 1954. He graduated from Hillcrest High School in 1973. That fall he attended Utah State.
Robert began his postal career in 1976 as a distribution clerk in Salt Lake City, UT. His leadership skills were quickly recognized as he advanced within the ranks of management. He held many Postmaster positions in Utah prior to becoming a Postal Executive in Santa Anna, CA in 1987 as the Field Director Marketing & Communications. He later relocated to Postal Headquarters in Washington, DC in 1989, where he was promoted to an Executive Special Assignment in Payment Technologies.
In 1993, Robert returned home to Utah as the Postmaster of Sandy, UT, and while working, he completed a MBA degree in business at the University of Utah. In 1997, he accepted an assignment to Postmaster, Provo Utah. 2002 he was selected as the District Manager of Marketing for the Salt Lake City District.
In each of the positions listed above Robert always was instrumental in the success of the operational group he led. Robert will always be remembered for his quick wit and sense of humor. He made everyone laugh. Robert supported and developed his staff to succeed in their careers. He enjoyed reading, traveling, fine dining, cars, music, and meditation.
Robert was a very devoted husband to his love of his life and wife of 34 years Cindy Wood. He was a proud father of three children, Shaun (Kristen Sweet), Christine (Frank Moody), and Richard. He had four wonderful grandchildren, Magnus, Avery, Logan, and Bristol. He was very proud of all of their accomplishments. Robert was known as an amazing friend. Whether it was going out for coffee, making time to have lunch, helping friends when they needed a ride, or just having a friend to talk to.
There will be a celebration of Robert's life. Anyone that knew Robert is welcome to attend. It will be held at his home in Rockport Estates, where he enjoyed spending the last two months of his life. The date has yet to be announced.
The family would like to thank the following: The Summit County first responders, The Life Flight crew, and all the dedicated doctors, nurses, and support staff at the University of Utah hospital.
Online condolences may be shared at www.jenkins-soffe.com.
Published by The Salt Lake Tribune on Aug. 23, 2015.
To plant trees in memory, please visit the Sympathy Store.
MEMORIAL EVENTS
To offer your sympathy during this difficult time, you can now have memorial trees planted in a National Forest in memory of your loved one.
MAKE A DONATION
MEMORIES & CONDOLENCES
12 Entries
Cindy, so sorry and shocked about your loss.
nancy and Ralph stanislaw
September 20, 2015
Robert was a great help and mentor to me. He helped in my Postal career and advancements. He will be missed. Condolences to Cindy the rest of the family.
Steve Oblad
August 27, 2015
Robert was a great leader of people and a great friend.
He saved my life when I was in need.
Shirl Lloyd
August 25, 2015
Cindy,
We are so sorry for the loss of your husband! Our thoughts are with you and your family.
Jesse and Lisa Fox
August 25, 2015
Worked as a supervisor for Robert in Provo. I enjoyed working for him and will miss his presence at the Post Office.
August 25, 2015
Robert will be missed immensely. Our coffee meetings were something special, and I will miss those times and I will always reminisce on his wonderful life and our family times in Park city. Bon voyage!
August 25, 2015
My condolences to the family.may Almighty God give you comfort and peace.Psalms83:18
August 25, 2015
Robert was a great motivator, leader and mentor for me. Even more important, he was a good friend.
Robert Edstedt
August 24, 2015
Robert had a kind heart and good sole. He would always call me his favorite Postmaster. He will be missed. My prayers and thoughts are with his family.
Ronda Donica
August 24, 2015
Robert was always supportive of me and my Postal career. He helped me as an individual as well. He was always suggesting books to read that he thought would be personally helpful or inspirational, no matter what was going on in my life. He was so sympathetic when I lost my sweet dog of 15 years and allowed me to grieve on my terms.
Robert was a genuine man and he will be missed by all who knew him. My condolences to his family.
Aimee Williams
August 24, 2015
Robert had a calm patience about him that I envied; I called him Grasshopper and we joked about how I could never attain his Zen-like aura. His smile was always warm and sincere, a hug was genuine and caring, and his laughter was infectious. While I am deeply saddened by his passing, I am also grateful for every moment that I had the good fortune to share with Robert and his family.
Tracy Walker
August 24, 2015
A great mentor and friend, who provided lots of laughs and counsel. He will be missed. My prayers & thoughts are with his family.
Daniel Jones
August 23, 2015
Showing 1 - 12 of 12 results