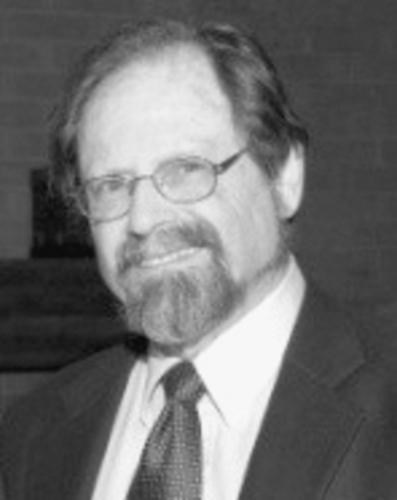 BORN
1943
DIED
2015
FUNERAL HOME
Evans & Early Mortuary
574 East 100 South
Salt Lake City, UT
1943 ~ 2015
Professor Stephen Eugene Reynolds was born on October 28, 1943 in Noblesville Indiana, and passed away April 10, 2015 in Salt Lake City Utah. He was preceded in death by parents Jack Eugene Reynolds, and Lois Daubenspeck Reynolds. He attended and graduated Fairborn High School, Ohio State University, and the University of Wisconsin Madison. He held a PhD in Economics, and taught at the University of Utah for 47 years. He is survived by wife Ann Williams Reynolds, daughters Stephanie Reynolds Swint and Elizabeth Reynolds, and grand-daughter Zoe Putnam. Stephen married Ann on June 19, 1965, and is dearly beloved. There was little that Stephen loved more than teaching. However, if there was anything, it was his family. Known and admired throughout the world, Stephen impacted thousands of lives both through his teaching, and his stoic goodness. He was a brilliant man, and at the end of the day he was a doting husband, father, and grandfather. Through his teaching, he taught in Europe, Central America and Asia. He came to love Asia and Thailand in particular. He loved to travel-both by plane to foreign countries and by road trip across the United States. He was an excellent cook, and loved to sit down at the end of the day with a good murder mystery, and his family. He will be missed.
Services will be held at First Presbyterian Church at South Temple and C Street, on Friday April 17th, at 11:00 AM. There will be a gathering following the services in the fellowship hall at the church. In lieu of flowers, donations can be made to the following:
> The College of Social and Behavioral Science "Stephen Reynolds Giving Circles." Funds collected will be used to support undergraduate/graduate students in Economics, and the Master of International Affairs and Global Enterprise (MIAGE) program Steve directed. You can donate online to the CSBS general development fund through https://umarket.utah.edu/ugive/index.php and indicate the purpose of your gift (e.g. "Steve Reynolds Giving Circles - Economics Graduate Students") under "Special Instructions." Gifts designated for students in graduate programs will be matched by the Graduate School/CSBS.
> The Educational fund for Zoe Putnam, Stephen Reynolds Grand-daughter. You can make a gift at https://gift.uesp.org/5M8GXA.
Published by The Salt Lake Tribune from Apr. 15 to Apr. 16, 2015.
To plant trees in memory, please visit the Sympathy Store.
MEMORIAL EVENTS
Apr
17
Memorial Gathering
fellowship hall at the church
UT
Apr
17
Service
11:00a.m.
First Presbyterian Church
South Temple and C Street, UT
Funeral services provided by:
Evans & Early Mortuary
MAKE A DONATION
MEMORIES & CONDOLENCES
Sponsored by Evans & Early Mortuary.
17 Entries
I am sad to have just learned of Professor Reynolds passing. He was a great teacher. I loved learning from him. His classes are the reason I became an economist. My condolences to his family.
Jenny Flatberg
November 25, 2015
October, 25th, 2015

I just read here at this place of the death of Professor Stephen E.Reynolds. I had him as a teacher and mentor of my dissertation, while studying at the U of U some time ago.He and his wife came to visit my wife and me in Germany twice, if I remember correctly, but unfortunately we lost track of each other. Some people you lose and really don`t know why, and it remains unsatisfactory. Nevertheless, we were quite happy to have been associated with him, a fellow to trust and to us have wanted to spend more time with together.
Hub Mehnert,Ph.D., Germany.
October 23, 2015
Dear Ann, Elizabeth + Stephanie,

We were so saddened to hear of Steve's passing. We fondly remember going out for breakfast with you after church services. The years are flying by so quickly. We treasure the moment when Steve hugged Kristin when she graduated with her degree in Economics at the U of Utah.

Sincerely,
Bob + Lee White + Family
May 9, 2015
Steve was my dissertation chair and my mentor.Thanks to his efforts I was able to finish my doctoral degree.Many times when I have needed help he was always willing to write a letter or help with a review.I will miss him.He was a good man.
Rick Grabowski, Ph.D.(1979)
May 3, 2015
He was my dissertation chair and in some ways like a father to me. He really set me on my career path and believed in my when no one else did. I dedicated my last book to him but he passed before I could mail him the copy. He will be greatly missed and never forgotten.
Sara Hsu
April 23, 2015
We were neighbors for many years and enjoyed a wonderful,warm friendship. All our best to Ann and the girls. Pete and Robyn Nicholas.
April 17, 2015
I loved working with Steve for 15 years while he was the Associate Dean of the College of Social and Behavioral Science. He taught me many things and I feel very grateful that I had to opportunity to associate with him. If they gave out Olympic medals for the number of students taught, Steve would surely get the gold. He was an amazing person in many ways and will be greatly missed. Marilyn Cox
April 16, 2015
Steve was such a great dad and a great employer. As a teenage babysitter, I was delighted that I got a raise every time Steve got a raise. He was always thoughtful. He would pick me up in that big, blue beast of a car and open the door for me every time. I loved being at the Reynolds' home - 2 sweet girls, great food, different books and magazines than my parents had, and always great conversations that shaped my young life. My love to the family!
Christine Pittam
April 16, 2015
I was saddened at the passing of Steve, Zoe worshiped the ground he walked on. I very thankful that he and Ann were willing to take Zoe and raise her. You were such an inspiration to her. Love to Ann, Liz, Stephanie and my sweet little Zoe.
Debrah Putnam
April 16, 2015
Steve was Asst. Dean of the College of Social Sciences when I ran the Hinckley Institute of Politics. He was superb to work with. His knowledge of the university on more than one occasion was amazing. But most of all, Steve was a friend with whom I could relax, enjoy a story or an observance and laugh. His dry with was spontaneous and fun. Please accept my sincere sympathy and best wishes.
Ted Wilson
April 16, 2015
Ina White
April 16, 2015
Ina Whit
April 16, 2015
Steve was an inspiration to many and will be sorely missed. Ann, Liz, Stephanie, and Zoe, our condolences and love to all of you.
Ben Zaharias
April 15, 2015
We are saddened by this news. What a welcome sight to see him, Ann, the girls and then Zoe come through our doors at Red Banjo Pizza. It was obvious that his girls gave him the most delight. What a charming, calm and delightful man. He will be missed.
Jane, Scott and Mary Lou Toly
April 15, 2015
How blessed I feel to have worked with Steve for over 10 years. His ethical behavior with students, staff and faculty is incomparable. I can't tell you how many times I witnessed him going to bat for someone who needed him even when he knew he would ruffle some feathers. He particularly loved his Thai students as if they were his own kids. He was very proud of Zoey and couldn't help but brag about her when he got a chance. His love and admiration for Ann was always present. His life definitely made a difference in this world.
Thank you for sharing him with us!

Aleta Tew
Aleta Tew
April 15, 2015
Stephen was a brilliant professor. I took every economics class of his I could find during my undergraduate years. As a lawyer, I had the opportunity to employ Steve as an expert witness. His testimony was always unassailable. Most importantly, he was a kind and decent person with a delightful sense of humor. He will be missed.
Rick MacDougall
April 15, 2015
My love and heartfelt sympathy to Ann and and family. May all the happy memories of Stephen sustain you through this difficult transition.
April 14, 2015
Showing 1 - 17 of 17 results