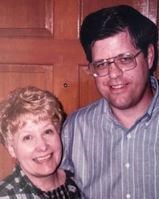 BORN
1950
DIED
2021
FUNERAL HOME
Russon Brothers Mortuary - Bountiful
295 N. Main St.
Bountiful, UT
It is with great sadness that the family of Steve Holtman announce his passing on September 20, 2021, due to complications from Parkinson's Disease.

Steve is survived by his wife of almost 30 years, Carol. His Brother Rick, sister-in-law Priscilla and 2 nieces. His stepchildren; Julie Cotton, Walter Almgren, Alyssa Windley, and Robert Almgren wife Kaye. He is also survived by 10 grandchildren and 5 great-grandchildren. He was preceded in death by his father Scott, mother Betty, his sister Cathy, and his brother Dyke.

Per his wishes, Steve will be cremated, where he can remain connected with his lifetime companion. A private memorial service for the immediate family will be held at on Saturday, September 25, 2021. In lieu of flowers, contributions may be made to The Michael J. Fox Foundation for Parkinson's Research.