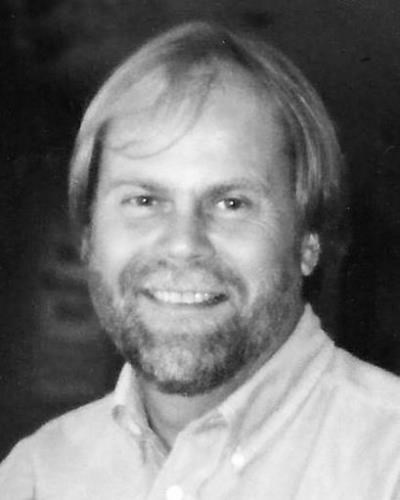 BORN
1958
DIED
2018
Steven Ostmark
1958 ~ 2018
Salt Lake City, UT-Steven Ostmark, born March 17, 1958, left us far too soon due to complications from pneumonia on March 26, 2018. Steven was a wonderful husband, son, father, grandfather, brother, uncle, coworker and friend to so many. Steven is survived by his wife Tammy; his children Zachary (Stephanie) and Milisa (Suzi); his grandchildren Brock, Callie, Jaxon and Oliver; his brothers Harley (Debbie), Glenn (Pamella), Troy (Tammy); and numerous cousins, nieces and nephews. He is preceded in death by his parents Bente and Kjell Ostmark; and his brother Jeff Ostmark. Steven was born on St. Patrick's Day and he loved it and hated it at the same time. Too much green and too much corned beef and cabbage over the years! His father was from Norway and his mother was from Denmark so he nick named himself "Sven!" He loved wearing Viking horns proudly showing off his heritage. He was a loyal Chicago Bears fan sticking with the team through good times and bad. When he met his wife, Tammy, he found his soulmate. They are two peas in a pod and the perfect match. He loved spending time with his children and grandchildren as they lived close by. They spent many fun times with him in his second office "the garage" or barbecuing in his backyard, as Steven was a master with the barbecue! Steven worked as a Configuration Management/Analyst for Northrop Grumman for 35 years. His passion was for Utah Special Olympics and the athletes loved seeing him every year at the Summer Games. A memorial service will be held at Southeast Christian Church, 1881 E Vine Street, Salt Lake City, Utah 84121 on Tuesday, April 3, 2018 at 6:00 pm. Casual dress as Steven was a casual guy. In lieu of flowers, please make a donation to Utah Special Olympics at http://sout.org/ways-to-give/in-memoriam-donations/
To plant trees in memory, please visit our Sympathy Store.
Published by The Salt Lake Tribune on Apr. 1, 2018.
MEMORIAL EVENTS
Apr
3
Memorial service
6:00p.m.
Southeast Christian Church
1881 E Vine Street, Salt Lake City, UT
MAKE A DONATION
MEMORIES & CONDOLENCES
9 Entries
I am sending the family love and strength. I just heard the sad news of Steven's passing. I worked with him in the "Litton Industry" days. He always had a smile and kind word for me. Another Angel in Heaven. He will be dearly missed!


Stacy Snow
Stacy Snow
April 12, 2018
Steve was a wonderful neighbor and friend for over thirty years. We spent many hours talking about how we like to see the world change for the better. He will be missed. My heart and prayers are with his family.
Randy Myers
Neighbor
April 2, 2018
Steve was one of the best. We were co-workers + for over 32 years; we understood each other and performed several "miracles". When Steve passed part of me went also. He is missed already and my thoughts are with his family.
Andrew Huntley
Friend
April 2, 2018
Steve was one of the kindest and most genuine people I've ever met. He helped me through personal issues out of the goodness of his heart when there was no reason for him to do so. That is just the kind of guy Steve was. He will be greatly missed.
April 2, 2018
Steve was such a good person, He will be missed by all. My prayers for comfort are with you at this time. Mike Sato
April 2, 2018
A genuinely nice person and fellow Bear's fan. He will be missed greatly. My thoughts and prayers are with the family.
Patrick Irvine
April 1, 2018
You could never meet a nicer guy. He never passed me in the hall without calling me by name and saying HI. He loved the Special Olympics and His " BEARS." You will be missed. May the Lord comport the family during this tough time
Lindsay Campbell
April 1, 2018
Sending our love, Jenni and Raffi.
Jenni Todd
April 1, 2018
Milo and Zack I'm so sorry to hear of the passing your dad. He was such a great guy. He never passed me in the hall with out asking how I was doing and with a smile.
He Will be missed by many.