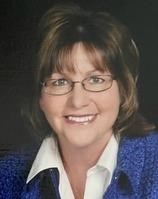 Susan Patricia Wilkins exited this world on September 17, 2021 after her heroic resistance to cancer. She was 69 years old. Although she finished her life in Salt Lake City, Utah, Susan was born in Queens, New York on December 16, 1951 to Wilbur Lindner and Cecilia Eleanor (de Boves) Lindner. She met the love of her life, Ronald Wilkins, as a teenager in New York, with whom she celebrated 51 years of marriage before her passing.

Susan and Ron moved to California in 1971 where they raised 4 children. Susan dedicated herself to caring for and supporting her family.

Susan completed a Bachelor of Arts degree and began her career as a medical transcriptionist in Yuba City, California. She then became office manager at the same orthopedic practice. Susan and her husband later moved to beautiful Hamilton, Montana. There she worked in Senior Administration as Director of Physician Relations at Marcus Daly Memorial Hospital. Moving to Montana allowed Susan to fulfill her dreams of tending chickens, miniature horses, and care for her beloved Yorkshire Terriers.

She leaves a rich legacy of love and family, all of whom are dedicated to keeping her memory alive.

She is preceded in death by her parents Wilbur and Cecilia (de Boves) Lindner and her Aunt Rita Bochow and her Uncle Jack de Boves.

Funeral Mass will be celebrated at the Cathedral of the Madeleine, 331 East South Temple, Salt Lake City at noon on Thursday, September 23, 2021 with graveside services at Mt. Cavalry Catholic Cemetery to follow. Arrangements are entrusted to Starks Funeral Parlor. Please share your memories and photos with her family at www.starksfuneral.com.
Published by The Salt Lake Tribune from Sep. 24 to Sep. 28, 2021.
To plant trees in memory, please visit the Sympathy Store.
MEMORIAL EVENTS
To offer your sympathy during this difficult time, you can now have memorial trees planted in a National Forest in memory of your loved one.
Funeral services provided by:
Starks Funeral Parlor
MAKE A DONATION
MEMORIES & CONDOLENCES
Sponsored by Starks Funeral Parlor.
1 Entry
In loving memory of Susan Wilkins.
Linda Shipp
Work
September 24, 2021
Showing 1 - 1 of 1 results