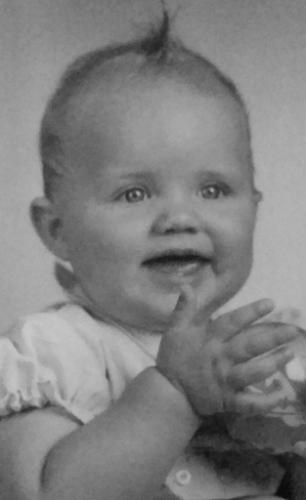 BORN
1959
DIED
2014
FUNERAL HOME
Goff Mortuary
8090 S. State St.
Midvale, UT
Teri Lynn Severnak
1959 ~ 2014
On September 5, 2014, we lost our beloved wife, mother, grandmother, sister, and dearest friend, with her husband Milan by her side.
In January 2014 Teri had a brain hemorrhage and was life-flighted to the U of U where she slipped into a coma. After having brain surgery she was diagnosed with Glioblastoma Grade IV, brain cancer.
After a couple days of being in a coma, she woke up and wasn't able to talk or move. Being the courageous fighter that she was, just a month later she was talking and walking. She amazed each and every one of us each day with the progress she always made. During the 9 months, she never would shed a tear, she was always happy and in such good spirits.
Teri loved fishing, boating, camping, hunting, tubing down the Provo River, going to movies, traveling, taking her grandkids to arcades, and most of all she loved shopping, spending time with her family, and spoiling her grandkids.
She is preceded in death by her mother, Patricia Beaty and father, Edwin Beaty, and grandparents.
She is survived by her husband of 37 years, Milan Severnak, son, Quintin (Sherry) Severnak, daughter, Amber (Josh) Butcher, sister, Cheri Young, brothers, Eddie Beaty and Steven (Brenda) Beaty, and sister, Tiffany Knight, six grandkids, Braden Severnak, Reagan Stockton, Jaden Severnak, Jimmy Liebelt, Ashton Meeke and Colton Meeke.
Funeral services will be held at 11:00 a.m. on Wednesday, September 10, 2014 at Goff Mortuary, 8090 S. State Street, Midvale, Utah. Viewings will be held from 6-8 p.m. on Tuesday evening and 1 hour prior to the funeral service on Wednesday. Interment, Sandy City Cemetery.
www.goffmortuary.com 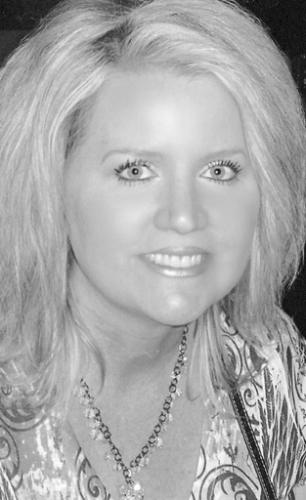 Published by The Salt Lake Tribune on Sep. 7, 2014.
To plant trees in memory, please visit the Sympathy Store.
MEMORIAL EVENTS
Sep
9
Viewing
6:00p.m. - 8:00p.m.
Goff Mortuary
8090 S. State St., Midvale, UT
Sep
10
Funeral service
11:00a.m.
Goff Mortuary
8090 S. State St., Midvale, UT
Funeral services provided by:
Goff Mortuary
MAKE A DONATION
MEMORIES & CONDOLENCES
Sponsored by Goff Mortuary.
12 Entries
Hey grandma, I hope you're having fun up in heaven I love you so much, I wish you were here, if I could do anything in my power to get you here I would but I know that I can't, I miss you so much and I hope that you're having fun with your mom and dad. I love you so much!
Jaden Severnak
July 16, 2015
We are so sorry to hear about Teri's illness and passing. I worked with Teri for many years at Merrill Title Company in the 90's and we were on a bowling team with her and Milan, those were great times! I often think about Teri and smile, our thought an prayers go out to Milan and family. Sincerely, Chyrell and Dan Kuhn, Niceville, Florida
September 9, 2014
I really enjoyed working with Teri at Titanium Solutions in 2009 -2010 and talking with her a couple of times after when she was working for a Title Co. I know her family meant the world to her and hope the memories of her fun vivacious personality help family and friends deal with the loss.
Shawna Pickens
September 8, 2014
Dear Tiffany, I am so sorry to hear about Teri. My heart goes out to you in your time of sorrow. Many thoughts and prayers are with you and your family. Norma Tabish
Norma Tabish
September 8, 2014
My heart aches for your family. I will always remember Teri's beautiful smile and contagious laughter!

Love and Prayers, Heidi and Jill Maddox
September 8, 2014
Very sorry for your loss. She was a wonderful person.
Nancy Blanco
September 8, 2014
I'm sorry to hear about your loss! Teri and my dad married when I was young. She was always good to me and my children. I wish she could have met my youngest daughter. I appreciate the time I had with her. My condolences to Amber and Milan.
Derrick severnak
September 7, 2014
Tiff - Steve, we are so sorry to hear about Teri. The obituary says it all, Teri was such a fighter! I will always remember her big beautiful smile. We send you all our love and prays.

Brian and Cherie Masarone, Herriman Ut
September 7, 2014
Milan and family- My deepest condolences on your loss. May your fond memories sustain you during this difficult time.