ABOUT
Hillcrest High School
FUNERAL HOME
Larkin Mortuary - Salt Lake City
260 East South Temple
Salt Lake City, UT
1965 ~ 2012
"Smart, intensely dedicated, an icon in the Utah State Democratic Party, a near photographic memory, a genuineness rarely experienced, a true renaissance man." All were words flooding the internet at the unbelievable news on March 6th, that Todd R. Taylor had passed away.
Todd Reese Taylor was born on July 23, 1965, the first-born son of Joe Reese Taylor and Florence Todd Taylor of Bountiful. He was born in the building that eventually would house the Utah Democratic Party Offices. It seems that even from birth, Todd was two steps ahead of the rest of us!
Though most of us will remember his extraordinary impact on Utah politics, his career began in science. He graduated from Hillcrest High School in 1983 and then from Snow College where in 1984, he received an Associate Degree in human biology in just one year. Todd earned his Bachelor of Science in Human Biology and his Doctorate of Chiropractic from Logan College of Chiropractic in St. Louis, Missouri, in 1987. He returned to Utah to be close to family and to open his practice in Bountiful. It was through his involvement with the Utah Chiropractic Physicians Association that Todd first became involved in Utah politics. He had found his passion and he never looked back.
Todd's first campaign was with J. Dell Holbrook for Davis County Commissioner, who became the first Democrat in almost 40 years to be elected to that commission. In his many years of experience, Todd has served as a legislative chair, Davis County Democratic Party Chair, a member of the Utah State Democratic Committee's Rules and Elections standing committee, chairman of the Association of State Executive Directors, arranger-in-chief of the Utah Delegation for the past five Democratic National Conventions, and was executive director of the Utah State Democratic Party for six Party Chairs. He held that role for longer than any other state party executive in the nation. The towering piles of paper on his desk showed it. Yet, he could somehow put his hands on any piece of information he needed within 15 seconds!
Todd was also a benevolent listener. He gleaned much of his knowledge of the State's Democratic Party from conversations with the late Governor Calvin L. Rampton, and long conversations with the late John H. Klas and his wife, Jackie Nokes Klas. All were personal friends and shared in his love of politics.
Todd was an excellent cook who especially loved to grill. He often donned his chef's hat to cook with mom Flory for the rest of the family. Todd, with his suspenders, his big booming laugh, his sly sense of humor and his encyclopedic knowledge of politics, the human spine, current events, books and movies made us all better and smarter. His conversations were mesmerizing, something his surviving family members will long remember. It was a rare privilege to sit in his office and talk about the "big picture" or the astonishing amount of political minutia he remembered with exacting detail. There isn't a Democrat elected in the last 20 years in Utah who doesn't owe a debt of gratitude to Todd Taylor. His consummate statesmanship and expertise set the bar for all involved in Utah politics. The impressions that this wonderful man imbued will leave an indelible mark on generations of candidates, campaign managers, advisors, workers and volunteers. He was an advisor, mentor, friend, comrade and a jovial, uplifting soul who always brightened the day for anyone he encountered.
Todd was a beloved son to Joe and Flory Taylor and a brother to La Marr Charles Taylor. He is descended from Kendall Todd and Edna Bacon Todd, whose people were part of the Mormon Migration. The family helped settle the entire Uintah Basin and parts of the Heber Valley. Todd's paternal grandparents, Joseph Taylor and Geraldine Charles Taylor, were members of the original families who settled the Granger and Jordan Valley communities.
In addition, Todd is survived by aunts and uncles Jack Taylor and wife Ann, Jerald Taylor and wife Edna, and Jeri Taylor, Joyce Todd Davis and husband Wayne, Aldena Todd George and husband Steve, Bruce Todd and wife Verla, and Ora Lee Todd Elliott and husband Ron. Todd is survived by many cousins, nieces and nephews. They will miss him with all their hearts.
Todd passed away peacefully in his sleep during the early hours of Tuesday, March 6, 2012. He was at home in House District 20 and Senate District 23. Perhaps we should not be surprised that he is gone so suddenly. Once again, he's two steps ahead of the rest of us! A viewing will be held on Sunday, March 11, 2012, from 6-8 p.m. at Larkin Mortuary, located at 260 East South Temple in Salt Lake City. A memorial will be held in Todd's honor at the Rose Wagner Performing Arts Center at 138 West Broadway (300 So.) in Salt Lake City on Monday, March 12. The family will receive friends from 11:45 a.m. to 12:45 p.m. The service will begin at 1:00 and will be followed by an interment at the Wasatch Lawn Memorial Park at 3401 South Highland Drive in Salt Lake City. An open house celebrating Todd's life will be held for friends and family at the Utah Democratic Party Headquarters on 825 North 300 West in Salt Lake City, from 2:30-5:30 p.m.
The Democratic Party will create a perpetual scholarship, named the "Todd Taylor Intern Scholarship Fund" to be used at any of the state's colleges or universities. Contributions should be made to the Utah Democratic Party Headquarters at 825 North 300 West Suite, #C400, Salt Lake City, Utah, 84103. It is the Taylor family's wish that all contributions from family and friends be directed to that fund.
Rest in peace, Todd: our son, brother, uncle, mentor and friend. We will miss you.

Published by The Salt Lake Tribune from Mar. 10 to Mar. 12, 2012.
To plant trees in memory, please visit the Sympathy Store.
MEMORIAL EVENTS
To offer your sympathy during this difficult time, you can now have memorial trees planted in a National Forest in memory of your loved one.
Funeral services provided by:
Larkin Mortuary - Salt Lake City
MAKE A DONATION
MEMORIES & CONDOLENCES
12 Entries
Joe, Flory and La Marr,
I am so sorry to hear of your loss. I remember good times with Todd. The times spent in Scouts; both Cub Scouts and Boy Scouts. Time spent playing and hanging out at your house in Sandy with some of the guys in the neighborhood: Pete Saldivar, Jared, Torey, Jamie and Sam Swink (and La Marr was usually there too.) You should be so proud of his accomplishments and I am sure you have great memories to help you through this difficult time.
Daniel Scovill
March 22, 2012
Dear Taylor Family,

My thoughts & prayers are with you at this time. I knew Todd from High School. He was always very kind to me. What a wonderful son you have. Thank you for sharing his light with me. May Gods great love encircle you at this time.
Christine Looser Taylor
Christine Taylor
March 19, 2012
Joe and Flory,

It is hard to imagine the Democrat Party in Utah without Todd.

Wish I could be at his service but I will be with you in spirit - I'm the caregiver for me 97 yr old mom (my siblings seam to think I'm an 'only child'' since she has needed full time care)
Julie Clay Pollock
March 14, 2012
I am so shocked and saddened!What an unspeakable loss to our family, but to so many others as well. My heart is with you.
With all of my love
Helen Frances Larkin
March 13, 2012
Joe and Flory,
I just learned of the loss of your son. Please accept my feelings of sympathy. May you be blesssed with love and support for all around you.
Tom Lomax
March 13, 2012
Joe and Flory,
Please accept my heartfelt sympathy. I was unable to make the trip to Utah to formally say farewell, but your family has been in my prayers and thoughts this day. Todd and I would talk by phone periodically, and when he was in Helena on Democratic Party business a few years ago, he called to let me know he was in Montana so we could get together for dinner. I will always remember our midnight tour of the Thomas Jefferson Memorial in D.C., our private tour of the White House, the fun experience of the DNC Convention in Chicago and the Presidential inauguration the following January. I admire Todd's love of the political process, and his service to the Democratic party in Utah and the nation. May God Bless you with peace and comfort during this time of great loss.
Byron Anderson
March 12, 2012
Florie....
Please know you are in our thoughts and prayers at this time. Fifty years ago we would have never thought we would both be burying a son in those times of fun and craziness. I have watched with interest the many accomplishments your son has achieved and the contributions he has made to society. You truly can be proud of his acomplishments. STILL LOVE YOU MY FRIEND. Just know that as a mother I can sincerely relate to you loss! He was a great one.
Dorothy Bryson Zesiger (and Don)
March 12, 2012
Todd always seemed to know a secret. The difference between self importance and self worth. This democracy is not made up of a collective soul, but a collection of souls.
One man with courage is a majority--Thomas Jefferson

Love and Peace to Joe, Flory, LaMarr and family.
Pete Saldivar
March 12, 2012
Joe & Florie,
It is with deep sadness and shock that I learned of the passing of Todd. I know that this is particularly difficult to lose someone so young with expectations so high for the future. There will be many that miss him, but nobody will feel the emptiness quite like you will over the coming weeks and months. May you be comforted in your great loss at this very difficult time.
Dean Harmon
March 12, 2012
Todd was a brilliant and torch-bearing ambassador of true Democracy,and political justice ; serving life, liberty and wellbeing for Americans. He mastered the history, and knew the greater philosophical context of Democratic ideals while being an electioneering expert - no one his equal. All this while being an easy-going, unassuming associate and friend serving all with casual humor and competence. Thank you, Todd. I wait to see you again. Elizabeth Chipman
ELizabeth Chipman
March 11, 2012
Dear Taylor Family
Oh, how I wish I had told Todd more often how much I appreciated his service, support and "know how" (schmartz) --expertise and common sense. He was blessed with the abilities of a great teacher and leader. Yet, he stood in the background and help those of us who ran for office - shine like "stars". He made us all proud to be called "damn Democrats"!

It does not seem possible that he has left us. He is most likely getting Heaven organized for the rest of us to follow him. I will truly miss this this wonderful man...he was very kind and good to me.

May the Lord bless your family. 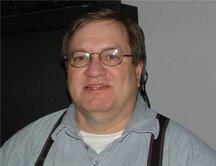 The Carl A. Taylor family will keep your family in our thoughts and prayers during this most difficult of times.

May your memories be of great comfort to you.