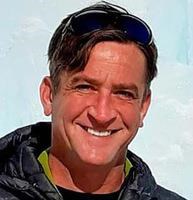 Troy was born May 31, 1973 in Johnson City, Tennessee, to parents Tony Neil Keys and Trudy Sharron Waldrop. Troy was always athletic and loved adrenaline sports. He raced BMX bikes competitively as a child and transitioned to an avid skater as a teen. He graduated from David Crockett High School in Jonesborough, Tennessee, in 1991, and started skydiving in 1992, where he fell in love with flying. Troy served in Desert Storm for the US Air Force, which he served from 1992 to 1996. During this time, Troy married Rhonda Hampton and they had their daughter, Darian Summer, in 1994.

Troy became a professional skydiver in 1995 as a videographer for the National Champion 4-way team Genesis, as well as tandem dives in Florida. He met his then future wife Stephanie Greathouse at the 1997 National Skydiving Championships in Perris Valley, CA, and Troy moved to Arizona to be with her. They moved to Sierra Summit Ski Resort in 2001 where he worked as a terrain park snowcat operator, building his snow terrain playgrounds at night, and playing on his creations during the day. He also managed the marinas at Shaver Lake and Edison Lakes during the summer.

Troy and Stephanie were married on February 14, 2005, in Lake Tahoe, California. They lived in Mammoth Lakes, California from 2004 to 2010, enjoying the High Sierra outdoors while backpacking, mountain biking, skiing, fishing, mountain climbing, paragliding, or chilling in one of Mammoth's epic natural hot springs. They moved to Utah in 2010 where Troy worked for Superfly Paragliding as a rigger and coach. But the mountains beckoned, so Troy and Stephanie moved to Park City working at Canyons Ski Area. Their first daughter Jenna was born in 2011 and Elliana was born in 2013. Troy loved taking his girls skiing and sharing his passion to live life to the fullest. Troy was determined to fly as often and as much as possible all around the world, with his paramotor to assist in keeping his feet off the ground.

Troy is now on his ultimate flight, but he will be missed tremendously. He mastered the skill of playing professionally and shared that passion with many, especially his daughters, so his legacy will keep flying! Troy was truly a Peter Pan and lived a full, fun, and adventurous life in his short 48 years
Published by The Salt Lake Tribune from Sep. 25 to Oct. 3, 2021.
To plant trees in memory, please visit the Sympathy Store.
MEMORIAL EVENTS
To offer your sympathy during this difficult time, you can now have memorial trees planted in a National Forest in memory of your loved one.
MAKE A DONATION
MEMORIES & CONDOLENCES
0 Entries
Be the first to post a memory or condolences.