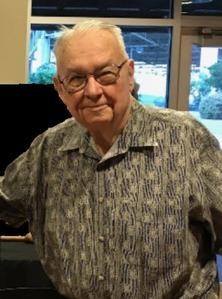 Colonel Anthony W. Mays, M.D., of Universal City, TX transitioned peacefully to be with our Lord on December 30, 2021 at the age of 90.

He was born in Seguin, Texas 5 January, 1931 to Anthony Mays and Azalea Zuehl Mays. He is better known in Seguin as, "Buster." He attended St. Joseph's Catholic School. He graduated from Seguin High School, and then went on to attend Texas Lutheran College. He graduated from the University of Texas Austin with a B.A. degree. Anthony received his Doctor of Medicine degree from The University of Texas, Galveston Medical Branch in 1956. He interned and did a Family Practice residency at John Peter Smith City-Council Hospital in Fort Worth, Texas. There, he met Jeri, who became his wife and life partner.

While awaiting his service call under the Doctor Draft Act, he practiced medicine in Throckmorton, Texas and later in Seguin where he was County Health Officer. While on active duty with the Army, he attended the U.S. Army Aviation School of Aviation Medicine. After serving as Flight Surgeon and Aviation Battalion Surgeon of Fort Sill, Oklahoma, he opened his own civilian practice in Schertz, Texas where he practiced medicine until 1984. Anthony became active in the Army National Guard where he served as Medical Company Commander and then as Medical Battalion Commander and later as 49th Armored Division Surgeon. Anthony was appointed as the State Surgeon for the Texas National Guard in 1988. While with the Guard, he served duty tours in Italy and with the 121st Evac Hospital in Korea.

After transferring to the Army Reserves, he was deployed to Honduras with the 114th Evac Hospital. Anthony was later deployed to Saudi Arabia with the same unit during Operation Desert Storm. He later served on the Army Physical Evaluations Board at Fort Sam Houston. Anthony thoroughly enjoyed his military career having joined the Texas National Guard at the age of 17. Serving with Battery B, 155th Field Artillery, 36th Division in Seguin. He was particularly proud to have served as an enlisted soldier and later as Battalion Surgeon in Artillery, Infantry, Armor, and Aviation (then transportation Corps.)

He retired with the rank of full Colonel in 1994. His decorations included the Army Legion of Merit, the Army Meritorious Service Medal and Army Commendation Medal awarded three separate time. Organizations include: American Legion, Veterans of Foreign Wars, Sons of The American Revolution, National Guard Association of Texas. Anthony was a Master Mason and 32-degree Scottish Rite.

He served his community as City Health Officer for Universal City for 25 years. He was on the initial Board of Cibolo Creek Municipal Authority. Anthony was a board member of the Cibolo Industrial Park and one of the founders of The Schertz Business Club. He helped train the original members of SAFES Emergency organization and served as their Medical Director for many years. He also served on The Board of Seguin Savings Association. Anthony served on the original Board of Directors of the Village Oaks Hospital, now the Northeast Methodist Hospital. In 1979, Anthony was elected as Chief of Staff of the North East Baptist Hospital. He was a medical staff member of the Santa Rosa Hospital, Baptist Hospitals, Metropolitan Hospital and Methodist Hospitals.

He and his wife, Jeri, thoroughly enjoyed traveling, having visited all 7 continents and 44 countries. Every year Anthony took his family on exotic vacations around the world. Anthony also enjoyed flying. He was very proud of having obtained his Private Pilot's License for single engine and glider air crafts.

He was preceded in death by his father, Anthony Mays Sr., mother Azalea Zuehl Mays and his sisters Mary Lee Roberts of Seguin, Texas and Azalea Rita Konop of Austin, Texas. Sadly, he is also preceded in death by his love of his life, his caring and wonderful wife of 58 years, Helen "Jeri" Mays. He is survived by his four children whom he loved dearly, Anthony Mays III and wife Shirley, Kimberley O'Reilly and husband Robert, Melissa Drennan and Robert Mays, and wife Elizabeth. The special loves of his life are his grandchildren; Stephanie Lea and her husband Ryan, Michael Mays, and Robert "Roby" Mays. He also has one great grandchild, Wyatt Lea and a second great grandchild on the way, Madeline Jeri Lea. Anthony also has a very beloved cat whom he named Kitty. 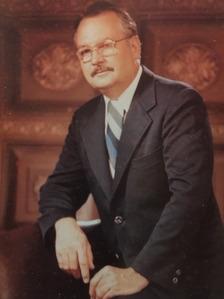