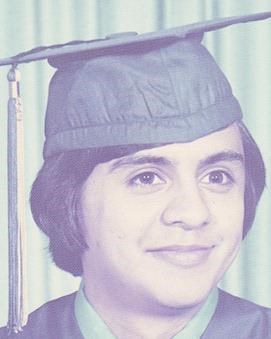 FUNERAL HOME
ANGELUS FUNERAL HOME
1119 N SAINT MARYS Street
San Antonio, TX
February 18, 2016
Arthur Navarro Muraida entered God's loving arms February 18, 2016. He was born in San Antonio, Texas on November 14, 1954 to Anastacia Weaver Navarro & the late Paul H. Muraida. Where does one start to tell about the life of someone so loving, caring and giving of others? Always looking out for the underdog, Art participated in dozens of fund-raising and in-kind projects from March of Dimes to Handicap Rights to City Council public initiatives and everywhere in between. After serious illnesses as a youth threatened to end his life, he fought out of a month long coma, regained his motor skills and learned how to walk again.

After graduating from Holy Cross High School he went on to receive a Bachelors and then Masters Degree in Social Work from Our Lady of the Lake University. He was the one who would not hesitate to help the elderly resident without electricity, the immigrant struggling to receive her long deserved citizenship, the handicapped individual fighting for a paved sidewalk to reach their home. His constant love for others and hilarious sense of humor will be greatly missed.

Visitation will begin Tuesday, February 23rd at 5:00 P.M. in The Angelus Chapel with a Rosary to be recited at 7:00 P.M. Funeral procession will depart The Angelus Funeral Home Wednesday, February 24th at 9:30 A.M. for a Funeral Mass to be offered at 10:00 A.M. at San Fernando Cathedral. Interment will follow at San Fernando Archdiocesan Cemetery No. 2. Condolences may be sent to the Muraida family at www.theangelusfuneralhome.com Arrangements by: 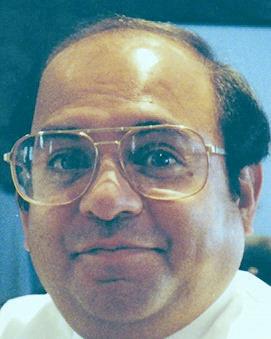 Leo Mancilla
Leo Mancilla
February 22, 2016
Arthur, nice guy who did good things for people in need, you will be missed. I was a classmate from First grade all the way to High School with you , St John Berchmans and Holy Cross. We were all a good bunch of kids from St John Berchmans, and had always good memories , My deepest condolences..

Leo Mancilla Jr
Leo Mancilla Jr
February 22, 2016
My condolences to the Muraida Family. I knew Art from Holy Cross. May he rest in peace.
Eddie Tijerina HC Class of "77"
February 22, 2016
May God bless you and your family in this time of sorrow.
Vaughn Caudill
February 22, 2016
My deepest condolences to the Muraida family during this difficult time. I was a classmate of Arthur's at St John Berchmans as well as a resident of Academy Avenue. I lost touch with him after elementary school but was glad to read in the obituary that he overcame his health problems and lived a life of sevice. I hope that the good memories help you'll through this difficult time. May he rest in eternal peace.
Cecilia Herrera-Diaz
February 22, 2016
Our thoughts and prayers are with you.in your time of grief. Our deepest condolences. First met Art in 2003 in TDY to School. He will be missed.
Jan Johnson
February 22, 2016
Your family is in our thoughts and prayers. This is a beautiful tribute to Arthur. We have lit a candle in his memory. May his passage be swift and may his next great adventure be spectacular.

Much love,
Heather, Charles and River Moyer
Heather Moyer
February 22, 2016
I am very sorry for your loss. May the God of all comfort be with you during this difficult time. My thoughts and prayers are with you in your time of grief. May your memories bring you comfort. My heartfelt condolences to the family during this time of sorrow. (1Corinthains 15:26) (Isaiah 61:1,2) Please find peace in knowing that He understands your grief and He cares. 1 Peter 5:6
alex cholico
February 22, 2016
We will miss Arthur jokes and calling us for homer to go check his house because his alarm went off .he was a wonderful man .he would give us permission to park in his driveway. And tell us just leave the keys .may he rest in peace.
Homer &Mary Silva
February 21, 2016
Ou r condolences to all the family may our dear lord give you strength we cared for Arthur so much and took care of his house always.may he rest in peace.
Homer &Mary Silva
February 21, 2016
Showing 1 - 30 of 30 results