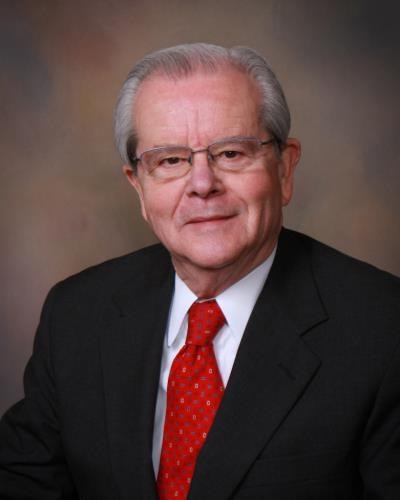 Arthur C. Troilo Jr. was born in San Antonio, Texas on September 17, 1931 and passed away on October 8, 2020 at the age of 89. He is preceded in death by: parents, Arthur C. Troilo Sr. and Maria "Nena" Sottil; brothers, Thomas Troilo and Raymond Troilo; beloved wife of 67 years, Nancy Sullivan Troilo and son, Peter A. Troilo.

In 1953, Arthur married Nancy Sullivan –the love of his life- at St. Mary's Chapel (Our Lady of Grace Catholic Church) and the newlyweds spent their honeymoon in New York City, before Arthur was to report for active duty in the United States Army.

Upon graduation from college, Mr. Troilo was commissioned a 2nd Lieutenant and deployed as a Field Artillery Officer, in the 20th FA Battalion in Germany, from 1953-54. He maintained his Reserve Officer status and held the rank of Captain in the U.S. Army JAG Corps until 1965.

After completing active duty, Arthur & Nancy moved their family to Austin so Arthur could attend law school. Mr. Troilo received his law degree from the University of Texas, School of Law in 1957 and was admitted to the Texas Bar in 1956.

Arthur Troilo worked as an assistant city attorney and later served as 1st Assistant City Attorney for the City of San Antonio from 1960-62. He was tasked with various important municipal projects; such as, writing the first subdivision regulations for the City; the trials of numerous eminent domain cases for extending IH-10; expansion of the San Antonio Airport; and later coordinating the acquisition of 408 parcels of downtown property for Hemisfair '68.

In 1962, Mr. Troilo joined the law firm of Sawtelle, Hardy, Davis & Goode and was one of the founders of the firm, Sawtelle, Goode, Troilo & Leighton, which later became the Law Firm of Davidson & Troilo; now known as Davidson, Troilo, Ream & Garza. He served as managing partner and senior board chairman; and was Senior Counsel for Davidson, Troilo, Ream & Garza until his death. Arthur was very devoted to clients, attorneys and staff; and provided strong leadership and guidance during his nearly six decade legal career.

During his career, Mr. Troilo served as legal counsel for agencies in the cities of San Marcos, Schertz and Eagle Pass. He represented various media clients, including: Station KWEX-TV; GE Cablevision; Rogers Cable Systems; and provided valued legal guidance to corporate management, Mexican companies and foreign nationals doing business in the United States. He was counsel to GKDA and outside general counsel for the Port Authority of San Antonio for over 17 years.

He was a member of: San Antonio and American Bar Associations, serving on the Board of Directors for the SA Bar Association, 1968-1969; and serving on the State Bar of Texas Grievance Committee, 1973-74; a Fellow in the Texas Bar Foundation and San Antonio Bar Foundation. His law practice areas were: business, corporate, municipal and international law. Mr. Troilo authored several articles, including, The Texas Urban Renewal Law – An Important But Primitive Tool for Community Development, published in the St. Mary's Law Journal.

Arthur Troilo was very fluent in Spanish and spoke Italian, was active in civic and political activities, and was a lifelong conservative Republican. He was strongly committed to supporting good government reforms and to the high calling of public service.

He was a precinct chairman in Castle Hills for 10 years; was elected to the State Republican Executive Committee and received into the Bexar County Republican Party Hall of Fame in 1999.

In 1968, Mr. Troilo was appointed an appellate administrative Judge to sit on a Reviewing Authority panel in Washington, D.C. and hear appeals concerning compliance with the Civil Rights Act. In 1970, he was appointed Special Assistant to the Secretary of HUD and served for two years in that role to U.S. Secretary of Housing and Urban Development, George Romney. During his appointment at HUD, the Troilo family lived in Silver Spring, MD and attended several White House functions for dignitaries.

Arthur Troilo also served as an official (HUD) delegate to the NATO Conference on Cities; was appointed by the U.S. Secretary of the Interior to the San Antonio Missions National Park Advisory Council; and, appointed by President Reagan and Vice President Bush to be Texas Coordinator for Southwest Border Action Group, coordinating economic programs to border areas.

He was also especially devoted to the preservation of the old Spanish missions serving as a founding member and later chairman of Los Compadres de San Antonio support organization for over 30 years. He was also a member of Greater Chamber of San Antonio Economic Development Foundation and Texas Good Neighbor Commission.

Arthur belonged to Blessed Sacrament, Our Lady of Grace, Holy Spirit and St. Matthew Parishes. He was a founding board member of the Catholic Consultation Center and a member of the Archbishops Review Board.

Arthur Troilo was a pillar and guiding light for his law firm, fellow colleagues and the legal profession. Clients respected and relied on him, not just for his vast legal knowledge and wisdom; but also for the astute counsel and calmness he would bring to any problem. He was an admired mentor to many attorneys and elected leaders, and his carefully chosen words of advice were worth the listen.

Arthur enjoyed traveling to Mexico, Canada, Spain, Italy and Europe; and he and Nancy especially enjoyed hosting family summer vacations at the Texas Coast. He also enjoyed classical music, opera and fine art. He was a loving and caring father, grandfather and great-grandfather, was loved and will be missed by his family and friends.

In lieu of flowers, donations in the memory of Arthur Troilo Jr. may be made to: Central Catholic High School –The Fund for Central Catholic, 1403 N. St. Mary's Street, San Antonio TX 78215, www.cchs-satx.org

Arthur's services will be livestreamed and can be viewed via his obituary at the Porter Loring Website.

Please accept our most heartfelt condolences to you and the extended Troilo Family, for the loss of your Dad. I have such wonderful memories of your Dad (and Mom) as a young person growing up. Our thoughts and prayers are with you as we fondly remember and are thankful for Mr. Troilohe was always a shining example and role model of what it meant to be a “Dad” and a “family man”. We will long remember and miss him as will the many people he helped over the years.

Vincent and Lupe Valdespino and the extended Valdespino Family from Our Lady of Grace and St Anthony."
Vincent Valdespino
Friend
November 20, 2020
I had the pleasure and honor of knowing Arthur for almost fifty years through my legal career, bar association activities and community service. Arthur was one of those mentors I turned to for advice and counsel. He was a good friend and a great resource to our community, he will be missed. Our condolences to his friends and family.
Wayne Fagan
Friend
November 8, 2020
Showing 1 - 2 of 2 results