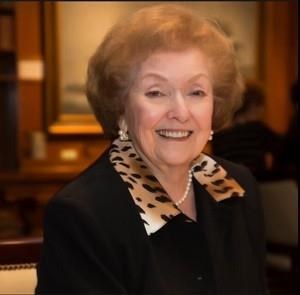 She worked for Consolidated Aircraft during WWII. They moved to Abilene after Tommy returned from his military service in Japan. Tommy's career with Luby's Cafeterias relocated them to San Antonio in the 1950's.

Barbara was a long time member of Trinity Baptist Church. She volunteered her time with various organizations.

Barbara had a very special group of friends that met monthly to play canasta.

We aren't sure how much canasta was really played but the conversation and laughter were plenty.

The family would like to thank the caring staff at Adante Memory Care, and the nurses of Encompass Hospice.

In lieu of flowers, donations may be made to Trinity Baptist Church or the charity of your choice.