BORN
1936
DIED
2018
FUNERAL HOME
Mission Park Funeral Chapels Cherry Ridge
3401 Cherry Ridge Dr
San Antonio, TX
March 8, 1936 - September 21, 2018
Barbara Jean Kirk, born March 08, 1936, was given back to the Lord on September 21, 2018. Barbara was born and raised in Chicago, Illinois and came to Texas as a young mother in 1958. She was a brave and strong woman who lived her life on her own terms. Barbara spent decades as a Cancer Tumor Registrar, retiring from Audie Murphy VA Hospital as Manager of the Cancer Registry. The life-long friendships she formed with co-workers sustained her through the years.

Barbara enjoyed gardening and had a particular love for fresh flowers. She lived to share her delicious cooking with all her family and friends. Barbara was known for her trendy style in both her wardrobe and home. She was a loyal Spurs fan, always cheering loudly for her team regardless of a win or loss.

Barbara was preceded in death by her parents, Raymond and Hazel Crist, her sister, Elizabeth Kromer, and her son, Christopher Jon Hollett.

Barbara will also live on in the memories of her numerous friends and extended family.

Services
Services will be held at Mission Park Funeral Chapels North at 3401 Cherry Ridge at 12:00 pm on October 13, 2018. A private interment will be held at a later date.

Contributions can be made in Barbara's honor to San Antonio Area Scottie and Westie Rescue. 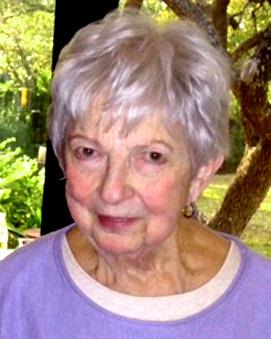 Published by San Antonio Express-News on Oct. 7, 2018.
To plant trees in memory, please visit the Sympathy Store.
MEMORIAL EVENTS
Oct
13
Service
12:00p.m.
Mission Park Funeral Chapels Cherry Ridge
3401 Cherry Ridge Dr, San Antonio, TX
Funeral services provided by:
Mission Park Funeral Chapels Cherry Ridge
MAKE A DONATION
MEMORIES & CONDOLENCES
Sponsored by Mission Park Funeral Chapels Cherry Ridge.
4 Entries
BARBARA was lots of fun to be around. When I met Barbara we hit it just right-we always tried to get together at the cancer registry meetings and have a good time.
I will never forget the time we were at the NCRA mtg in Chicago where Rosemary McKee was installed as president and we wanted her to have a flower courage. We went looking for one, and
noticed in the next room there were some white carnations flowers pinned to a table. We decided
to take some of them and make a courage for Rosemary. Then we found the reception was to be held in that same room, hoping that nobody would noticed some of the carnations were missing. We laughed so much about it-people were wondering what we were laughing at.
Her memories will always be with me, especially the time we got stuck in the elevator at the NCRA San Francisco meeting for 2hrs. She will always be in my heart. May she rest in peace.

LUPE FUNK
Houston, Texas
LUPE FUNK
Friend
October 18, 2018
Our deepest condolences to the Kirk family. Barbara was a very special person to us, we always looked forward to seeing her happy face at our office. She will be greatly missed.
Legacy Dental SA Team
October 17, 2018
Legacy Dental SA Team
October 17, 2018
Barbara was such a fun lady to be around. I had first met Barbara in 1986 when she was the manager at the VA Cancer Registry department. We then came across each other's paths years later when I was working at Methodist Hospital Cancer Registry under the supervision of Rosemary McKee. It was during that time that I would attend many training workshops given by the Texas Cancer Registry where I would run into Barbara. One of those times stands out in my memory so well. Barbara & I were sitting in the very back row together & at that time she was on oxygen, therefore she had her oxygen tank with her. I also learned at that time she had a hearing issue only because I leaned over to whisper something to her since we had a speaker giving a lecture, after I had told her something in her ear quietly so others would not hear she shouts "What?" Needless to say everyone looked over to us & I just said, "I'll tell you later". I must admit I giggled & so did she after she said loudly, "OK". Right after that incident, she received a phone call on her cell phone, which of course the volume was pretty loud, she answered the phone & realized that everyone was looking at her so she unhooked herself from the oxygen tank & went out from the room. Suddenly a beeping noise was going off, it was her oxygen tank alarm. Everyone was starring at me so I spoke & said, "It's her oxygen tank going off", everyone in the room laughed. Unfortunately for me that was the last time I saw Barbara. I will miss seeing her & most of all laughing with her. I know though she is in heaven with her beloved family that have already passed. I also know one day I too shall see her & laugh again with her in heaven.
Lucia Ochoa
Friend
October 15, 2018
Showing 1 - 4 of 4 results