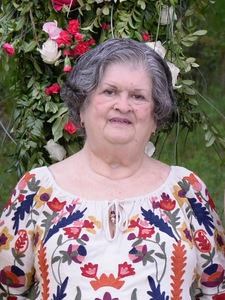 Barbara Celeste Watkins died June 28, 2021 in Colorado Springs at the age of 76.

Barbara was born on November 17, 1944 in Austin, Texas. She was the first child of C.A. and Lela Watkins who moved to their ranch in Las Animas, Colorado when Barbara was two years old. As the eldest child of five, she deeply loved and often "directed" members of her family.

She is survived by two sisters, Becky Pritchard and Susan Watkins, and by a brother, Mark (Deb) Watkins. She is also survived by three nephews, Shane Pritchard, Drew Pritchard, and Zane Watkins, and six nieces, Lauri Boyd, Pam Romjue, Lindsay Watkins, Jamie Watkins, Anna Mistich and Amy Maestas. She was preceded in death by her parents and by her brother, Jay Watkins.

Over a 43-year span, Barbara served in a number of leadership positions for the VA, first as chief of dietetic service at VA Medical Centers in Phoenix, AZ, and at San Antonio, TX. As one of the first women in the VA younger than 40 years old to achieve a 14 Government Service Ranking, she was selected as member of the U. S. Senior Executive Service. Barbara assumed the Associate Director position at the VA Medical Center in Allen Park, MI and was then appointed Associate Director in Oklahoma City, OK. In 2002, she was named Director of the Department of Veterans Affairs Medical Center in Alexandria, La. where she served until she retired in 2009.

She returned to San Antonio to retire, re-directing her focus to travel, cooking, cheering on her much-loved New Orleans Saints and San Antonio Spurs, and maintaining close connections with family and friends made as a result of her career placements throughout the country. In 2019, Barbara moved from San Antonio to Colorado Springs to be near her sisters and brother.

Barbara was a natural leader, a great cook, and a loyal and generous friend and family member. Her life will be celebrated at a service at 1 p.m. Saturday, July 24 at the VFW Hall, 318 Third St., in Las Animas, CO. The family requests that those wishing to make donations in her honor send them to Haven for Hope in San Antonio (havenforhope.org) or Next for Autism (www.nextforautism.org).

To plant trees in memory, please visit our Sympathy Store.
Published by Express-News on Jul. 18, 2021.
MEMORIAL EVENTS
Jul
24
Service
1:00p.m.
VFW Hall
318 Third St, Las Animas, CO
Funeral services provided by:
Cappadona Funeral Home
MAKE A DONATION
MEMORIES & CONDOLENCES
Sponsored by Cappadona Funeral Home.
2 Entries
To Barbara's family - We are reeling from the news of Barbara's passing which we just happened upon a few minutes ago. Barbara was a huge influence on my young adult life as she believed in me and gave me leadership opportunities that would not have been possible any other way. Those opportunities set the course for the lion's share of my adult life. My wife and I felt the call to ministry in 1996 and Barbara enthusiastically supported our calling - she was one of our first financial partners and she stayed with us for 25 years!! She was a strong, intelligent and highly capable lady with a lot of class and a great sense of humor. She will be missed. Our deepest condolences to all of Barbara's family, friends, and community.
Matt & Betsy Guilford
Friend
July 23, 2021
Barbara and I were high school and college classmates. Today we learned of her passing and offer her family our deepest condolences. Her life of service touched so many people; may the recognition of that service bring a sense of peace to those whom she loved most dearly. Our thoughts and prayers are with you.
Harold Hansen and family
School
July 22, 2021
Showing 1 - 2 of 2 results