Dana created and, with a thick accent, played the Bolivian character José Jiménez, frequently as an astronaut, on television programs. He created the character in 1959.

Dana served in the U.S. Army during World War II, earning a Bronze Star as a combat infantryman. After the war, he began his career as an NBC page. At night, he performed in New York City nightclubs along with partner Gene Wood.

In the 1950s, he performed on “The Imogene Coca Show,” “The Danny Thomas Show,” and “The Martha Raye Show.” Dana also wrote for and produced “The Spike Jones Show.”

Dana’s career began to be noticed after he wrote comedy routines for the stand-up comedian Don Adams. Among them was the “Would you believe?” routine that Adams later used on his sitcom “Get Smart.” With that success, Dana was hired to write for “The Steve Allen Show,” the program for which he originated the Jiménez character for Allen’s “Man in the Street” interviews. Dana also played Jiménez on “The Ed Sullivan Show” as well as Dana’s eponymous sitcom, which aired from 1963 to 1965; he played the character as a clumsy bellhop.

Dana also wrote for several television shows, and he penned lines including those for the episode of “All in the Family” that featured the actor and singer Sammy Davis Jr.

In 1997, Dana received an image award from the National Hispanic Media Coalition.

Dana is survived by his wife, the former Evelyn Shular.

Published by San Antonio Express-News on Jun. 19, 2017.
MEMORIAL EVENTS
MAKE A DONATION
MEMORIES & CONDOLENCES
52 Entries
One of my favorite actors! Now, he's carried that character to Heaven, fly high my friend....."Angelo"...
Scotty Westbrook
July 22, 2018
OK, Jose. You're on your way!

RIP
Ed Sullivan
June 23, 2018
Condolences to Mrs. Dana and family.
I laughed with everyone else at the Jimenez caracter.
He lived a long life making people smile.
May the God of all comfort strengthen you at this time.
June 26, 2017 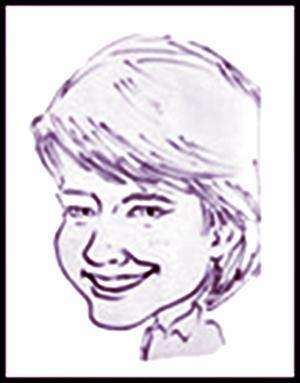 Wonderful memories of growing up in suburban Minneapolis and watching Mr. Dana on The Ed Sullivan Show.

A wonderful performer, a talented writer, Bill Dana was a American cultural institution and his passing should be receiving more national attention than it has, but as those running the nation's newsrooms become progressively younger...

Nashville has been lucky to have had Bill Dana in our midst, during recent years, I hope he viewed his time here as years well spent.

May Bill Dana's memory be for a blessing.
Stacy Harris
June 25, 2017
I remember when I was a little girl and would never miss seeing him on TV. I am now 60+and still remember how funny he was.
Bill Dana will always be in my thoughts and old time memories.
Jose' Jemeniez will live in my heart forever.
My condolenses to the family and friends.
Ava Pearson
June 23, 2017
Over his long career, he made millions of people laugh. Some of those millions had troubles that, during their laughter, they momentarily forgot. He was a healer, specializing in the Funny Bone.
I recall, as a child, sitting on the family sofa and laughing at the deadpan responses of Jose Jimenez. My mother was Belgian, and had a thick accent herself, so perhaps she identified with Jose and his struggles with English. My parents would never have allowed any kind of racism, but they didn't see Bill's character as demeaning. Laughing at yourself is a gentle art that reflects a gentle soul. Bill, that gentle soul, made us laugh.
June 22, 2017
May your family be comforted with all your wonderful memories ...looking at his face for 60 years still makes me smile. I hope he's yucking it up above.
Betsy Paul
June 22, 2017
What a good long and wonderful life Bill Dana enjoyed! So many cannot say the same. May he forever be in our hearts and in God's book of life.
June 22, 2017
I am so sorry to hear of Bills passing. He brought such joy to our home with his writing and comedy. I have missd him over the years.
John Price
June 21, 2017
My family so looked forward to seen "Jose", thank you for those wonderful times. To his family so very sorry for your loss, thank you for sharing him with us!
Michaeleen Teixeira
June 21, 2017
My condolences are with his dear family. May God continue to watch over them during this loss.
AW
June 21, 2017
Dear Mr. Dana:

You made us laugh; you made us think. Your legacy lives on in that classic episode that showed Sammy Davis, Jr. meeting Archie Bunker. It is hard to imagine that show and Get Smart! without your guiding hand.

Buckeye Fan
June 21, 2017
He gave us so much laughter.
Cindy
June 21, 2017
Bill Dana made millions laugh for years upon years...thoughts go out to the family as they await the time when god will "wipe out all tears and death will be no more" as promised.
Christopher Maduri
Cleveland
June 21, 2017
Grief can be so hard, but our special memories help us cope. Remembering you and your loved one today and always.
June 21, 2017
I'm so sorry to hear of our loss of my favorite comedian he was my idol since i saw him in the ed- Sullivan, it so happens that my name is Joe Jimenez.
Joseph Jimenez
June 20, 2017
May the God of all peace bring comfort to the Dana family and friends at this difficult time.c
Carlotta
June 20, 2017
Mr. Dana was a great actor. My deepest sympathy to his family. Psalms 90:10 shows how he lived a long life of special mightiness from God. May the comfort of God be with you all during this time of grief. Keep his many, many memories close in your hearts and minds and cherish them forever.
Betty Armour-Fowler
June 20, 2017
Rest in peace.
June 20, 2017
I can still hear in my head, from my memories as a preschooler...."My name is José Jiménez..."
LaNell Barrett
June 20, 2017
Thank you Bill for all the fun you shared with us on and off the stage..I sincerely appreciate you for taking the time to attend your ol' friend AL DELORY Cinco shows here in Nashville,Tn over the years..You always were so warm and friendly with the crowd..Rest in Peace,God Bless..

Your Friend and Fan,
CAPPO
CAPPO
June 20, 2017
My condolences goes out to the family he was a great actor RIP Bill you will never be forgotten
Carol Grant
June 20, 2017
Thank you for all the laughs and fun you gave to America. Blessings to you and family.
john w Taylor
June 20, 2017
I met him once years ago while he was visiting his mother here in Reno. A very nice fellow. I remember his iconic character well. Thank you for the laughs, sir. And for your service to our country.
Steve Chism
June 20, 2017
A huge talent in the entertainment world. Sure, he touched our hearts and made us laugh, but was not one dementional. All the behind the scenes work he did is phenominal. We can never thank him enough for the joy he has brought to our lives. We need more Bill Dana's in the world today to combat all the negativity that goes on. With a sad heart I send out prayers to his family and for his memory.
Bobby Wilcox
June 20, 2017
Matthew McGuire
June 20, 2017
Adios, Jose', gracias for all the laughs.
June 20, 2017
Valenda Newell
June 20, 2017
God Bless - many found memories of you growing up. You will be missed by many.
June 20, 2017
Thanks for all the laughs, Bill...You will forever remain a true entertainment classic!
Les Breese
June 20, 2017
The Best Of The Best!!!! Another Sad Lost.TV Is Not What It Used To Be Which Makes It Sadder.Bill Dana Was Great And Always Be Remembered By Loving Fans. REST In Peace, A Fan And Family
June 19, 2017
Prayers for his family. I have good memories of watching him when I was a lot younger. Enjoyed him so much! Talented man.
Irma Schneider
June 19, 2017
A great talent, he will be remembered!
Barbara Amster
June 19, 2017
I use to watch Mr.Dana with my grandmother. Very fond memories. Rest in peace and much love.
Claire Meyer
June 19, 2017
Wonderful guy, first time I saw him on You Bet Your Life I knew he would be around a long time . RIP Jose
June 19, 2017
May the peace that surpasses all understanding will guard your hearts during this time.
Andrea
June 19, 2017
My thoughts and prayers are with the family of Bill Dana. Remember him and the other Man on the Street comics. What a great group. What wonderful memories. May he rest in peace.
J J
June 19, 2017
Deepest condolences to Mr Bill Dana's loved ones. May Bill be in heaven with his friend Mr Don Adams and many great comedians. Bill will be missed. Rest in peace Uncle Angelo.
A L
June 19, 2017
Linda Tracy
June 19, 2017
Jose can you see? Hilarious skit.
Alan
June 19, 2017
Bill was an outstanding talent who was excellent in every role he performed. May his family be surrounded by love and peace at this very sad time. A Fan
June 19, 2017
Such a funny, funny man. Condolences to his family and may he rest in peace.
Joan C.
June 19, 2017
Rest in Peace Uncle Angelo. May the reunion with some of the Golden Girls be joyful. You will be missed.
Garcia
June 19, 2017
When I am overcome with the loss of my loved ones, I remember the encouraging words found at Psalm 61:2....."from the ends of the earth I will cry out to you when my heart is in despair. Lead me on to a rock that is higher than I am." I hope they bring you a measure of comfort as well
Kathy
June 19, 2017
My deepest condolences to the family and friends of Bill. Rest assured life is precious to our Creator. He promise to act in our behalf.
1 Corinthians 15:26
Christian
June 19, 2017
As a child, very young girl of 6 and 7... I remember standing at the family TV screen and loving how he spoke. I always remembered that voice! Happy trails......
Mare Blackshear
June 19, 2017
As a child, watching Ed Sullivan, I always enjoyed see Mr. Dana perform, along with the Beatles, Topo Giogio, Senor Wences and the endless supply of great entertainers.
I am thankful we had such a great selection of talent to watch, every Sunday night.

My sympathies to all family and friends.

Holly
June 19, 2017
Such a talented man, writing and developing numerous characters that resonated with audiences over the years. For his dear family, my condolences.Ecclesiastes 3:22; Psalms 62:11,12.
June 19, 2017
Godspeed Bill, and thank you for sharing a part of your life with us.

Rest Bill, until you hear at dawn,
the low, clear reveille of God.

Thank you for your service to this nation.
Harry Simpson
June 19, 2017
RIP. He seemed like such a good man, as well as so talented. My favorite of his characters was Angelo on GOLDEN GIRLS. Sympathy to all his family and friends.
Michelle Honick
June 19, 2017
God Bless ! Condolences to his family.
Steven
June 19, 2017
Mr Dana was a multitalalented man and we thank his family for sharing him with us. As you keep on enduring the grief of the lost of your dear loved one may you know that God is here for you to lean on. May he give you the comfort and strength that you need at this difficult time. God love you.
June 19, 2017
Showing 1 - 52 of 52 results